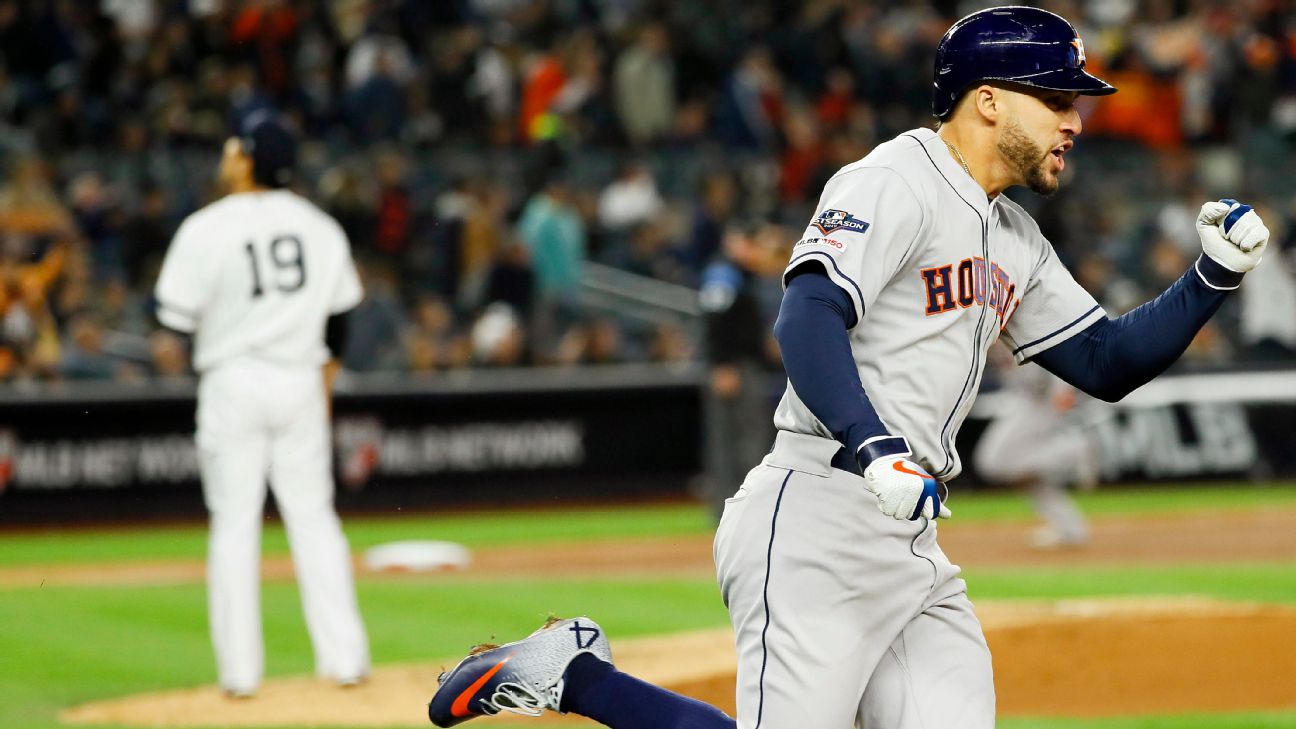 The 2019 World Series matchup could be determined Friday night, as theNew York Yankeesface the prospect of being eliminated from the playoffswith their third straight loss at their home park at the hands of theHouston Astros.

The most important thing of the day:The Astros have a chance to secure their second World Series appearance in three years -- and knock the Yankees out of the playoffs for the third time in five years (2017 ALCS, 2015 wild-card game) -- with future Hall of FamerJustin Verlanderon the mound.

NEW YORK -- Game 4 of the ALCS began with a buzzing Yankee Stadium going dark for an NBA-style sizzle reel intro. Not long after, though, it was the Astros who turned out the lights. A brutal loss for the Bombers left them a defeat away from being sent packing. They need to recover quickly -- or their drive home after Game 5 will be their final one this season. -- Matt Marrone

A stat to impress your friends:Carlos Correa (25 years, 25 days) became the youngest player in MLB history with 10 postseason home runs, passing Albert Pujols (25, 274). And in each of the past five postseason games that Correa has gone deep, teammate George Springer also has homered, including twice in this series (Game 2).

The Astros are rolling. They looked comfortable againstJames Paxtonthe first time out. And they've looking increasingly comfortable against the vaunted Yankees bullpen as the series has progressed.Astros 7, Yankees 3 -- Bradford Doolittle

The Yankees have looked completely overmatched in the Bronx. They have one more shot to send the series back to Houston, but, well, it just doesn't feel very likely. Astros 6, Yankees 2 -- Marrone

Stud of the night:It's got to be Springer, whose three-run homer in the third inning put the Astros on top for good. Unless it's Correa, who matched Springer with a three-run shot to nearly the same spot in left field in the sixth for some needed insurance.

Dud of the night:It's probably not fair to single out anyone in pinstripes as the Yankees unraveled in ugly fashion late in the game, but we'll go with reliever Chad Green, who relieved Masahiro Tanaka with one on in the sixth inning and Houston leading 3-1. Seven pitches into Green's appearance, it was 6-1 Astros, thanks to the aforementioned home run by Correa.

Quote of note:"We need to flush this immediately. We talked about it as a team, we need to get over this in a hurry and come put our best foot forward tomorrow. Stranger things have certainly happened, a lot stranger." -- Yankees manager Aaron Boone

Best of the playoffs so far

Our running postseason MVP:How good isGerrit Coleright now? Everyone agrees he was a little off in Game 3 of the ALCS, yet he nonetheless shut out the Yankees over seven innings for a huge Astros win. For the postseason, Cole is 3-0 with a 0.40 ERA and 32 strikeouts, giving up one run, 10 hits and eight walks in 22 innings. Needless to say, he's on track for one of the best postseasons ever for a starting pitcher.

The play of this October: We're going to cheat and make this plays: the back-to-back home runs by the Nationals' Anthony Rendon andJuan Sotooff the Dodgers' Clayton Kershaw in the eighth inning of Game 5 of the National League Division Series. Kershaw in the wake of Soto's tying bomb could end up as the lasting image of these playoffs.

Game of the postseason so far: Nationals-Dodgers, Game 5 of the NLDS. The Dodgers ambushing Stephen Strasburg, Strasburg settling down and keeping the Nats in it, Walker Buehler's mastery, Kershaw's big strikeout before his eighth-inning implosion, Howie Kendrick's 10th-inning grand slam, questions for Dodgers manager Dave Roberts. There's a lot to unpack here, and this was a true postseason classic. 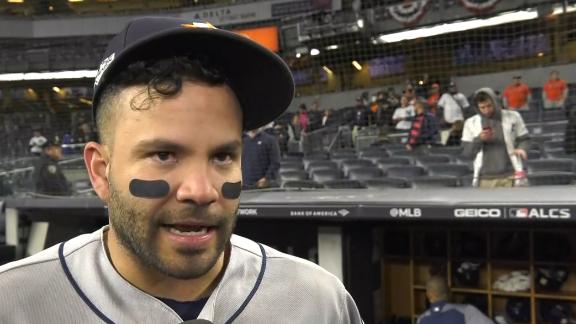 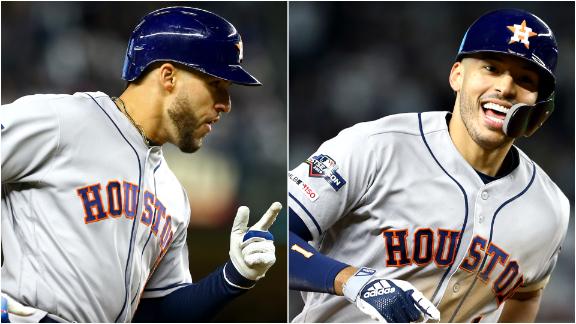