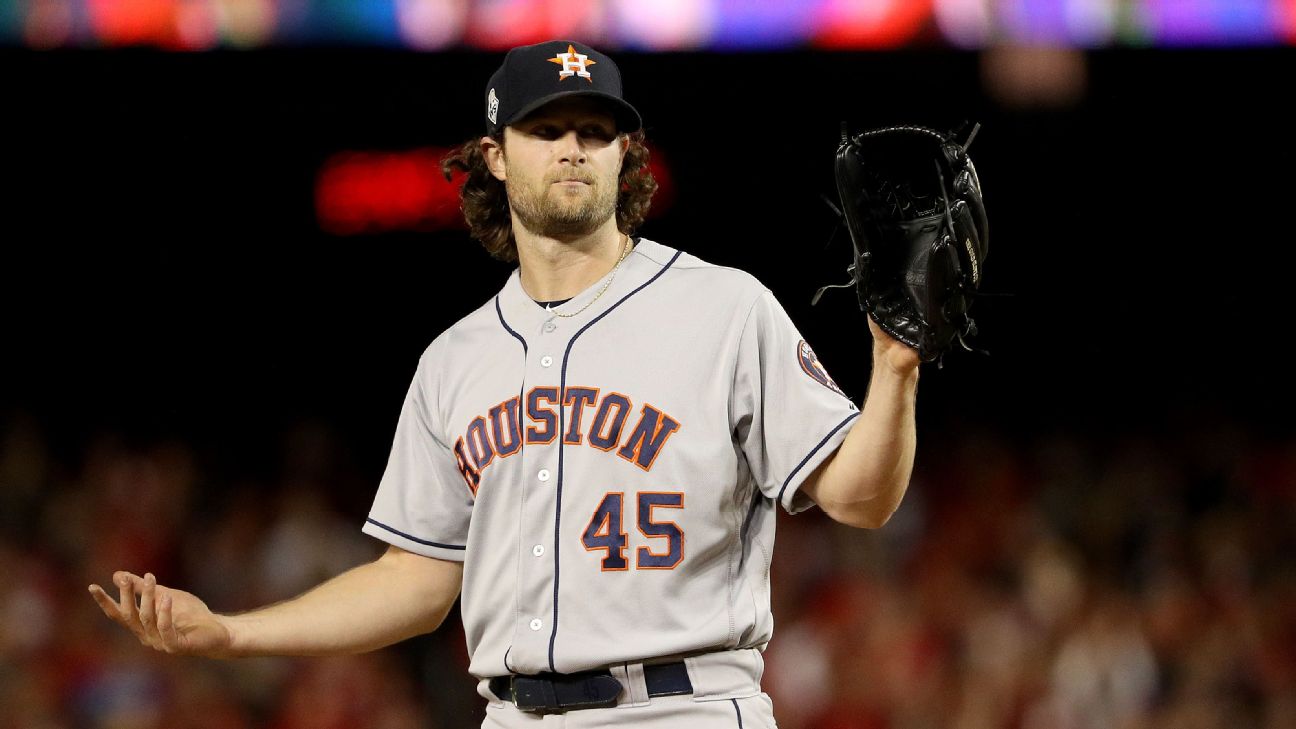 HOUSTON -- The two women who flashed their breasts from behind the backstop during Game 5 of the World Series at Nationals Park on Sunday night have been banned from major league stadiums.

Major League Baseball sent the women a letter shortly after their escapade.

"The fans who were involved in exposing themselves during Game 5 of the World Series violated the Nationals' fan code of conduct," a statement by MLB on Monday said. "As a result, they were removed from the stadium and are suspended indefinitely from attending an MLB ballpark or facility."

Julia Rose and Lauren Summer identified themselves on social media. Popular on Instagram, they lifted their tops and exposed themselves as Houston Astros ace Gerrit Cole was set to pitch toWashington Nationals batterRyan Zimmermanin the seventh inning.

The women were standing in the second row, slightly to the first base side behind the plate. Their stunt was seen live on Fox by a camera shooting from center field.

Cole stepped off the mound, but it's unclear whether he saw the women.