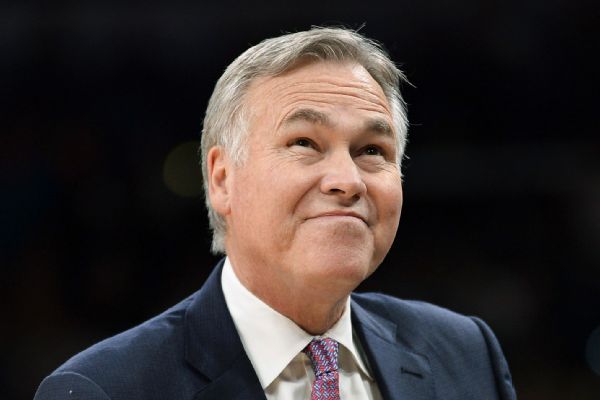 D'Antoni and his staff earned coaching honors on Friday, when the Rockets clinched the best winning percentage in the Western Conference through games of Feb. 4 among eligible coaches.Golden State Warriorscoach Steve Kerr is ineligible because he coached in the All-Star Game last year.

The 2017 NBA Coach of the Year will be coaching in the All-Star Game for the second time, after having led the West to a rout in 2007 in Las Vegas when he coached the Phoenix Suns.