Michigan's Jim Harbaugh to Butch Jones: Worry about your own program 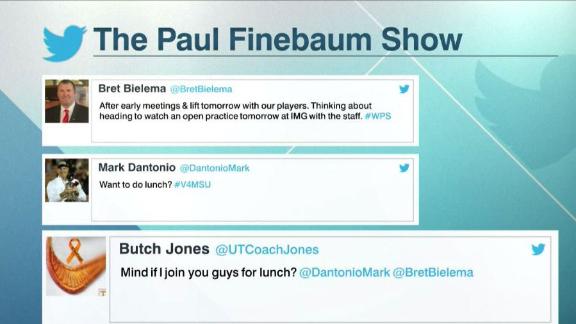 That was evident Thursday, when Harbaugh suggested on Twitter that Tennessee coach Butch Jones should focus on his own team instead of tweeting about having lunch in the Sunshine State.

Jones, who recently made scholarship offers to 20 teammatesat the IMG Academy, had joined the chorus of coaches on Twitter who hinted that they were interested in watching the Wolverines' open practice Friday.

That was enough for Harbaugh to respond, especially with a Title IX lawsuit hanging over Tennessee's program.

However, the NCAA said they aren't allowed to attend.

"There won't be any coaches here," said Chris Howard, NCAA director of enforcement for football development.

Whether Bielema and Dantonio were serious or not, their tweets Wednesday prompted Howard to contact and remind them that this is a quiet period in recruiting, when coaches are not allowed to visit a prospect's school. So no opposing coaches are allowed at IMG Academy, home to many FBS draft prospects and the site of Michigan's weeklong spring practice session.

"I am all for being creative. I give them credit for that," Freeze said. "I don't let what other people do bother me too much. I want to worry about us. But I'm not sure how a college coach can be on a high school campus during a quiet period. I don't quite understand that.

"They're having an open practice [Friday], and I've actually requested to be allowed to go to it. I don't think I'm going to get permission to do that."

The NCAA allows practice at a high school facility as long as the school pays rent to use it. Elizabeth Heinrich, Michigan senior associate athletic director for compliance, said the school worked through the NCAA to provide the expenses for practice.

Harbaugh has drawn criticism for his decision to practice in Florida during the players' spring break. But both he and the players have embraced the trip, trading cold Ann Arbor for warm Bradenton -- all within NCAA rules.

Meanwhile, Bielema may already have his sights set on 2017. 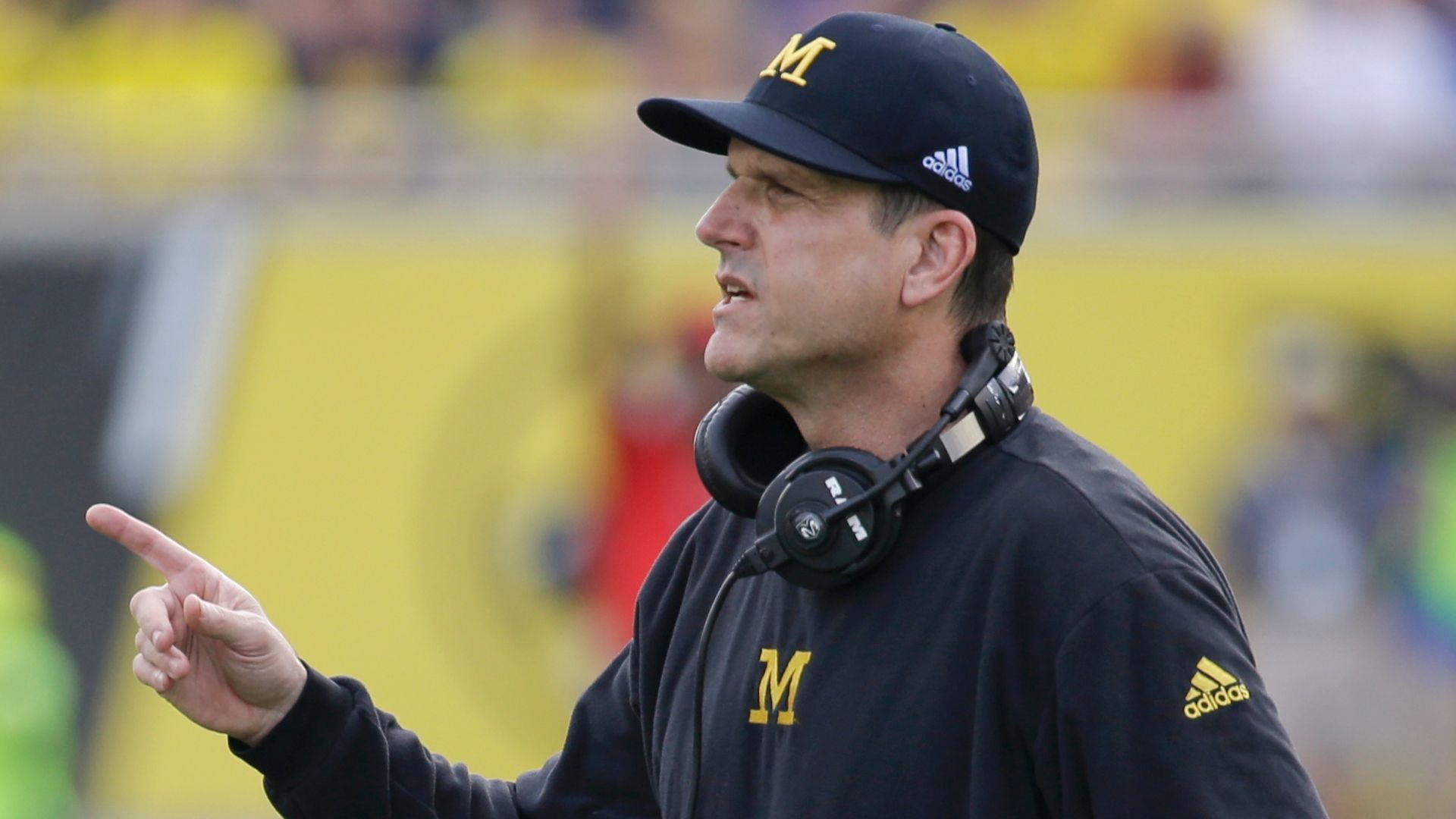 Harbaugh not concerned with coaches reactions
ESPN college football reporter Andrea Adelson explains why Michigan coach Jim Harbaugh is not worried about the reaction of SEC coaches to his team holding spring practice in Florida at IMG Academy.