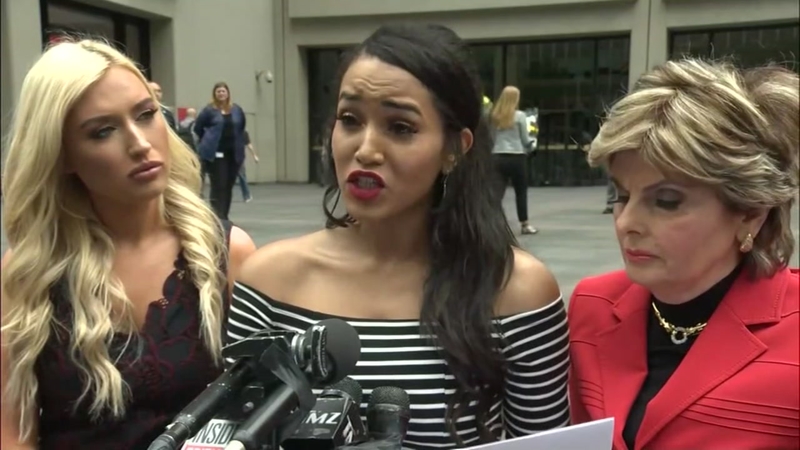 The organizations attorney sent a letter to attorney Gloria Allred, who is representing six former cheerleaders in a lawsuit alleging they faced harassment, body shaming and abuse while representing the Texans.

Angelina Rosa is the latest former cheerleader to come forward. She claims that her skin was duct taped without consent before performances for being "skinny fat," as she described at a press conference Friday.

The letter said, in part:

"The NFL agrees that cheerleaders, like all other employees of the clubs, have the right to work in a safe, positive and respectful environment, free from harassment and discrimination and without fear of retaliation."


Ex-cheerleader Rosa said she thought the job of being a Texans cheerleader would be about spreading happiness and smiles but instead, she described it as a "hostile work environment."

She also described the day the coach and a group of alumni got duct tape with a Texans logo and used it to pull her skin and was told, "this will hurt a little" right before a performance.

"My skin was being torn because of the movements," Rosa said.

"The NFL should stand for more than just greed," Allred said. "You dropped the ball. Instead of scoring a goal for women's rights, you retreated back to the locker room."

The Texans released a statement after the previous lawsuit saying that the organization is proud of the cheerleading program and hundreds of women have enjoyed their experience.