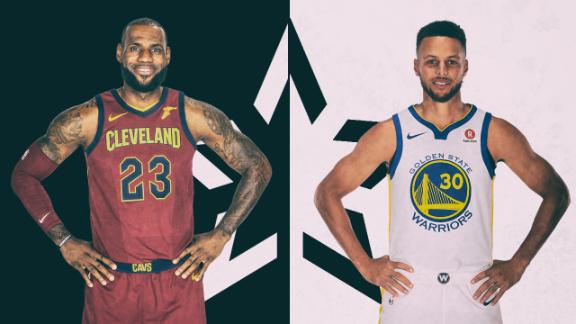 Cleveland Cavaliers forward LeBron James and Golden State Warriors guard Stephen Curry led All-Star voting in their respective conferences and will serve as the captains for the All-Star Game next month.

Starters were determined by a vote from fans, players and a select group of media. They were announced by the NBA on Thursday.The game will be played Feb. 18 in Los Angeles.

Curry posted a tweet expressing gratitude for the votes he received.

In a new format this season, James and Curry will choose their teams --without regard for conference affiliation -- from the pool of starters and reserves. Reserves will be selected by NBA head coaches and announced Tuesday, and the full team rosters will be announced Jan. 25.

The format was changed from the traditional East vs. West matchup for the first time after lackluster games the past two seasons, when players made little attempt to defend and the West nearly scored 200 points in both of its victories.

James' and Curry's first four selections must come from the pool of starters. James will select ahead of Curry because he finished with the highest overall voting total.

It provides for an interesting dynamic. James might have the opportunity to select Durant, who is Curry's teammate. James, who was named to the All-Star team for the 14th consecutive season, also could choose Irving, his former teammate who now plays for the Celtics.

For now, James is not offering any hints about who he is going with in choosing his roster, but he did make clear his intention to draft the "best team I can."

"This is the reason they did this format, to make it very competitive," James said. "The All-Star Game hasn't been what it should be the last few years. I'm going to take it upon myself, and obviously the rest of the guys to go out there and play the game the right way and compete. Our fans deserve it."

After joking that he might "go pick all guards and pick the shortest team possible," Curry said he would like to draft Durant with the No. 2 overall pick -- if he's still available.

"I'm pretty sure he would be a pretty solid pick if you had the first pick," Curry said of Durant. "If LeBron doesn't take him, I probably will for sure."

"He dunked on me last year," Curry said. "So maybe I have to get him on my team so that doesn't happen again."

James said he would not play favorites in selections or make decisions based on conference loyalty considerations.

"I don't play fantasy anything," he said. "And I don't trade guys onto teams when I play [NBA] 2K or play the video games, so this is different for me. But I know watching guys and loving their game and all that, if you had an opportunity to play with that guy, how special that would be."

The league does not plan to televise the draft.

Embiid, the first 76ers player to start an All-Star Game since Allen Iverson in 2006, will be making his first appearance in the game.

"I feel very blessed to be in this type of position," Embiid said Thursday. "Thanks to all the fans out there for the support. It's been a tough couple years. I really appreciated everybody out there, everybody around me, the whole team, the whole organization -- the fans, especially -- for making this happen. We can only get better from here."

Sixers coach Brett Brown lauded Embiid's selection, saying it was amazing, given the limited time Embiid was able to practice before the season.

"It's the biggest announcement as far as a personal accolade as we've had," Brown told TNT in Thursday's broadcast of the 76ers' game at Boston. "He represents a significant part of our growth. I'm proud of him."

"I am truly appreciative of the fans of the NBA and the Boston Celtics for voting me in to this year's All-Star Game as a starter," said Irving, a five-time selection and MVP of the 2014 All-Star Game. "I am super proud that I can represent the Celtics in L.A. and looking forward to putting on a show."

Harden looks forward to returning to his native Los Angeles for the festivities.

"I think last time we were there [for All-Star Weekend], I was in the Rookie-Sophomore Game. To be an All-Star starter, it's kind of a different feeling. It's the big boy game," said Harden. "It's an honor. You never want to take things like that for granted. Credit to the fans who voted me in. Obviously, it's something you've dreamed of since you were a kid. You never want to take it for granted. Just go out there and have fun and put on a show."

ESPN's Chris Forsberg, Tim MacMahon and Dave McMenamin and The Associated Press contributed to this report. 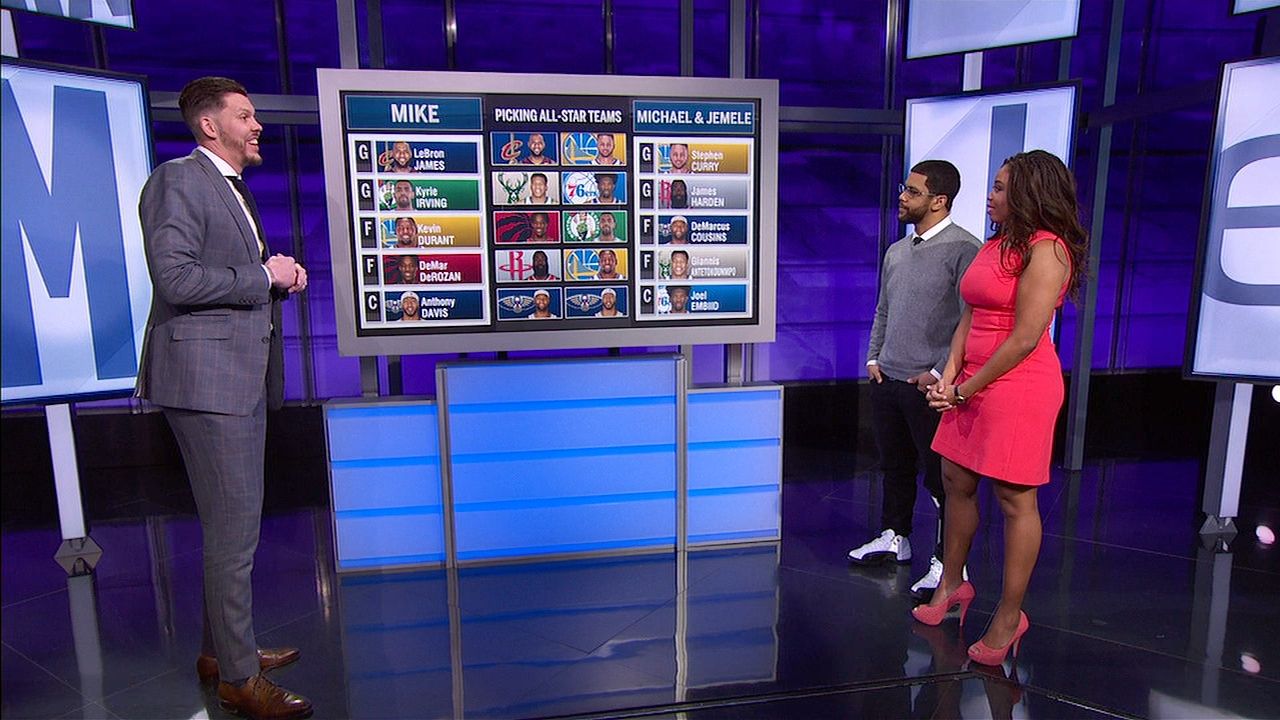