Kyrie Irving reacts to James Harden's 7th triple-double since joining Brooklyn Nets: 'Get used to it' 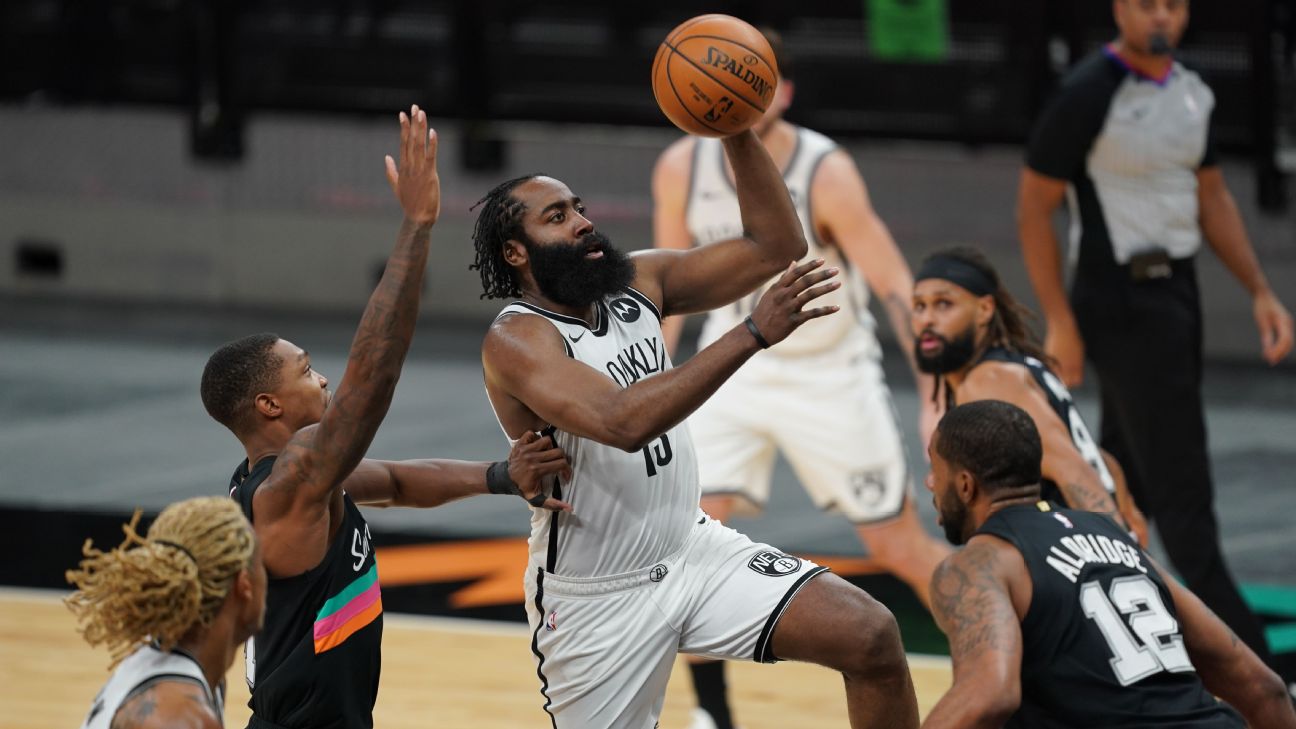 "We have to implement the phrase 'get used to it,'" Irving said with a smile.


It didn't faze Irving that -- according to Elias Sports Bureau research -- Harden became the first player to record 30 points, 15 assists and at least 10 rebounds with zero turnoverssince individual turnovers were first tracked in 1977-78. Harden finished with 14 rebounds on the night.

"When James is being James," Irving said, "it makes our job a lot easier. And so we got to get used to somebody special like that, things like that in terms of breaking records. So, I can't wait to be right alongside of him, my name in Nets history -- and all the guys on our team where we're just breaking records as a team, and then individually we're stacking up with some of the best to ever play."

Seven triple-doubles is also the most in a season by a Nets player since Jason Kidd had 12 in 2007-08, according to ESPN Stats & Information research.

After he committed six turnovers in the Nets' loss to the Dallas Mavericks on Saturday, Harden vowed to be more careful handling the basketball.

"If I'm the point guard," Harden said Monday, "and my teammates and coaching staff is giving me the responsibility to handle the basketball, I have to do a really good job with my passes, making them precise and not just giving away points."

After going on a 10-0 run down the stretch Monday night, the Spurs were able to force overtime on a buzzer-beater from Dejounte Murray.


The Nets were up by double digits with just under four minutes remaining in regulation before they allowed the Spurs to get going. Harden said he was pleased with how the Nets refocused in overtime.

"We hear all the talk about us not being a very good defensive team," Harden said. "We're picking that up, and we're finding ways to get better."

The Nets have one game remainingbefore the All-Star break -- against the Houston Rocketson Wednesday. It will also be the first time Harden faces off against his former team.

"We're excited to play basketball, go back to where James had a great career," Irving said. "Looking forward to the experience, looking forward to having fun. It's going to be highly competitive, a lot of great players, no animosity on the court: Just greatness on display."

Irving added: "Everybody at home, enjoy the game, there will be no tension and no s--- -talking going on, on the court or about James in my presence or anybody else's presence. So we're coming to Houston, to enjoy the game of basketball and play it at a high level on behalf of James and the rest of the guys, because we know it's a special night regardless." 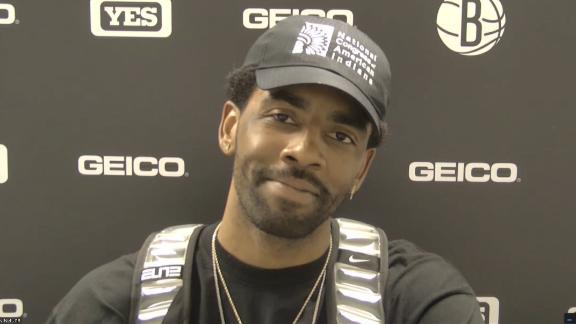 Kyrie will not tolerate any Harden slander upon return to Houston
Kyrie Irving makes it clear there will be no animosity when James Harden returns to Houston to play against his former team on Wednesday.
Report a correction or typo
Related topics:
sportsespnnewsjames hardenhouston rocketskyrie irvingnbabrooklyn nets
Copyright © 2021 ESPN Internet Ventures. All rights reserved.
More Videos
From CNN Newsource affiliates
TOP STORIES