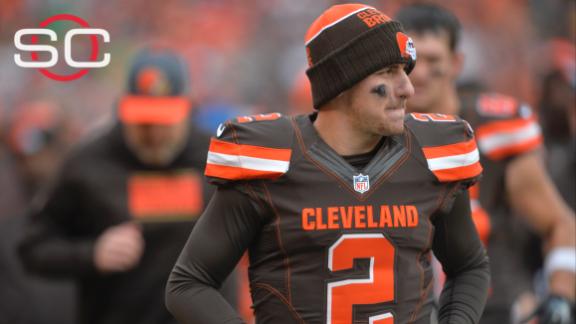 If Johnny Manziel doesn't receive help, he won't make it to his next birthday, his father told The Dallas Morning News on Friday.

Manziel's father, Paul, told the newspaper that the Cleveland Browns quarterback has refused to enter area rehab facilities twice in the past week. He said the family tried to get Manziel to enter a local addiction facility on Saturday, but Manziel refused to stay. Paul Manziel said he tried to have his son admitted to a psychiatric and chemical dependency hospital on Tuesday, but Manziel was allowed to leave even though his father told officers that he believed Manziel was suicidal.

"I truly believe if they can't get him help, he won't live to see his 24th birthday," Paul Manziel told the paper.

A source close to Manziel, who spoke to the quarterback Friday, told ESPN's Jeremy Fowler that Manziel "is concerned" about all of the stories about him and said he is doing "all right." The source declined to comment on the family's push to get Manziel in rehab, or Manziel's father's comments on his son not making it to his next birthday.

The first attempt to get Manziel to enter rehab, his father told the newspaper, was last Saturday afternoon after news surfaced of a police investigation into an alleged incident between Manziel and his ex-girlfriend the night before. According to the police report,Manziel and Colleen Crowley were at a hotel in downtown Dallas and left together after he struck her.Crowleytold officers that she and Manziel shouted angrily at each other and that he struck her several more times on the drive to her apartment in Fort Worth, Texas.

ABC affiliate WFAA, citing unnamed sources, reported that Manziel told Crowley to "shut up or I'll kill us both" after he forced her into the car. Crowley alleged that Manziel was acting "as if he were on some kind of drugs" but maintained he was not intoxicated.

In its initial statement Saturday, Fort Worth police said Crowley "advised our officers of concerns that she had regarding the well-being of her ex-boyfriend," prompting police to search for Manziel, including by helicopter. Officers said they later determined Manziel was safe and in no danger.No charges were filed by either Dallas or Fort Worth authorities, but Dallas police announced Friday night they are launching a criminal investigation after receiving a domestic violence assault complaint filed against Manziel.

Manziel, in an interview with TMZ Sports posted on its website Thursday, said of the allegations that he struck his ex-girlfriend: "It didn't happen." He also said, "I'm completely stable. I'm safe and secure."

The Associated Press and WFAA reported Friday thatManziel cannot see Crowley for two years due to a protective order she has gotten against the QB.The order says Manziel must stay at least 500 feet from her home and place of work, and owes $12,000 in legal fees.

Asked about Manziel on Friday, Browns owner Jimmy Haslam told reporters the team had reached out to Manziel but he had not responded.

"We've reached out several times since all this came out last Saturday, just like we would any player," Haslam said. "I think it's enough said on the issue. I think it's a personal issue now. It's not a football issue."

Manziel's agent, Erik Burkhardt, cut ties with Manziel earlier Friday, saying in a statement that "it has become painfully obvious" that Manziel's future "rests solely in his own hands."

"His family and I have gone to great lengths to outline the steps we feel he must take to get his life in order. Accountability is the foundation of any relationship, and without it, the function of my work is counterproductive," Burkhardt said.

The Browns released a statement earlier in the week saying they would address Manziel's status "when permitted by league rules."A source told ESPN's Pat McManamon earlier this week that the Browns plan to release Manziel in March.

NFL commissioner Roger Goodell was asked about Manziel during Friday's news conference, but used the question to talk in generalities about the league's efforts to prevent off-the-field issues among the players.

"Our personal conduct policy is to try to prevent these incidents from happening," Goodell said. "So we've invested in education. We've gone through a tremendous education with everybody in the NFL, that includes the commissioner -- everybody has gone through extensive education -- to understand the issues, what to look for, including bi-standard awareness, so that you can prevent these issues from happening, and that's what we all want to see.

"We have other services including counseling, other matters available to players, if they're struggling with any one issue. And this happens. We have 3,000 players a year. We have probably one-half maybe two-thirds, that turnover in any given year. So we have young people that may have issues that need to be addressed.

"We want a program and we will always look to see how we can do that to try to help them make those adjustments, deal with any issues they may have, for their long-term safety." 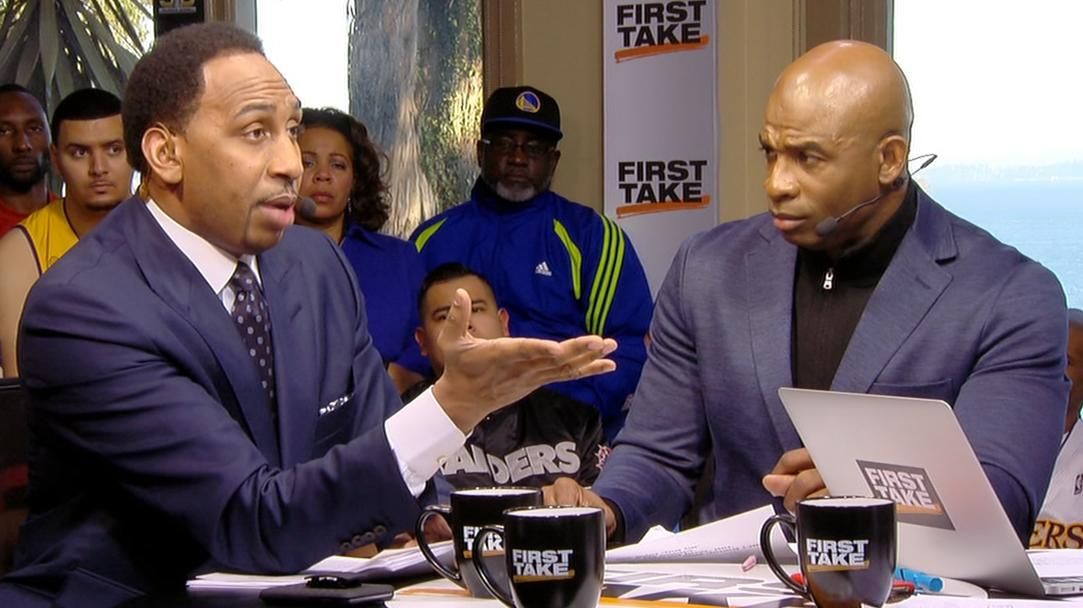 Stephen A.: Manziel's father's cry for help is commendable
The First Take crew reacts to Johnny Manziel's father expressing his concern for the safety and well-being of his son to the Dallas Morning News and breaks down why this situation involving the quarterback goes beyond the football field. 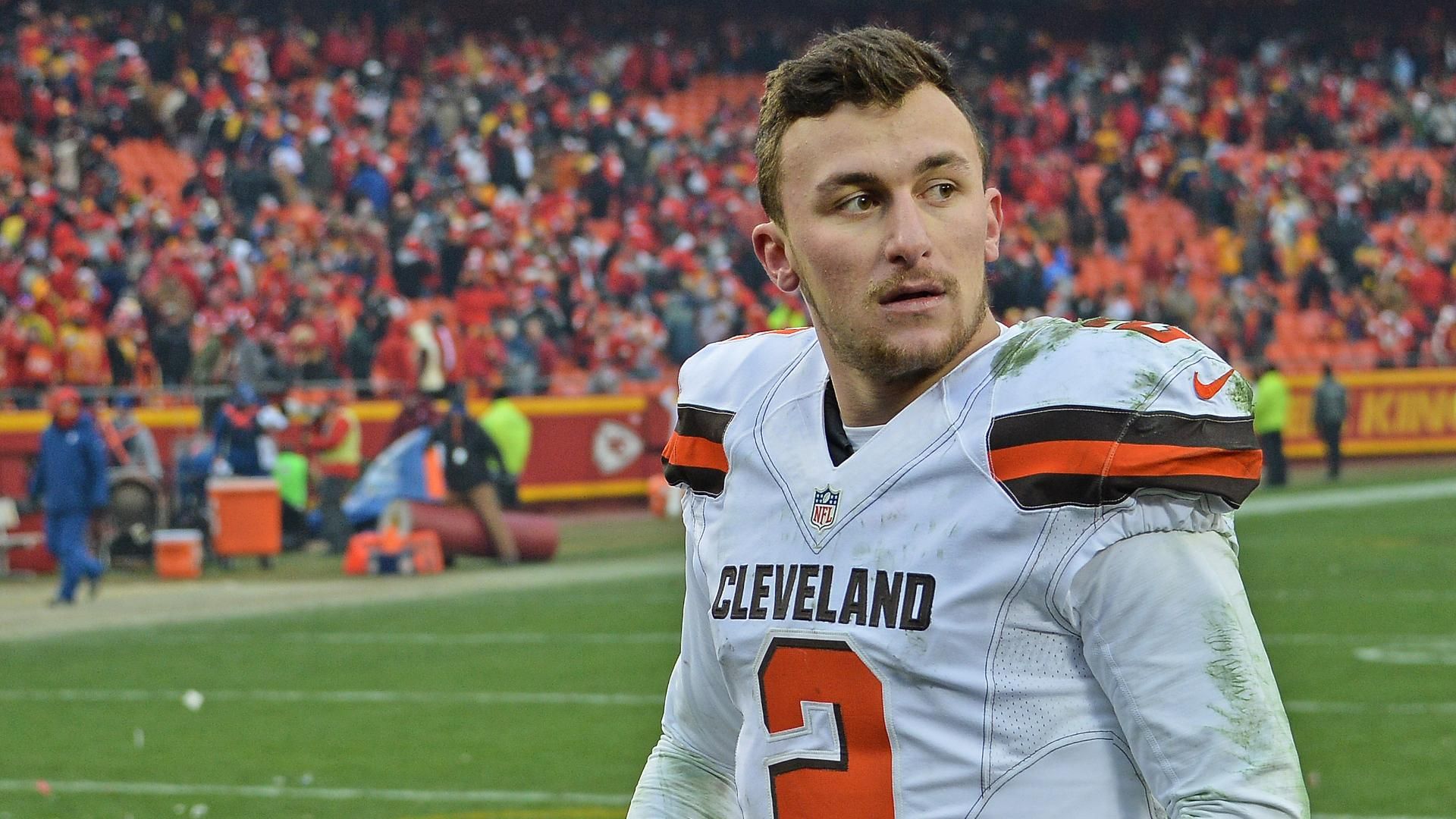 Sanders: Jerry Jones can help save Manziel
Deion Sanders joins First Take and reacts to Johnny Manziel's father telling the Dallas Morning News that his son needs to get help or else he won't "live to see his 24th birthday." 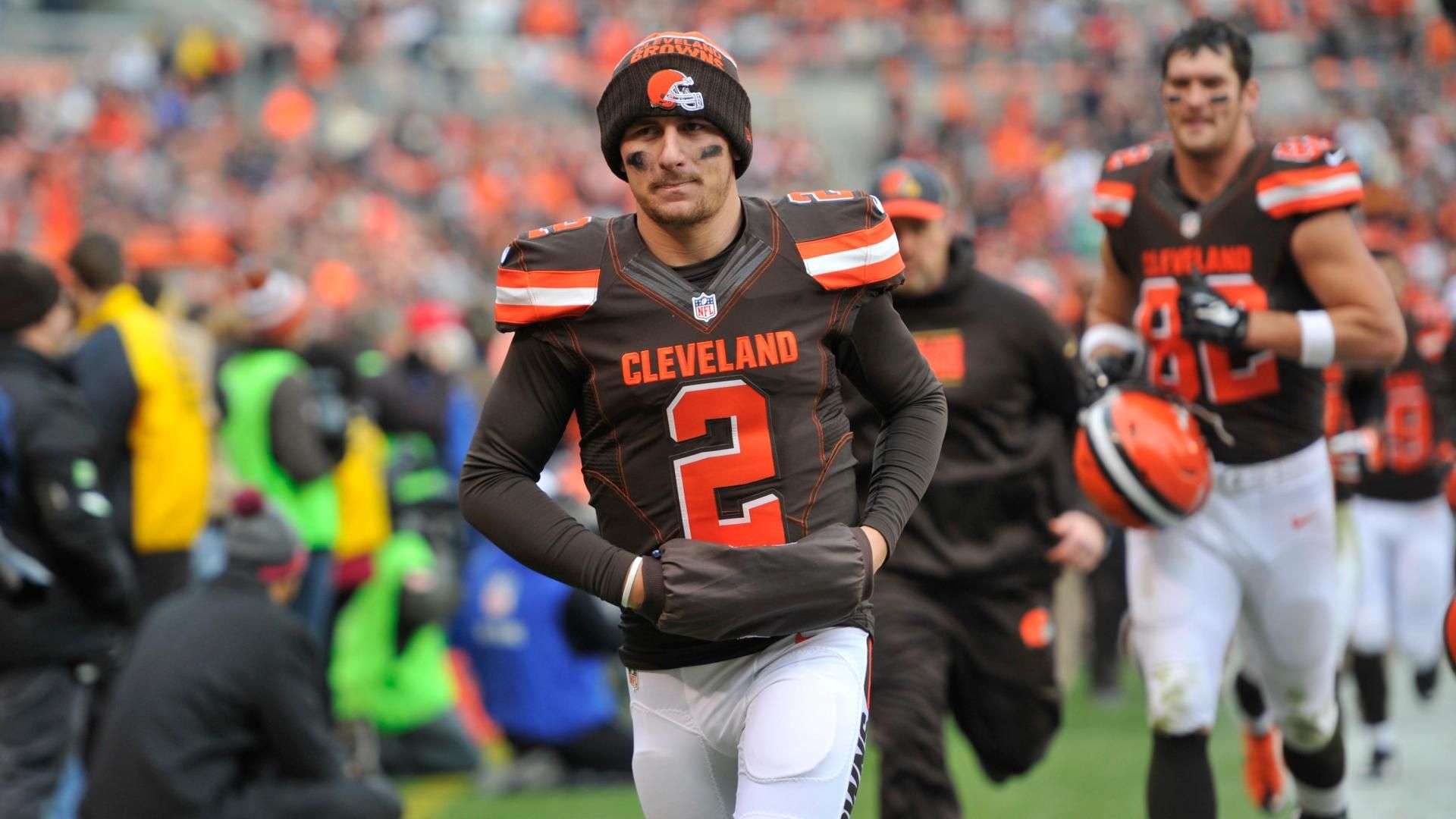