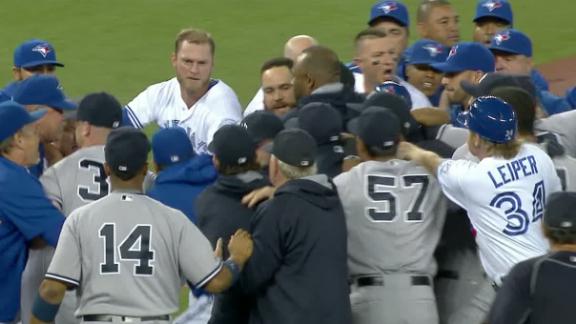 Toronto Blue Jays reliever Joaquin Benoit suffered a torn left calf and will miss at least the rest of the regular season after he tripped coming out of the bullpen during one of two benches-clearing incidents against the New York Yankees on Monday night.

Manager John Gibbons made the announcement Tuesday and added that Blue Jayssecond baseman Devon Travis also was hurt in one of the two benches-clearing incidents in the second inning. Travis aggravated an injury to his left shoulder and is day-to-day, Gibbons said.

Benoit expects to be out for at least two to three weeks, meaning he likely won't pitch again unless the Blue Jays make a deep playoff run.

"It felt like something hit me,'' he said. "I won't be able to get on the mound anytime soon, so personally this is really disappointing.''

Benoit was acquired by the Blue Jays from the Seattle Mariners on July 26. Since joining Toronto he has a 0.38 ERA in 23 innings and is 2-0 with one save.

Travis acknowledged Tuesday that he aggravated his injury during one of the two incidents Monday. He left Monday night's game during his next at-bat.He had an X-ray Tuesday to confirm that screws in his shoulder were not displaced during the brawl.

"I aggravated it, initially, during that little scrum," Travis told reporters. "I probably should have used my right arm and not my left."

The first incident Monday night was precipitated by Blue Jays starter J.A. Happ hitting the Yankees' Chase Headley on the hip with his second pitch of the second inning after narrowly missing him with his first. The Yankees appeared to think this was retaliation forLuis Severinograzing Josh Donaldson on the elbow pad with a pitch in the first inning.

Things got much more heated in the bottom of the inning when Severino nailed Justin Smoak in the leg with his second pitch of the inning after narrowly missing him with his first.

Benoit was injured during the second incident.

Yankees manager Joe Girardi and starting pitcher Severino were ejected, as were New York pitching coach Larry Rothschild and bench coach Rob Thomson. No one from the Toronto side was ejected.

Gibbons said the incidents, which came in the final regular-season meeting between the teams, "wasn't a knee-jerk reaction.''

"Teams pitch us inside, no doubt about that,'' Gibbons said. "We've had some close calls. Sometimes you've got to deal with things. One thing that's key to the success of a team is that they stick together. That's all I'm going to say on that.''

Toronto pitcher Marcus Stroman was more vocal than his manager, firing back at Headley over accusations that Stroman had yelled obscenities at Yankees batters after striking them out in Saturday's Toronto victory.

ESPN's Wallace Matthews and The Associated Press contributed to this report. 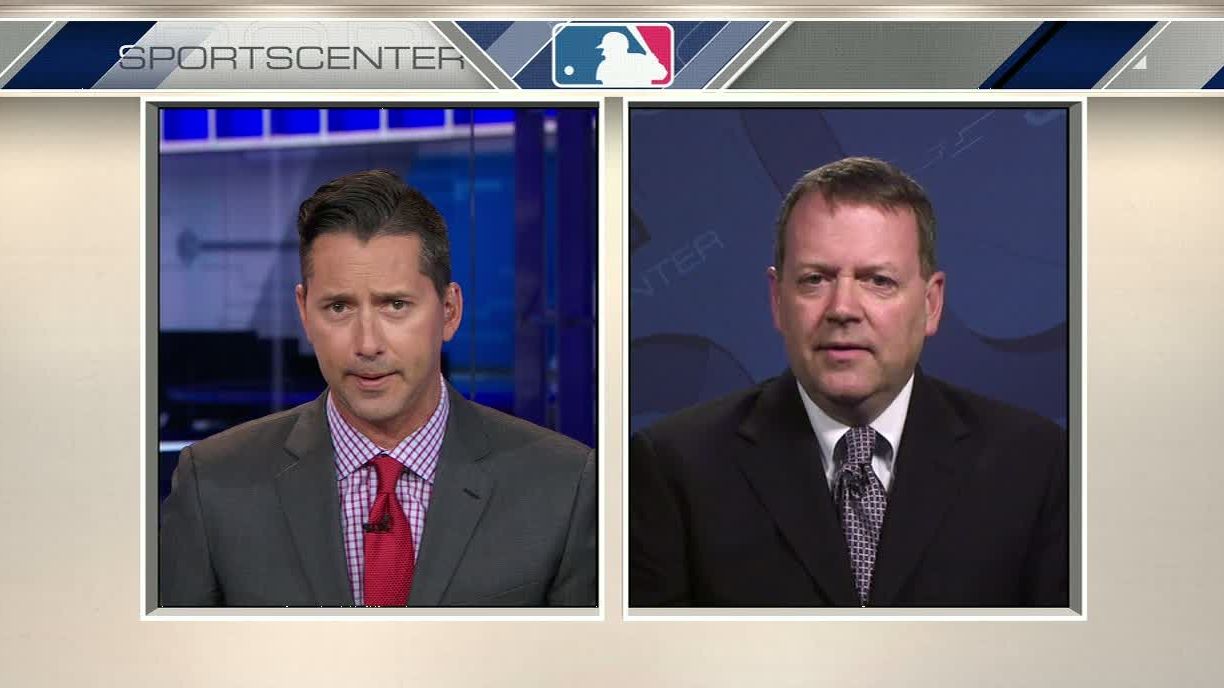