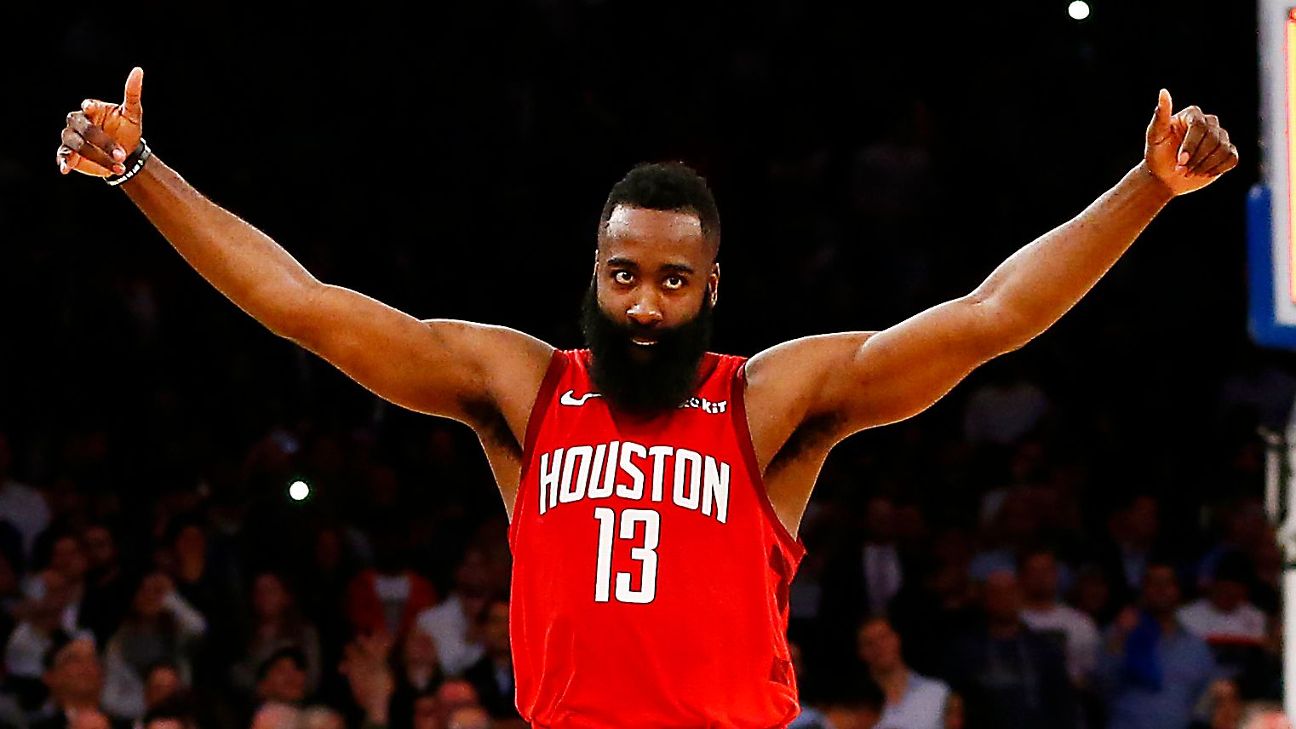 PHOENIX -- James Hardenneeded only three quarters to keep his streak of 30-point games alive, but the Houston Rockets needed more from the MVP in the fourth quarter on Monday night.

Despite seeing a number of double-teams, Harden remained red-hot, as he scored 14 of his 44 points in the fourth to help the Rockets hold off the Phoenix Suns118-110while extending his streakof scoring 30 or more points to 27 straight games.

"I'm just trying to continue to keep going, like nothing can slow me down, nothing can stop me, and trying to give that same courage, same motivation to my teammates," said Harden, who added eight rebounds, six assists and three steals. "But it is not just about scoring, it is about going out there and attacking the game and being aggressive with the game, defensively, offensively, that is all I can give them."

Doing something no one has done since Wilt Chamberlain was terrorizing the paint, Harden scoffed at the notion that his 30-point scoring streak is draining for the Rockets guard.

The reigning MVP has the third-longest streak of 30-point games, trailing only Chamberlain's streaks of 65 and 31.

During his tear, Harden is averaging 38.8 minutes per game and has logged 40 or more minutes 14 times. But Harden isn't slowing down one bit. On Monday, Harden had his 18th game of 40 points and five assists, the most in a season, matching Nate "Tiny" Archibald's single-season record set in 1972-73, according to the Elias Sports Bureau.

Rockets coach Mike D'Antoni said he tries his best to monitor during games when he thinks Harden is exerting a ton of energy and when to get him rest. D'Antoni -- who keeps in mind whenever there are several breaks in games, such as timeouts, free throws and reviews -- certainly had to be hoping he could rest Harden for most of the fourth when Houston (31-22) led by 20 in the third.

But Phoenix got within eight with 7:47 left before Harden buried two 3-pointers and scored 14 points in the next four-plus minutes. Phoenix (11-44) tried to trap Harden to get the ball out of his hands as much as possible. At one point, Harden dribbled around a double-team before splitting two Suns and throwing up an acrobatic, driving circus shot high off the glass for a basket with the foul in the fourth quarter.

"It was a new coverage for us," Suns guard Devin Booker said of trying to trap Harden. "James forces teams to do a coverage that you usually don't do. It was new for us, first time doing it. Did not run it in practice but went over it this morning."

Of course, Phoenix's defensive experiment was nothing Harden hasn't seen. The Rockets have played against all kinds of defenses designed toward slowing Harden down or, at the very least, making him work harder and expend more energy to score.

"I mean, I've seen so many different ones," Harden said. "You got teams just running guys at me at half court before I cross half court. You got zones, you have double-, triple-teams, it's everything.

"It's pretty cool because you got to figure out ways to attack it, figure out ways to still be aggressive throughout those coverages and then you still got to get your teammates involved. It's a game within a game; I have fun with it, I enjoy it."

D'Antoni said opponents will keep trying to find ways to slow down his star.

"Oh yeah, they've guarded him on the side, behind him, with two guys, double, whatever," D'Antoni said. "He just looks at it and beats it. It doesn't really matter. Maybe he has to work a little harder sometimes, or not, I don't know. But he will figure it out. There's nothing you can do."

And Harden said none of it is sapping him of more energy than usual. Asked if he feels the same as he has in the past during this current streak, Harden said to look at how he's playing. 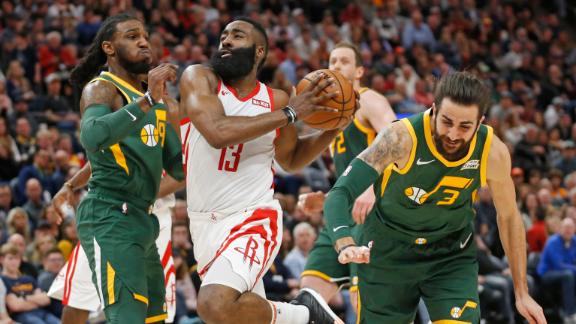