James Harden doubtful to play Friday because of injury 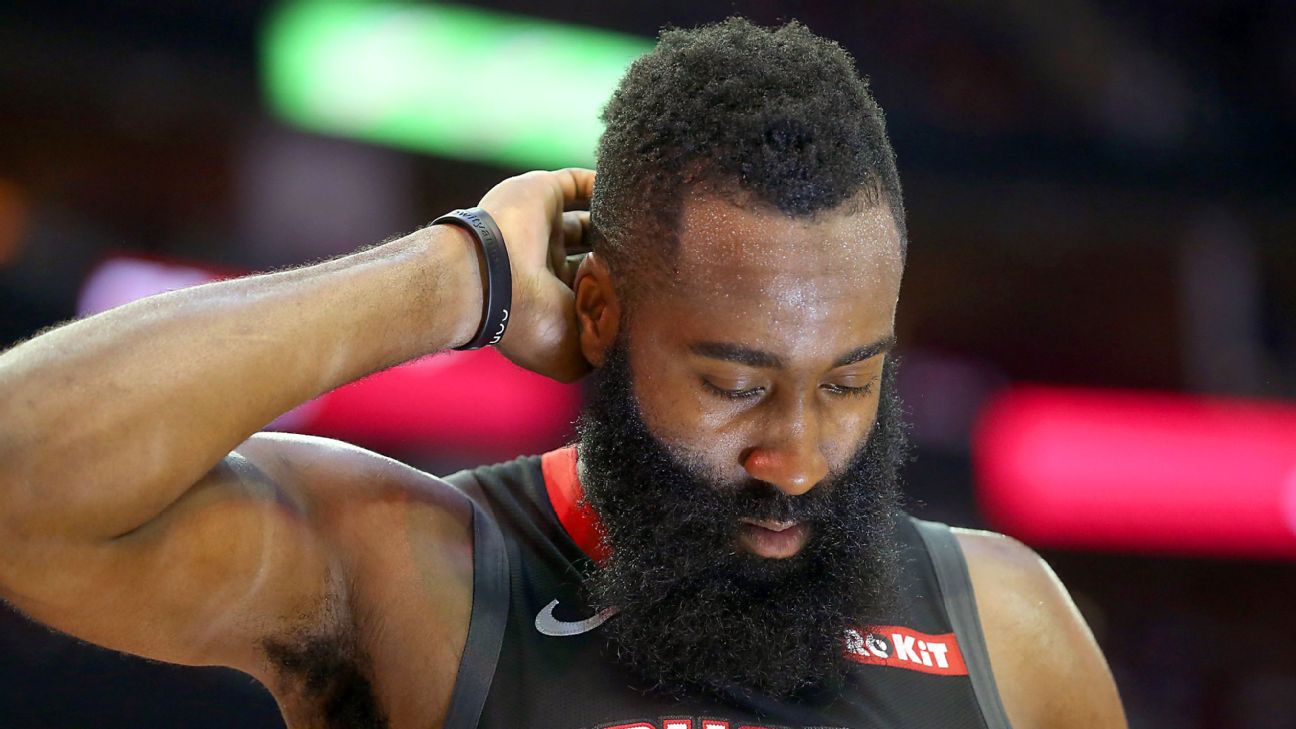 NEW YORK --James Harden is doubtful for Friday's game against the Brooklyn Nets, but coach Mike D'Antoni is optimistic that the Houston Rockets guard can return to the floor Saturday.

Harden has missed the past two games after being diagnosed with a Grade 1-plus strain to his left hamstring last week.He was expected to participate fully in the Rockets' practice on Thursday.

Before Thursday's practice, D'Antoni said that the organization has decided Harden should return in one of the two games during Houston's back-to-back that begins on Friday in Brooklyn, though it's most likely that he will do so on Saturday against the Chicago Bulls.

Harden will not be playing on a minutes limit when he returns. "James is never limited. He wants to play," D'Antoni said. "I have to hold him out, even tomorrow, which I think we are, he doesn't like it. He wants to play."

D'Antoni said there is a chance that James Ennis will start against the Nets. Ennis has missed the Rockets' past three games with a hamstring strain.

The Rockets are 1-5 to start the season, which prompted D'Antoni to say the team is "playing like crap" earlier in the week.

"There's no reason we're like we are now," D'Antoni said Thursday. "We just have to hang in there."

Last Friday, D'Antoni said he believed the Rockets needed to make drastic defensive changes due to personnel not suited to their switch-intensive scheme that was so successful last season. Earlier this week, D'Antoni reversed course, deciding that communication and execution were bigger problems than personnel and X's and O's. On Thursday, D'Antoni said it was a combination of the two factors.

"We have to have more consistent effort and make some adjustments," he said.