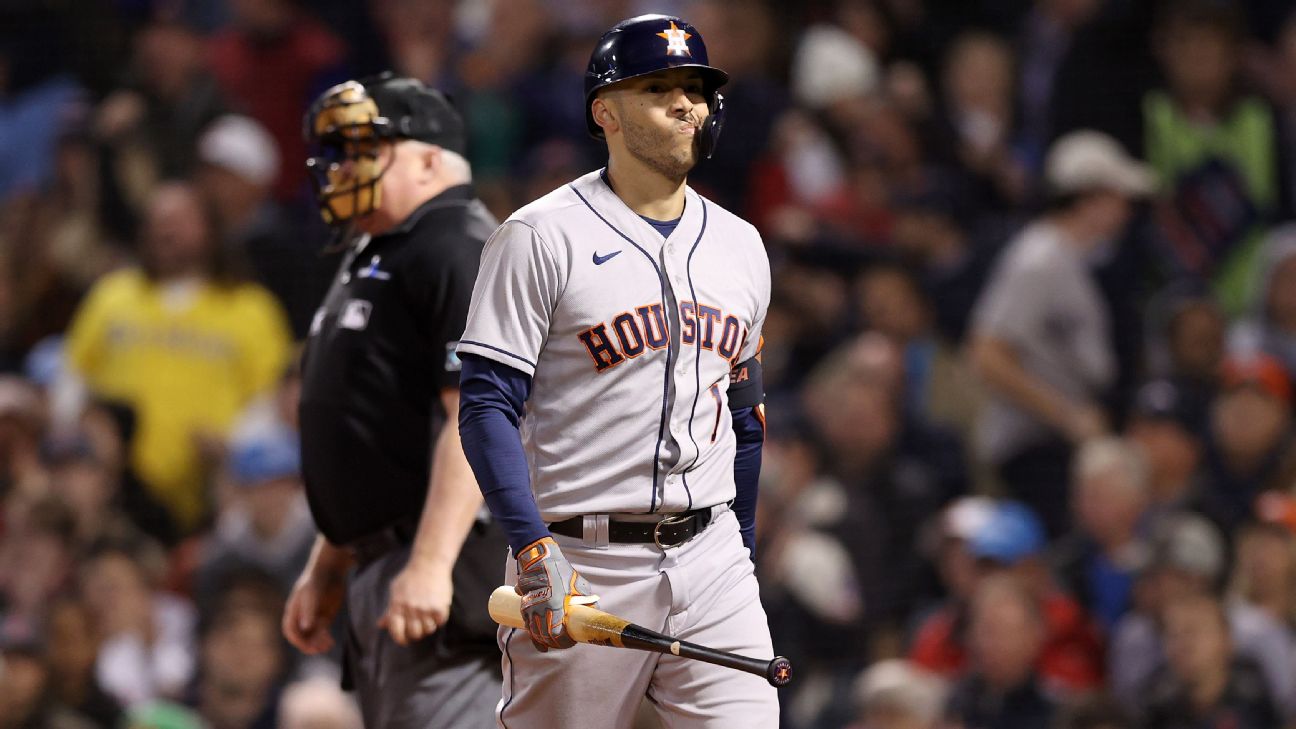 WhenHouston AstrosAll-Star shortstopCarlos Correahit his seventh-inning home run in Game 1 of the American League Championship Series, someBoston Red Soxplayers viewed his gesture of pointing to an imaginary wristwatch -- signaling it was "his time" in the postseason -- as a display of arrogance in showing up losing pitcherHansel Robles.

"It did not bother me. Correa is one of the best hitters in baseball; you cannot make mistakes against him. But I did think for a moment ... the standing at home plate ... pointing to the watch ... sometimes some of that stuff is a bit overboard," said a hesitant Robles, who spoke in Spanish to ESPN.com in Houston on Saturday. "But let me tell you something, I have no reason to be mad at Correa. I am the one who made the pitch. In that at-bat, he did his job; I did not do mine."


But some teammates disagreed: During Game 3 at Fenway Park, with Boston enjoying a comfortable 6-run lead at the time,Eduardo Rodriguezmockingly pointed to an imaginary watch after retiring Correa to close out the top of the sixth inning.

"Don't do that," Boston manager Alex Cora told Rodriguez as the pitcher returned to the dugout.

"Because we don't act that way. We just show up, we play, and we move on, and he knows. I let him know," Cora said in a postgame news conference. "We don't have to do that. If we're looking for motivation outside of what we're trying to accomplish, we're in the wrong business. The only motivation we have is to win four games against them and move on to the next round."

Rodriguez expressed regret about the celebration after his conversation with Cora, saying, "I will apologize to Correa if I see him in person because that's not something I normally do, and it was just part of the game. That's it."

Before the Sox's 9-5 Game 2 win in Houston, Correa said that he did not feel the need to apologize for what might have been interpreted as a violation of etiquette.

"I was not showing up anybody, I was just enjoying the moment," Correa told ESPN.com.


He added: "It was just celebration with my teammates and it had nothing to do with the other team. I love all those guys over there. I respect all those guys. We didn't start the game the right way, and I just wanted to spark my team up a little bit. It was a celebration of a big homer in a playoff game."

The on-field culture in Major League Baseball continues to evolve, and it has exposed many of the tensions beneath the surface of a sport that alienates those who do notfollow the unwritten rules of "old school" baseball.

"I enjoy playing baseball. And as long as my fans appreciate what I do, and love me for the way I play, that's all I care about," Correa said. "I care about what my fans and family think of me; that's what makes me sleep happy at night."

In terms of whether he embraces the villainous role the Astros, and especially he and second basemanJose Altuve,have been tagged with since a sign-stealing scandal marred their 2017 championship run, the 27-year-old shortstop said that it does not faze him.

And neither does the prospect of "getting one on the ribs" as retaliation. As Correa quipped, with a wry smile, "then my on-base percentage would go up." 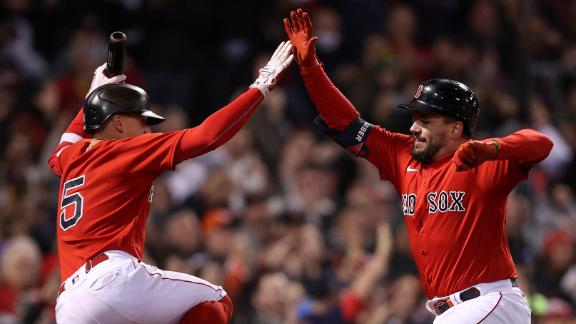