Man's incredible Jose Altuve art made up of words and numbers 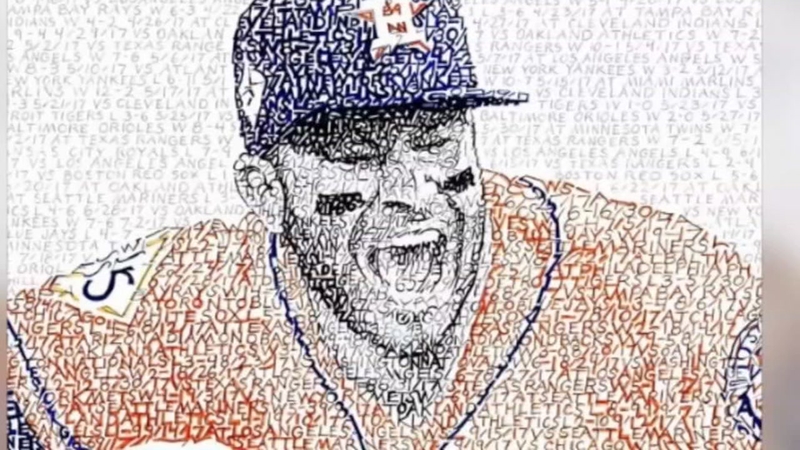 PHILADELPHIA, Pennsylvania (KTRK) -- Take a look at this: A man in Philly is getting a lot of attention for this incredible drawing of Jose Altuve.

Daniel Duffy says his piece titled "The Road to the World Series" is made up entirely of words and numbers.

The Altuve piece features every date, score and opponent for the whole season.

Duffy says it took him 65 hours to complete.

"I chose Altuve for this piece for a few reasons. His enthusiasm is contagious. He was asked not to return to his first tryout with the Astros, only to make them eventually go on to win the World Series and MVP. And he's just what the city of Houston needed," Duffy said.

Duffy has been doing word art since 2008 when he did a piece of the Phillies after the team won the World Series.

See some of Duffy's other pieces below:

"We sold a few in tailgate lots after they won. People loved them, and I haven't looked back since," Duffy said.

Duffy said he did one of Wrigely Stadium that took 150 hours to complete. He wrote it with names of every Chicago Cubs player between 1876-2016.

The YouTube video below is a time lapse of Duffy creating a piece of Golden State Warriors player Steph Curry, which includes every game from the team's championships.

You can buy prints of the art on his website, www.artofwords.com.