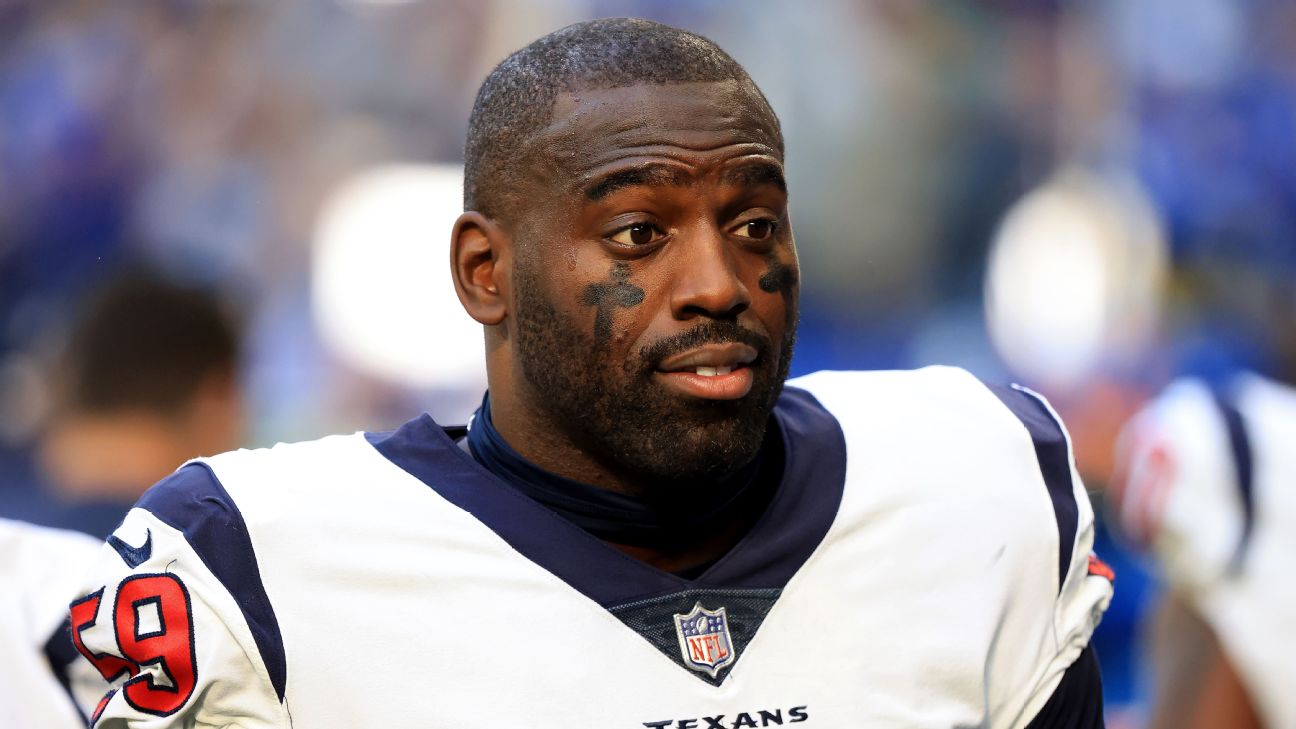 The Texans drafted Mercilus in the first round in 2012, but this was his first year in Lovie Smith's defense, which saw him move from outside linebacker to defensive end.


In March, the 31-year-old restructured his four-year, $54 million contract, making him a free agent after this season.

Last month, Mercilus said the transition in the Texans' new defense has "been a little different."

"Now it's like my keys are shortened down to just reading tackles and tight ends and pre-snap reads, so I can't see anything that's post-snap or when motions happen, stuff like that, to get a beat on what might happen, things like that," Mercilus said. "It's just reading my keys more so and locking in on that, and just letting instinct take over."

In six games for Houston this season, Mercilus has 3 sacks, 4 tackles for a loss, 3 quarterback hits and 12 tackles.


His 57 sacks in 10 seasons for the Texans ranks second in franchise history behind J.J. Watt, who had 101 sacks with Houston.

"There aren't many players in franchise history who have impacted our organization and community the way Whitney Mercilus has," Texans chairman and CEO Cal McNair said in a statement. "I can recall a number of times over the last 10 seasons where he stepped up for us on the field with a sack or big play in a crucial moment, but it was his unique connection with the Houston community that made him one of the most popular players in franchise history. Our fan base gravitated to Whitney from day one and he always found ways to give back and serve through his foundation and culinary work. My family and the entire organization will always consider Whitney a Texan."

The Texans also released return specialistAndre Roberts, who signed a two-year, $5.5 million contract in March, a source told ESPN, confirming a report by SportsTalk 790. In six games, Roberts, in his 12th NFL season, averaged 4.1 yards on punt returns and 21.4 yards on kickoff returns.