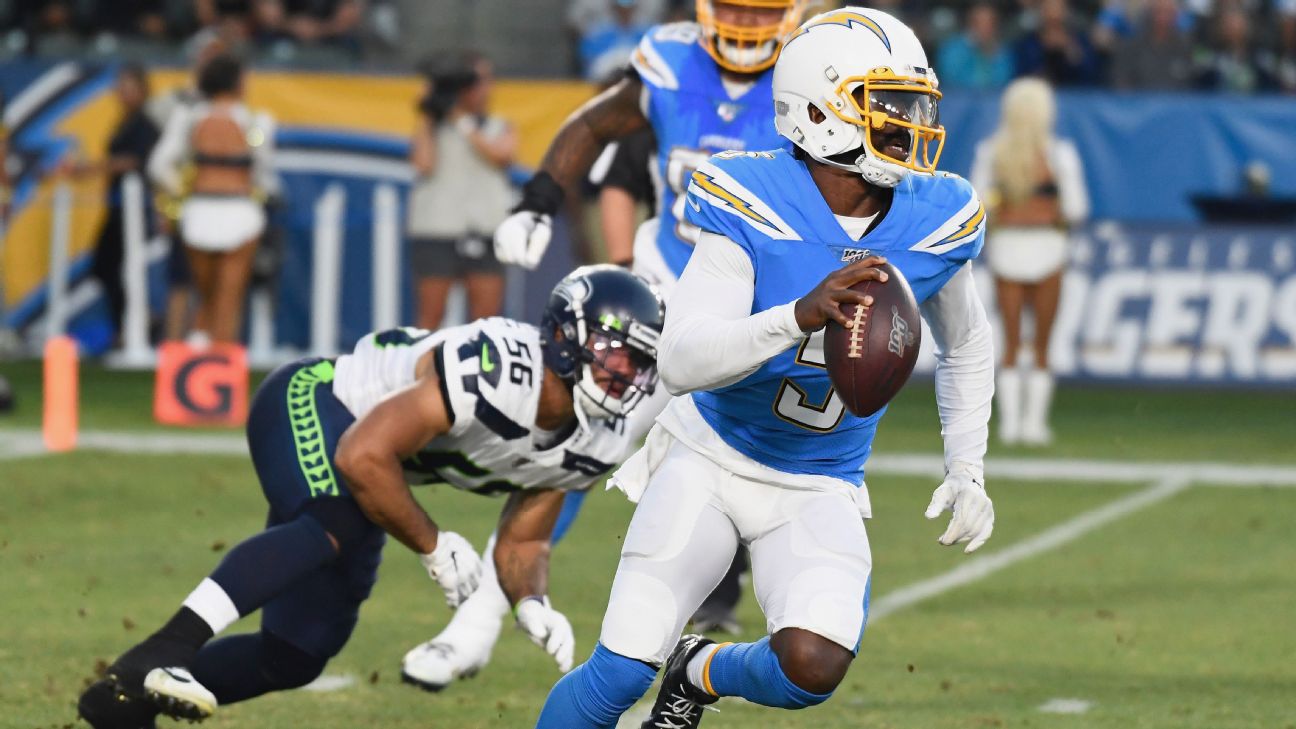 HOUSTON -- Speaking to the media for the first time since he signed with the Houston Texans in March, quarterback Tyrod Taylor did not dance around the fact that he expects to be the team's starting quarterback this season.


"But the opportunity to be able to start here is something that I look forward to."

Taylor said when he signed with the Texans, he wasn't sure whether he would be Houston's starting quarterback, but that he "knew that it was an opportunity for me to be able to showcase what I can do."

Taylor's one-year deal is worth up to $12.5 million. He signed with the Texans on March 16, the same day the first lawsuit was filed against Watson.


Prior to the lawsuits, Watson had requested a trade. He has not reported to the Texans' voluntary OTAs this spring. During the first week of the Texans' organized team activities, coach David Culley declined to comment on whether Watson was in attendance or taking part in the team's Zoom meetings.

Since the first lawsuit was filed against Watson, Culley has said he has "nothing to say" about Watson's situation.

Taylor, who signed a two-year, $11 million deal with the Chargers in 2019, was named the starter last season. However, he started only one game before a team doctor accidentally punctured his lung with a pain-killing shot while attempting to treat a rib injury before a Week 2 game. He was replaced in that game by quarterback Justin Herbert, who kept the starting job and went on to be named the NFL's Rookie of the Year.
Report a correction or typo
Related topics:
sportsespnnewshouston texansnfltyrod taylorjustin herbertdeshaun watson
Copyright © 2021 ESPN Internet Ventures. All rights reserved.
TOP STORIES
13 Investigates: Texas mass shootings jump 65% as violence continues
4 children hurt in crash involving intoxicated driver, authorities say
'See something, say something' site leads to road rage suspect
Man's body found floating in Buffalo Bayou, HPD says
Hot and hazy weekend ahead but more rain expected next week
Couple robbed while unloading from trip, HPD says
EMT inside hijacked Houston FD ambulance hailed as a hero
Show More
Players and friends remember former Texans coach killed in California
3 ways to get COVID relief money if you don't live in Harris Co.
'Do your job': Murder victim's brother waiting for trial tells courts
FBI arrests another Houston-area resident tied to US Capitol riot
Flames rage over apparent warehouse fire in west Houston
More TOP STORIES News