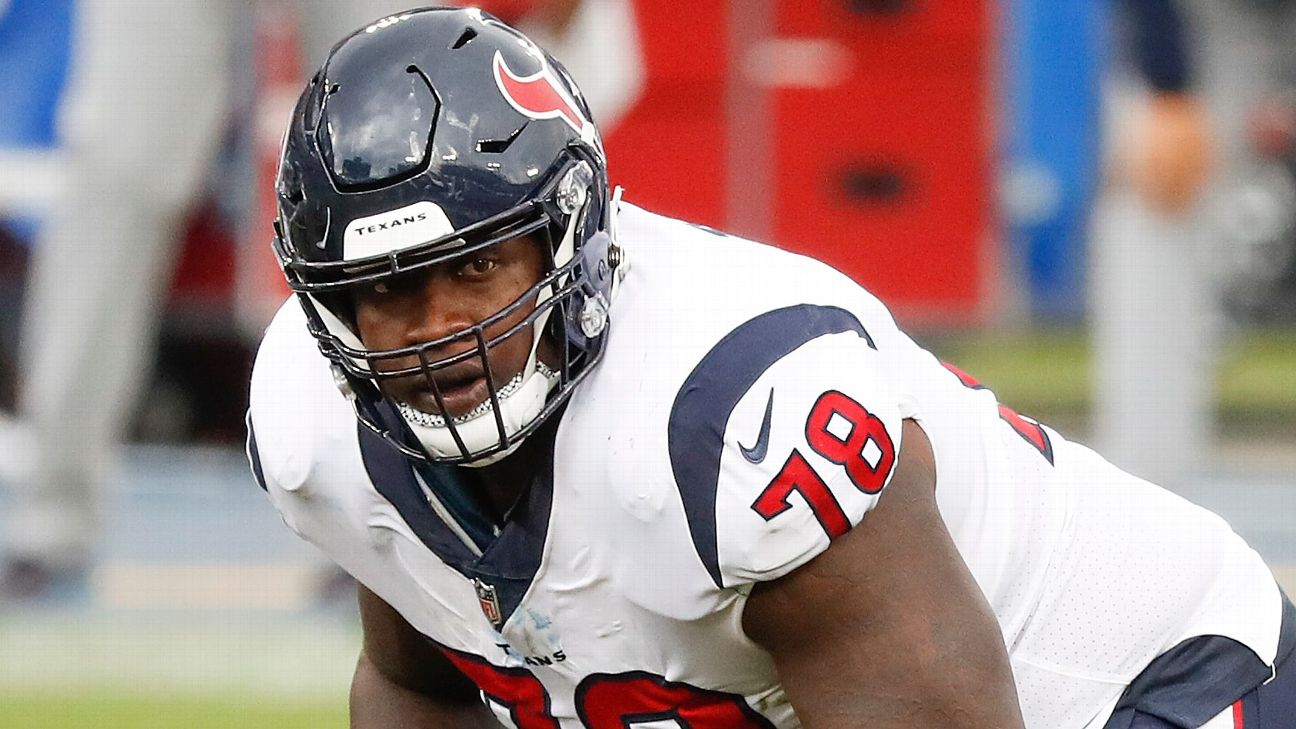 Culley said Wednesday that the Texans are "thinking right now" that Tunsil could miss four weeks but also said, "We're not really sure."


Tunsil injured his left thumb in Sunday's loss to the New England Patriots. After the game, Culley said Tunsil "couldn't punch" on blocks after the injury so he played only "a little bit on the field goal and extra-point team because all he had to do was just sit there and spread his hands out and not punch."

Culley also said quarterback Tyrod Taylor, who is eligible to return from injured reserve this week, is "progressing very well, but he's not ready right now." Taylor injured his left hamstring in the Texans' Week 2 loss to the Cleveland Browns and was replaced by rookie third-round pick Davis Mills.

A week after a 40-0 loss to the Buffalo Bills, Mills had the best game of his young career Sunday, completing 21 of 29 passes for 312 yards and three touchdowns. The rookie is 0-3 this season in his three starts since taking over for Taylor.

Wide receiver Nico Collins is also eligible to come off injured reserve this week, and Culley said that the team will "take it day-to-day" with Collins but that he will be able to practice this week on a limited basis. Culley also said wide receiver Danny Amendola, who has not played since Week 2 due to a thigh injury, "will be on the field" Wednesday.