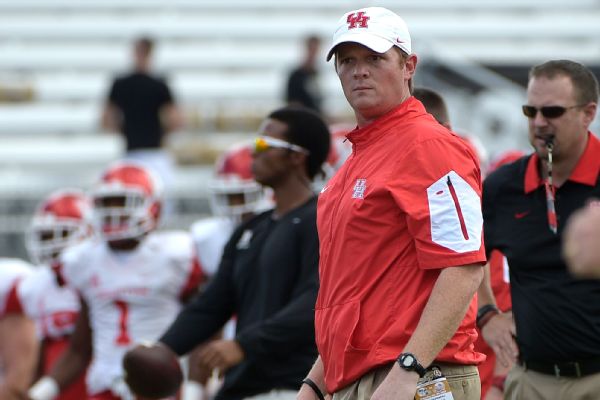 The Houston Cougars have hired offensive coordinator Major Applewhite to succeed Tom Herman as their new head coach, it was announced Friday.

"When we set out on our search for the new leader of our football program, we wanted a coach with great integrity who believed in our mission and truly believed in our student-athlete experience," athletic director Hunter Yurachek said in a statement. "We had our sights set on a focused competitor who has demonstrated success and possesses a deep connection to college and high school football in the great state of Texas.

"As this process was completed, it was clearly evident the only individual to offer our position to was Major Applewhite and he was indeed the right man to lead our program."

Sources told ESPN's Brett McMurphy that Houston was down to Applewhite and Kiffin, but the tipping point was the number of players who expressed their support for Applewhite to Yurachek.

Applewhite will take over immediately, coaching the Cougars against San Diego State in the Las Vegas Bowl on Dec. 17. Orlando, who has been serving as the interim coach since Herman accepted the Texas jobon Nov. 26, will assume his usual duties as defensive coordinator.

The 38-year-old Applewhite steps into a program that has enjoyed a lot of success in the past 10 years and has become a launching pad for coaches. Art Briles went 34-28 with a Conference USA title at Houston from 2003 to 2007 before moving on to Baylor. Kevin Sumlin went 35-17 from 2008 to 2011 before leaving for Texas A&M. Herman went 22-4 with an American Athletic Conference championship in 2015.

A source told ESPN on Thursday that the university wanted to require an excessive buyout so the next coach can't leave after a couple of seasons without paying a substantial penalty.

"My family and I are excited and honored to have the opportunity to lead such a tradition-rich program and continue our lives in one of the greatest cities is the nation, a city we love," Applewhite said. "The student-athletes truly are the backbone of every great program, and as they've demonstrated over the past few years, we have an exceptional group of young men in our program, and we'll continue to add men with great character and a competitive drive in our recruiting."

Applewhite, who joined Houston in 2015, combined with Herman to lead one of the nation's best offenses. The Cougars ranked 15th nationally in passing offense (301.9 yards per game) and 21st in scoring (38 points per game) this season. In addition, they averaged 157.3 yards rushing in 2016.

Overall, Houston gained more than 500 yards in a game on 11 occasions over the past two seasons.

"It's no coincidence that the success UH football has achieved over the past two seasons happened with Major Applewhite running our offense," university president Renu Khator said in a statement. "His energy and creativity are responsible for one of the most explosive passing games in college football and I am confident that as our head coach he will continue our upward trajectory as a nationally relevant athletics program."

Before joining the Cougars, the former Texas quarterback, who was the 1999 co-Big 12 Offensive Player of the Year, served seven years as an assistant coach for the Longhorns. He was Texas' co-offensive coordinator in his last four seasons in Austin after serving as assistant head coach in his first three years on the Longhorns' staff. In 2013, Applewhite admitted to having an inappropriate relationship with a student during a 2009 bowl trip and said he was ordered to undergo counseling and had his pay frozen for a year at that time.

He was out of coaching for one season before joining the Cougars.

Applewhite was Alabama's offensive coordinator and quarterbacks coach in 2007. He also coached at Syracuse and Rice.

During his playing career at Texas, Applewhite was 22-8 as a starter and threw for 8,353 career yards and 60 touchdowns. 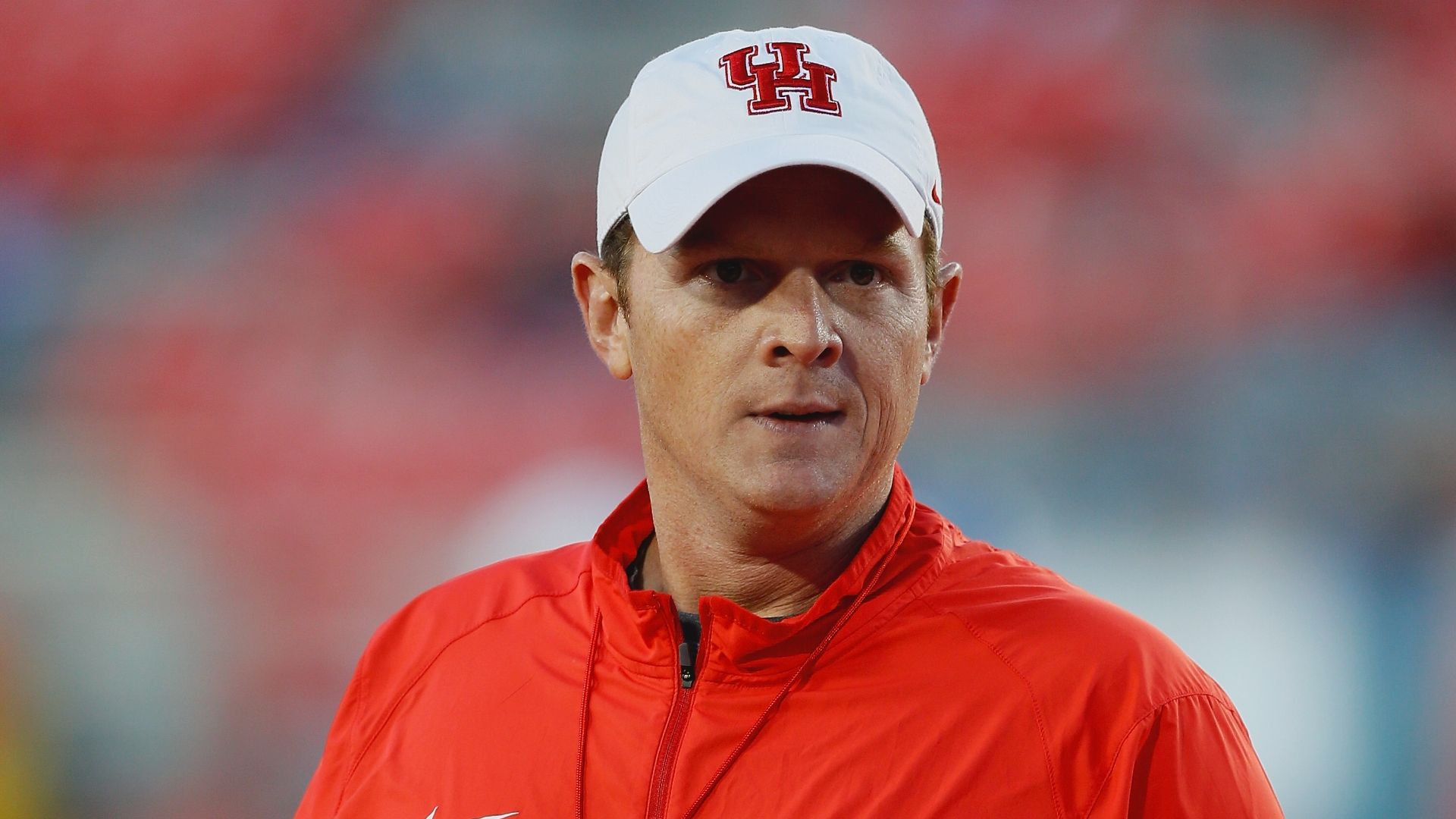 Houston hopes Applewhite can continue Cougars' success
Brett McMurphy breaks down Houston's promotion of Major Applewhite and why he is a good fit for the team. 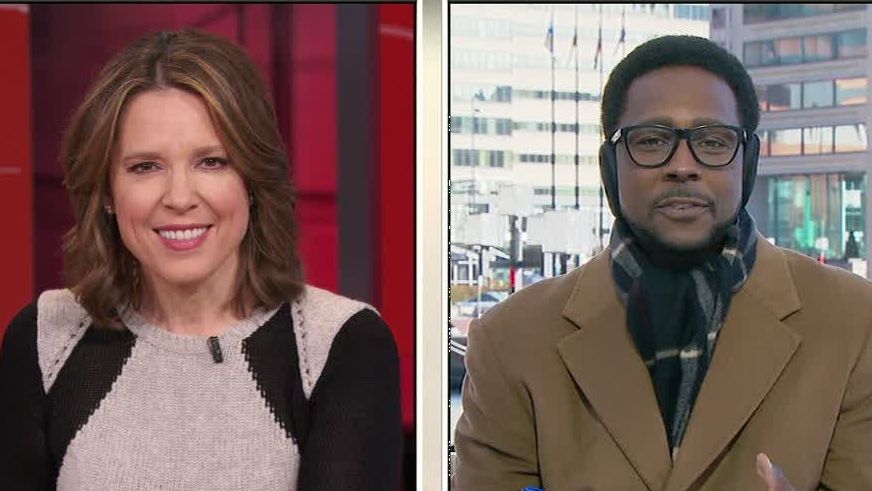