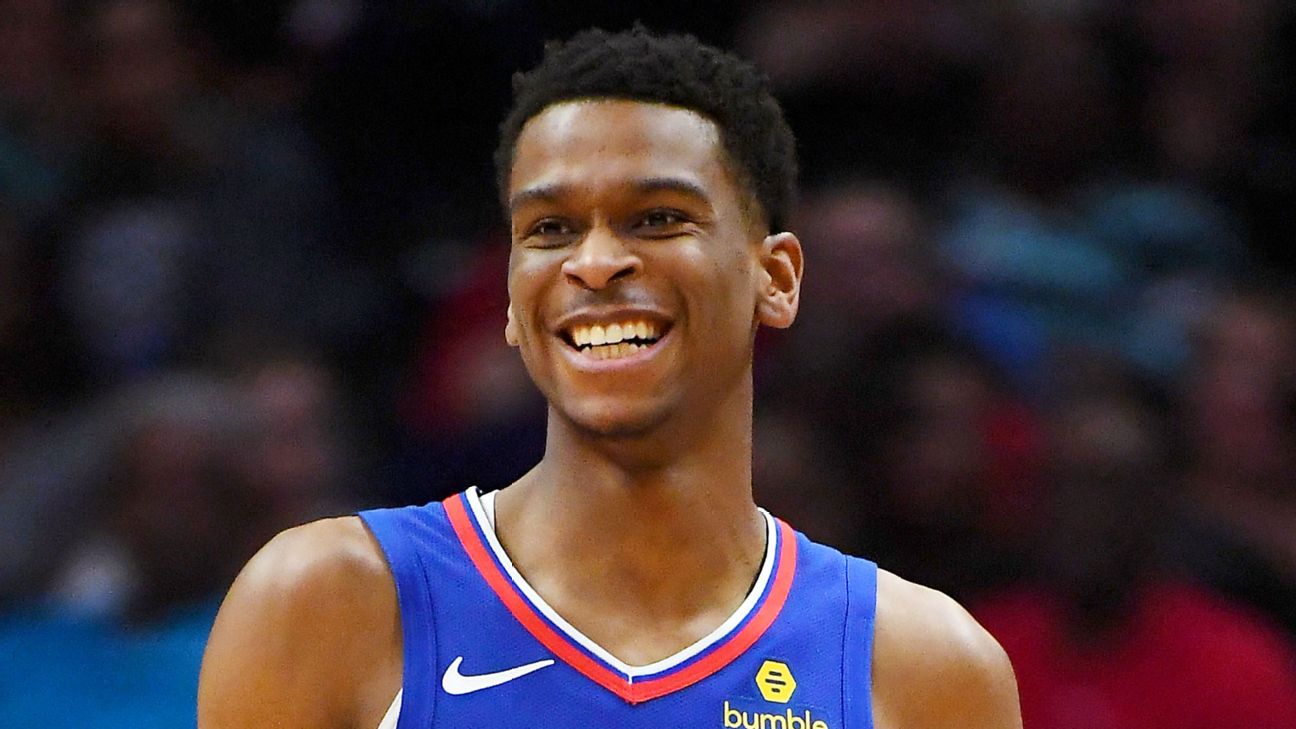 He is preparing to step into the point guard position Russell Westbrook held for 11 years for the Oklahoma City Thunder.

Gilgeous-Alexander averaged 10.8 points and 3.3 assists as a rookie for the Los Angeles Clippers last season. He joined the Thunder in the deal that sent All-Star Paul George to the Clippers.

He has a massive hole to help fill. Westbrook was the 2017 NBA MVP and two-time scoring champion, two-time All-Star MVP and two-time assist leader who averaged a triple-double the past three seasons with the Thunder before he was traded to the Houston Rockets this summer.

"I am not Russell Westbrook," Gilgeous-Alexander said matter-of-factly Thursday. "We don't have the same name, the same body type, nothing like that. So I'm going to try to be myself and be the best me, and everything else will take care of itself."

Gilgeous-Alexander relishes the opportunity to be mentored by Paul, a nine-time All-Star who averaged 15.6 points and 8.2 assists last season. He has worked with Paul since joining the Thunder, but wouldn't share all that he has learned.

"Some of the things I like to keep a secret," he said, laughing. "I've learned a lot from him in terms of thinking the game, angles, things like that. He's obviously a really good player. He's been a really good player for a really long time, and a guy that I looked up to growing up. I'll continue to learn from him as long as I get to."

The Thunder have a slew of draft picks for future years, and Gilgeous-Alexander, just 21, could be a key building block.

"I think where Shai is today is not close to where ultimately he's going to be," Presti said last month. "But we have to be really patient with that process. But he's got great tools, and he'll have to follow the same track that a lot of these other players have, but we think he has a bright future."

Danilo Gallinari, a key piece who helped the Clippers reach the playoffs last season, also joined the Thunder in the Paul George deal. The forward averaged career highs of 19.8 points and 6.1 rebounds per game last season and made 43.3 percent of his 3-pointers.

"Really skilled," Gilgeous-Alexander said. "Competitive as well, and even a better guy. One of my vets from my rookie season, and I'm happy to have him still with me."

Gilgeous-Alexander looks forward to working with Steven Adams, a 7-foot center who averaged 13.9 points and 9.5 rebounds for the Thunder last season while shooting nearly 60 percent from the field.

"Honestly, he was very annoying," he said. "His screens are rock -- very annoying to get over. Having him on my side of the playing field will be a lot better this year."