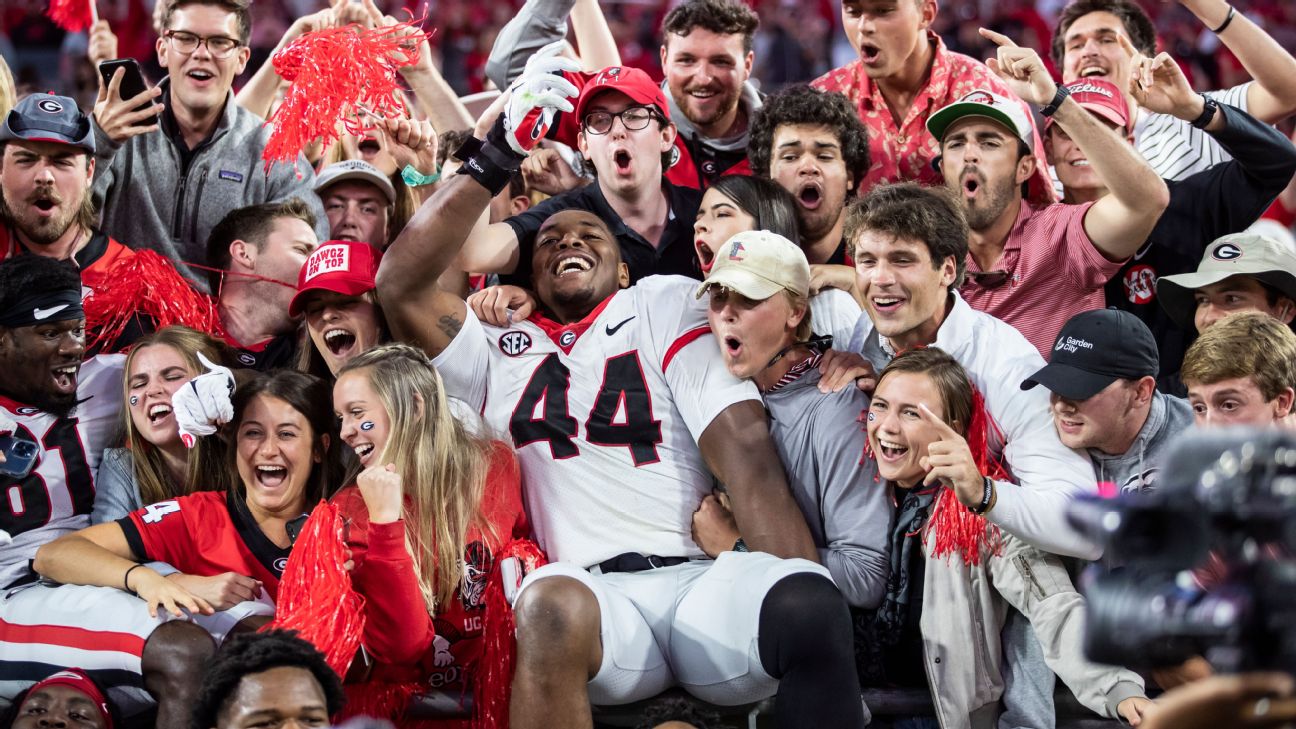 Heartbreaks and headaches are typically associated with Georgia sports, and for good reason.

There's the 2020 National League Championship Series where the Atlanta Braves, who held a 3-1 lead over the Los Angeles Dodgers, fell short of reaching the World Series. The 2018 College Football Playoff National Championship Game where then-freshman Tua Tagovailoa led the Alabama Crimson Tide back from a 13-0 deficit at halftime to stun the Georgia Bulldogs in overtime. And, of course, there's Super Bowl LI where the Atlanta Falcons blew a 28-3 lead to Tom Brady and the New England Patriots.


However, those days might be in the rearview mirror and, as Andre 3000, Atlanta native and part of southern hip hop due Outkast, eloquently stated: "The South got something to say."


The Atlanta Braves' 3-2 win over the Houston Astros in Game 4 of the World Series capped an impressive day for the Peach State.

Despite trailing Houston for most of the game, Atlanta was saved by its seventh inning production. Dansby Swanson andJorge Soler's back-to-back home runs supplied just enough for the Braves to extend their series lead to 3-1.


Atlanta is now one win away from securing a World Series title for the first time since 1995.

The Braves weren't the only team in the region that took care of business as Saturday proved to be a pleasant day for Georgia sports fans.


The Georgia Bulldogs spent Saturday afternoon beating up on rival Florida. The win secured UGA's trip to Atlanta for the SEC championship game. The Bulldogs will also assuredly be the No. 1 team when the first College Football Playoff rankings are released Tuesday. Saturday's game was anything but a nailbiter as the Bulldogs' 24-point halftime lead was the largest in the series since 1996.

No. 10 FCS powerhouse Kennesaw State beat Gardner-Webb, 34-30, with a last-second touchdown. Sophomore quarterback Xavier Shepherd led the injury-riddled Owls to a comeback victory that improves their record to 7-1.


All that's a tough act to follow for the Atlanta Falcons who host the Carolina Panthers Sunday. No pressure. 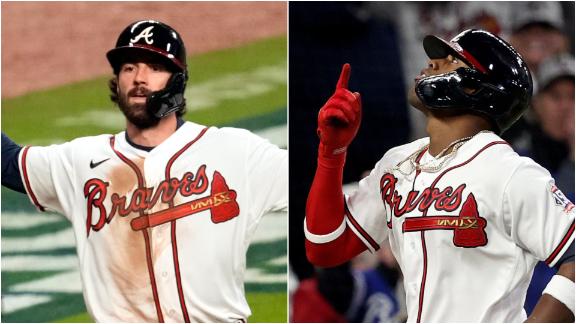 Swanson, Soler go back to back to put Braves on top
Dansby Swanson and Jorge Soler hit back-to-back home runs to push the Braves ahead of the Astros. 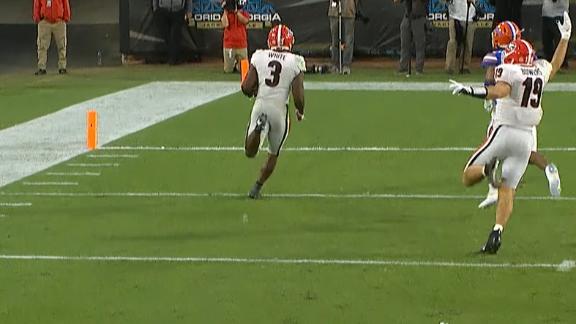 Zamir White puts finishing touches on Georgia win with 42-yard TD
Zamir White breaks free and gets into the end zone from 42 yards out, putting the Georgia win on ice. 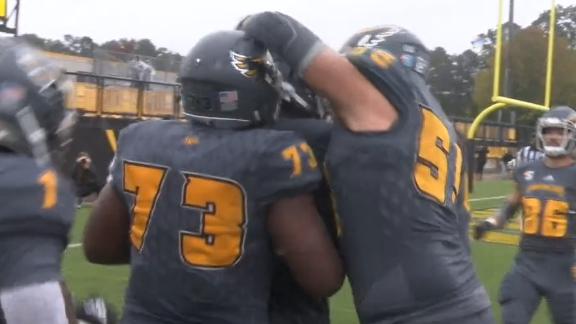