ESPN: Deshaun Watson out for season after tearing ACL 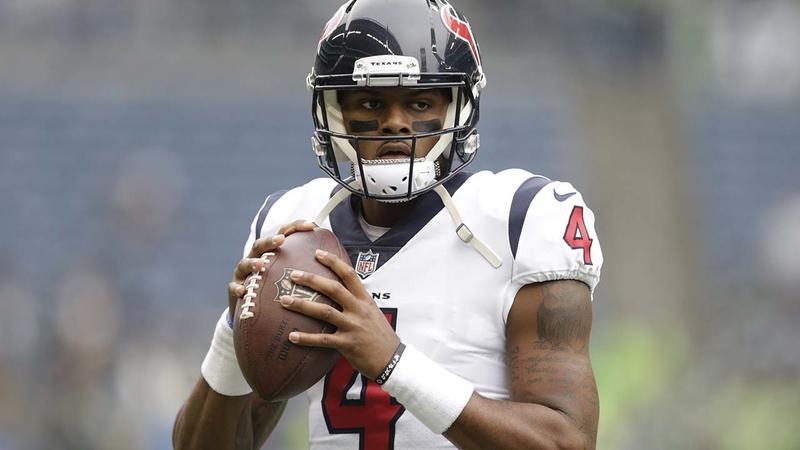 HOUSTON, Texas (KTRK) -- Deshaun Watson suffered a torn ACL in practice and is out for the rest of the season, sources confirmed to ESPN.

Test performed on-site revealed the tear.Watson went down on a normal drill while running a read option, according to reports.

"Often it's a quick change in direction. The athlete will feel a pop in the knee. It's a non-contact injury and the knee will swell," explained Dr. Patrick McCulloch, an orthopedic surgeon at Houston Methodist Hospital.

McCulloch is not treating Watson but has treated plenty of professional athletes for torn ACLs. They are common, he says. Recovery and rehabilitation time can take 6-8 months but players can often return to their old selves on the field.

"This is definitely a serious injury. The good news is surgery works well," said McCulloch.

Since starting in September, Watson has re-energized the Texans offense. He has helped make the Texans the highest-scoring team in the NFL this season, with 30.7 points per game this season.

Minor setback for a major comeback.
We’ve all seen what’s possible, can’t wait to see what’s next. With you every step of the way 4.

Here's everything you need to know about the Texans' new quarterback.

Last week, Watson completed 63 percent of his passes for 402 yards against the Seattle Seahawks.

Clemson coach Dabo Swinney, talked about Watson's injury, and noted that he rebounded from the same injury when he was with the Tigers.

"I talked to Deshaun late this afternoon and we are disappointed," Swinney said. "But, he is a person who has had some setbacks in his life, and always comes back stronger. Since he went through the rehab before, he knows what it takes."

Watson also tore his ACL in 2014 as a freshman at Clemson.

"All he did after the injury in 2014 was come back and lead us to the national championship game twice and of course we won it last year," Swinney said. "He started all 30 games the last two years here. I have no doubt he will come back from this. He has the resolve. His work ethic and drive are incredible."

Many people took to Twitter to express dismay at the injury and wish Watson well.

Watt tweeted: "Minor setback for a major comeback. We've all seen what's possible, can't wait to see what's next. With you every step of the way 4,".

NBA superstar LeBron James tweeted a link to a story about his injury and wrote: "This seriously just made me sad man!! Get well and stronger asap."

Drafted in the first round by the Texans, Watson has captured the heart of Houstonians with his work off the field.

"I wanted to give my first game check to y'all to help y'all out, some type of way," Watson told the workers.

The Texans will sign Matt McGloin to back up Tom Savage, a person familiar with the move told The AP on the condition of anonymity because the team hadn't announced it. McGloin, who played for O'Brien at Penn State, was released by the Eagles on Sept. 1.