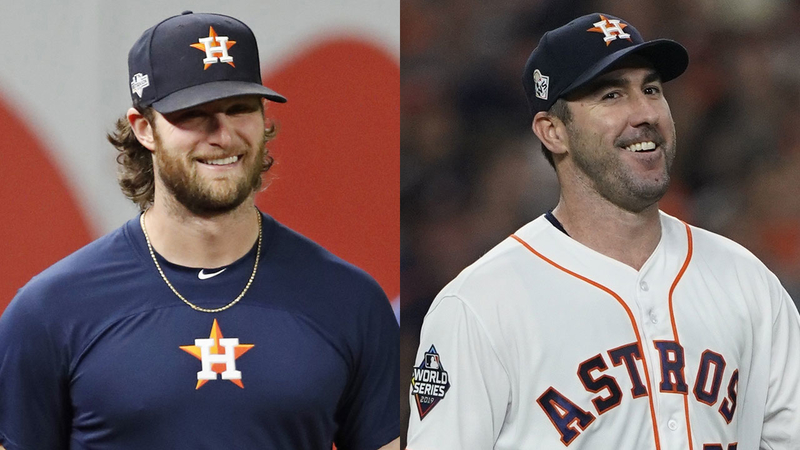 HOUSTON, Texas (KTRK) -- Gerrit Cole's possible parting gift from his time with the Houston Astros could be an American League Cy Young Award.

He just has to get more votes than two men he has called teammates.

The Baseball Writers' Association of America released the list of finalists for its year-end awards, and the top Astros mentioned throughout the season for the honors are on the list.

The finalists for the AL Cy Young Award, which recognizes the top pitcher in the league, are Cole, Astros teammate Justin Verlander, and a former Astro, Charlie Morton, who got his first career nomination while pitching for the Tampa Bay Rays.

Third baseman Alex Bregman is a 2019 finalist for AL Most Valuable Player. He is contending with two AL West rivals for the award: Oakland's Marcus Semien and the Angels' Mike Trout.

Yordan Alvarez, seen as the top rookie since his June call-up from the minors, is one of three finalists for the AL Rookie of the Year. Other finalists are Brandon Lowe of the Rays and John Means of the Baltimore Orioles.