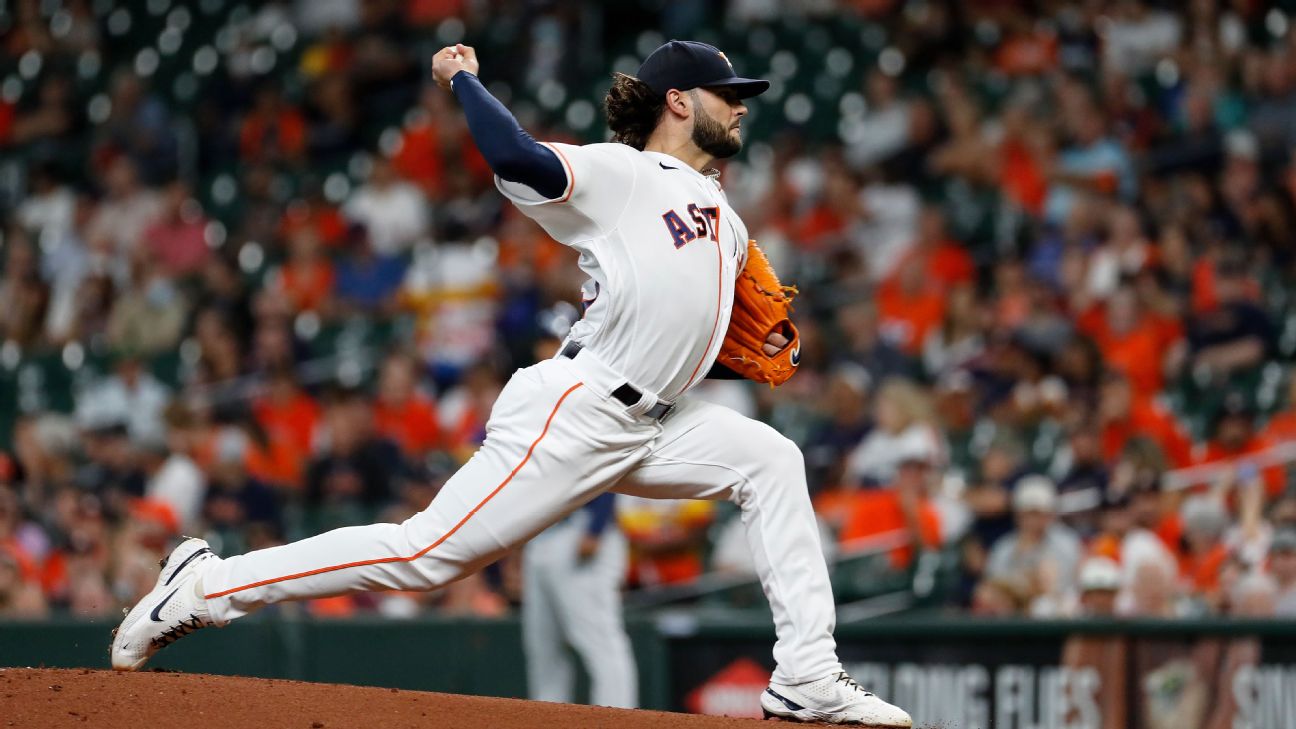 HOUSTON --Carlos Correa hit his career-high 25th homer with a three-run shot and the Houston Astros clinched the AL West with a 3-2 win over the Tampa Bay Rays on Thursday night.

It's the fourth division title in five seasons and 10th overall for the Astros. They're in the playoffs for the fifth consecutive season, extending a franchise record.

The Astros will open the AL Division Series on Oct. 7 against the Chicago White Sox-- home field for that best-of-five matchup is still to be determined. Houston went 5-2 against the White Sox this year.

Houston was a wild-card team last year in manager Dusty Baker's first season with the club. So where did this division-clinching victory rate on his list?

"Every time you win, it ranks higher than the last time. And you never get tired of winning," he said.

Correa's huge hit in the fourth inning allowed the Astros to put a recent stretch where they dropped five of six games behind them and let the celebration begin at Minute Maid Park.


"We are where we are because of him," Astros star second baseman Jose Altuve said.

Astros mascot Orbit dashed onto the field waving a huge orange flag that touted the team's division title as the players cheered and embraced after the final out.

"I'm proud of my team," Altuve said. "They went out there every single day this season to make this happen."

Tampa Bay, which has already clinched the top seed in the AL playoffs, put runners on first and second with no outs in the ninth but didn't score.

Rays rookie Wander Franco went 0-for-4 to snap a 43-game on-base streak, which tied him with Frank Robinson in 1956 for the longest such string in MLB history among players 20 or younger.


Yuli Gurriel singled to start Houston's fourth and Kyle Tucker walked. Correa followed with his towering shot that smashed off the wall in left field to put the Astros up 3-0 against Ryan Yarbrough (9-7).

The charismatic shortstop put a hand to his ear to encourage the crowd as the rounded third base on the home run trot.

Lance McCullers Jr.(13-5) didn't allow a hit until Ji-Man Choi singled to start the sixth. There were two outs in the inning when Brandon Lowe homered on a ball to right field that sailed just inside the foul pole to cut the lead to 3-2.