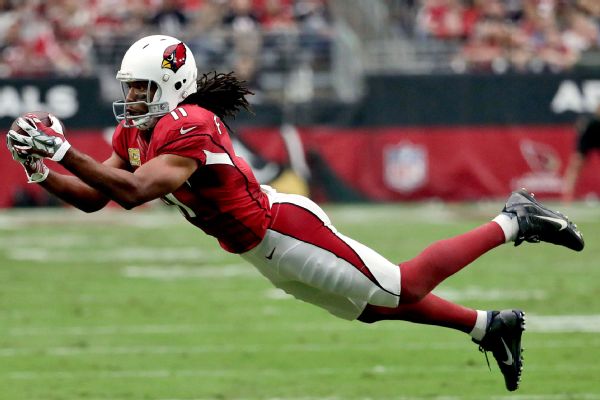 Cardinalsreceiver Larry Fitzgerald says he will return for his 14th season in the NFL.

Fitzgerald told ESPN's Jim Trotter on Wednesday that he will play out the final year on his contract with Arizona.

Fitzgerald, who has played his whole career for the Cardinals, had said earlier in the week he had "pretty much made up my mind" but wasn't ready to announce the decision, which he added wasn't a tough one to make.

The 10-time Pro Bowler led the NFL in receptions this season with 107. He also leads active receivers in career receptions with 1,125.

Fitzgerald, speaking Tuesday at the Waste Management Phoenix Open after participating in the Special Olympics Open,said his body is never at 100 percent but that he feels "good" and his body is in the process of "coming back."

The Cardinals and coach Bruce Arians have been waiting to hear decisions on whetherFitzgerald and quarterbackCarson Palmerwould return.

"I feel very comfortable with where they're at and what's going to happen," Arians said Tuesday. "Like everybody else, I've got my fingers crossed, and I think when the juices start flowing and the injuries go away, they'll both be back, but there's nothing to confirm yet."