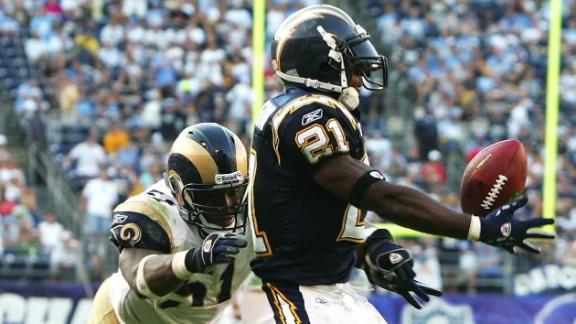 HOUSTON -- Former Chargers running back LaDainian Tomlinson, a four-time first-team All-Pro selection who rushed for 13,684 yards, was one of five modern-era players voted into the Pro Football Hall of Fame on Saturday.

Cowboys owner Jerry Jones made the Hall as a contributor, and Kenny Easley, a hard-hitting, versatile safety for theSeahawks during the 1980s, made it as a seniors committee candidate.

The five modern-era selections were chosen from a list of 15 finalists. A panel of 46 media members and two current Hall of Famers, James Lofton and Dan Fouts, trimmed that list to 10 and then five Saturday. At that point, the remaining five were then voted on.

Among those not to make the final cut were receivers Isaac Bruce and Terrell Owens,who later took to Twitter to vent about the process; tackles Joe Jacoby and Tony Boselli; center Kevin Mawae; guard Alan Faneca; cornerback Ty Law; and safety John Lynch, the new general manager of the 49ers.

Former commissioner Paul Tagliabue, a polarizing candidate due in part to controversial comments he made about concussions in 1994, also had been nominated as a contributor but did not receive enough votes for enshrinement.

In nine years with the Chargers and two with the Jets, Tomlinson reset the template for what had been known as a scatback. At 5-foot-10, he proved someone of his size and speed could be a game-changer and not merely a change-of-pace back. As dangerous catching the ball (4,772 career yards) as he was running it (13,684), in 2003 Tomlinson became the first player to rush for 1,000 yards and catch 100 passes.

He was hard to keep out of the end zone, too. His 31 touchdowns in 2006 are still the record. He finished his career with 145 touchdowns, not counting the seven he threw on halfback options.

Tomlinson's induction shed a glimmer of light on a dark year for San Diego fans. The city lost its team to Los Angeles but gained a Hall of Famer.

"Those fans there inspired me to run harder, to dig deeper in times when I was tired in the fourth quarter and didn't think I had anything left,'' Tomlinson said.

Warner's heyday was 1999 to 2001 with the Rams, whose offense was known as "The Greatest Show on Turf.'' Warner quit his job bagging groceries, first for a stint in the Arena League, and then with the Rams after getting a tryout.

An injury to Trent Green thrust Warner into the lineup in 1999. Coach Dick Vermeil cried during his news conference announcing the injury to his star quarterback, but he ended up with another. Warner went on to win two regular-season MVPs and the Super Bowl XXXIV MVP as he led the Rams to their only Lombardi Trophy. The 1999 and 2000 teams are still among the top 10 in most points scored in league history.

"You've got to remember, he was crying at the time, because he didn't believe it either,'' Warner said. "We all had dreams. We all believed big things. We all expected greatness from ourselves. But I never would have expected '99.''

Davis was a sixth-round pick out of Georgia in 1995 who caught Broncos coach Mike Shanahan's eye with a big hit on special teams in a preseason game. Davis became the starting tailback, and from 1996 to '98 he complemented John Elway, helping the Broncos to 45 victories and finally pushing Elway over the top with two Super Bowl titles. In 1998, Davis became the fourth runner to surpass 2,000 yards, finishing with 2008.

Davis suffered a career-changing knee injury in 1999 while making a tackle after an interception and played only 17 more games before retiring in 2001. His 78 career games spanned seven seasons, equaling the length of the career of Hall of Fame runner Gale Sayers, who is often held up as Exhibit A when voters debate short bursts of greatness versus longevity.

"I really thought that there's no way they're going to put two backs in the same class, especially a guy that was a first-ballot Hall of Famer versus a special circumstance guy like me,'' Davis said. "I thought that's what they saw me as. When I got the knock, obviously I was shocked.''

On the other end of the spectrum was Andersen, the kicker who lasted 25 seasons, played in 382 games and scored 2,544 points for five teams. He is the all-time leading scorer for both the Saints and Falcons and was among the first to make the 50-plus-yard field goal routine. His 40 kicks of 50-plus yards were the most in NFL history at his retirement.

Andersen is the second player to make the Hall of Fame strictly as a kicker, joining Jan Stenerud.

Taylor was Defensive Player of the Year in 2006 with 13 sacks and finished his 15-year career, most of them with the Dolphins, with 139 sacks, eight interceptions and 29 fumble recoveries.

"To say that I'm elated is an understatement," he said. "This whole experience has been humbling, but today, to get that knock on the door and be welcomed into the most sacred and prestigious fraternity in our game? I'm almost at a loss for words. And to share this moment with my sons has made me as proud and as honored as I've ever been."

Easley was a five-time Pro Bowl selection whose career lasted only seven seasons because of kidney issues. He was the NFL's Defensive Player of the Year in 1984.

Jones' $1.2 billion stadium, dubbed "Jerry World,'' set the standard for stadiums to follow it in New Jersey, the Bay Area, Minneapolis, Atlanta and eventually Los Angeles. He brokered TV and marketing deals that have helped turn the league into a $13 billion-a-year business, all the while keeping a steady -- and for many, entertaining -- presence in front of the TV cameras.

"I never thought this was possible, because first of all, right off the bat, I was just trying to breathe and survive, seriously," Jones said. "Of course, the NFL, we had very contentious times early and, of course, competing [with other teams], but the respect I had for the people that had gone before me in the NFL kept me from thinking I could walk with them."

Jones' Cowboys have won three Super Bowls in his tenure, and he has been a driving force in the league's marketing efforts and growth since he purchased the team in 1989. 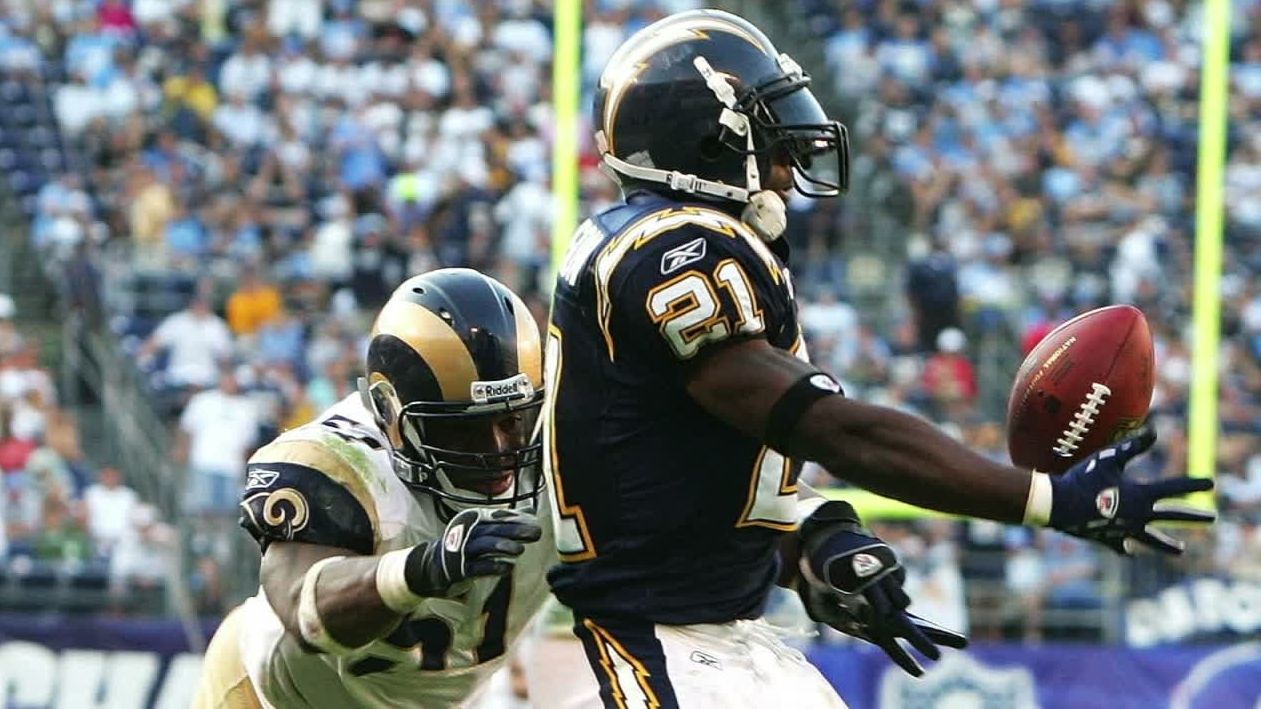