Can the return of Jeff Bzdelik cure the Rockets' defensive woes? 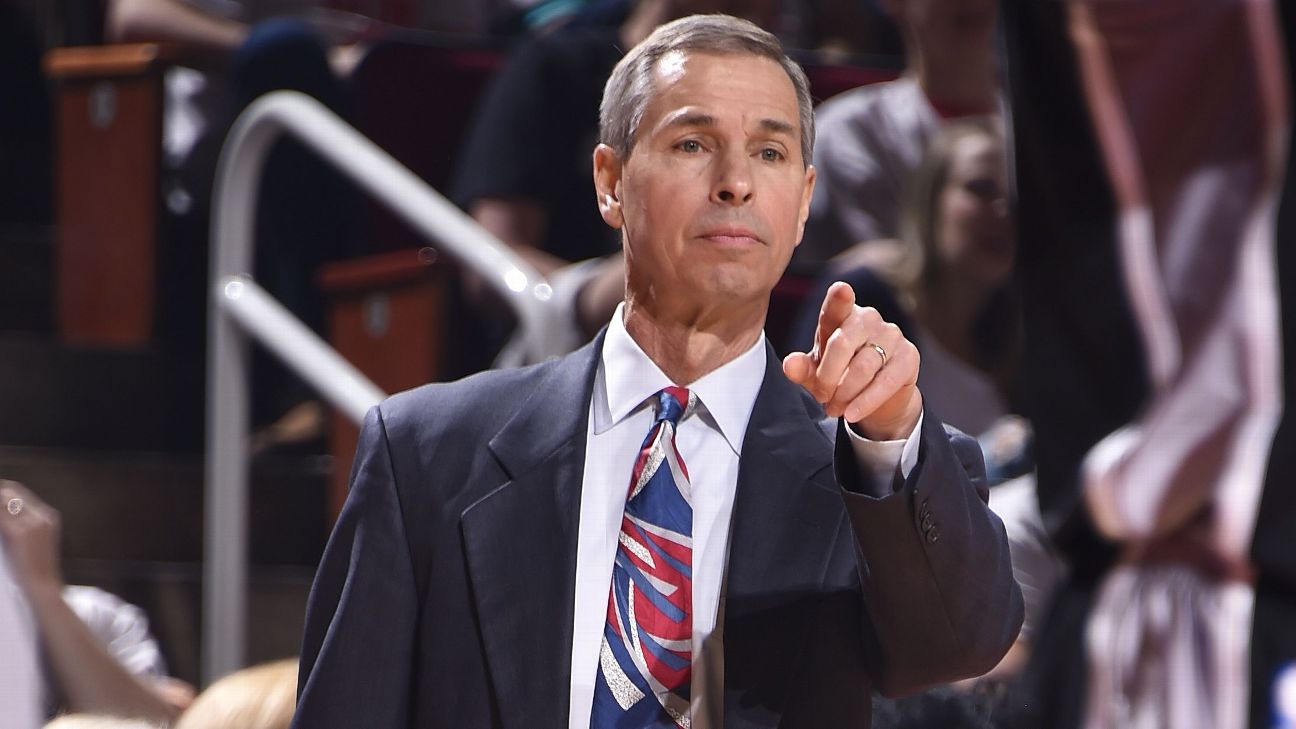 The Houston Rockets, publicly and privately, have been adamant that defensive guru Jeff Bzdelik's retirement was not related to his history with Carmelo Anthony.

We now have proof that Bzdelik is willing to work with Anthony again, almost a decade and a half after he was fired as the Denver Nuggets' head coach 28 games into Melo's second season. As ESPN's Adrian Wojnarowski reports, Bzdelik, who retired before training camp started after two years in Houston, has agreed to rejoin the Rockets on a full-time basis near the end of November.

Bzdelik is accepting a big challenge: the task of repairing a Rockets defense that has been dreadful early this season. The Rockets rank 21st in defensive rating, allowing 111.3 points per 100 possessions, stumbling from finishing seventh last season (105.6).

Houston has no hope of challenging the Golden State Warriors again without making drastic defensive improvement, but Bzdelik's return won't instantly cure all of the Rockets' ills. He isn't bringing Trevor Ariza or Luc Mbah a Moute--the two rangy, versatile defenders so critical to the Rockets' switch-everything scheme a year ago before departing in free agency -- with him.

And Houston still has to figure out how to mask Melo's defensive deficiencies.

It's not fair to put all of the Rockets' defensive issues in Anthony's lap, but the on- and off-court numbers are rather startling. Houston allows 113.9 points per 100 possessions with Anthony on the floor, the most of any Houston player with at least 100 minutes. That number plummets to 98.6 when Anthony sits, more than seven points fewer than any other player on the roster.

Who do you think Mike D'Antoni, another coach who has buried the hatchet from his previous tenure with Anthony, had in mind when he declared that the Rockets needed to make major defensive scheme changes due to personnel?

D'Antoni made those comments in the heat of the moment after Houston gave up 133 points in a lopsided home loss to the LA Clippers. He reconsidered after reviewing film, but the idea got about as much resistance in the Rockets' locker room as most Clippers drives to the basket that night.

"We've just got to figure out how exactly we want to play defensively," Anthony said after the game. "This team this year is completely, totally different from the team they had last year.

"I think we have to focus on the team that we have now and kind of put that behind us of what was going on last year. A lot of guys weren't here last year, so now it's time for us to create our own identity for what this team is and what we're going to be moving forward."

The Rockets have decided that they don't need a new defensive identity. They need to recreate one similar to what they had last season, and they have Bzdelik on board to help make that happen.

It shouldn't be Bzdelik's job to get Anthony on board -- and he couldn't do that in Denver. The coach and young star publicly clashed about Anthony's commitment, or lack thereof, to defense back then. The Nuggets had a remarkable turnaround during Melo's rookie season, going from 17 to 43 wins, but Bzdelik didn't make it through December of Anthony's second year. He was fired when the Nuggets fell to 13-15 after a six-game losing streak, the final five of which Anthony missed due to a sprained ankle that recovered well enough for him to play 42 minutes in the next game.

But that's ancient history at this point; the 3-5 Rockets have plenty of problems in the present.

Chris Paul, Melo's pal who helped recruit him to Houston, apparently addressed some of those during a second-quarter timeout in Brooklyn on Friday. Houston was sleepwalking through another embarrassing defensive effort before Paul's R-rated rant. The Rockets responded with by far their best defensive half of the season -- until they were even better in the second half against the Bulls the next night.

"[Coaches] can tell us all the schemes they want to," Paul told reporters after the win in Brooklyn. "It's up to us to figure out how we're going to get a stop."

Bzdelik sure made it much easier for the players to figure things out last season. He'll be welcomed back, his reunion with Anthony a footnote, as the Rockets aim to return to defensive respectability.