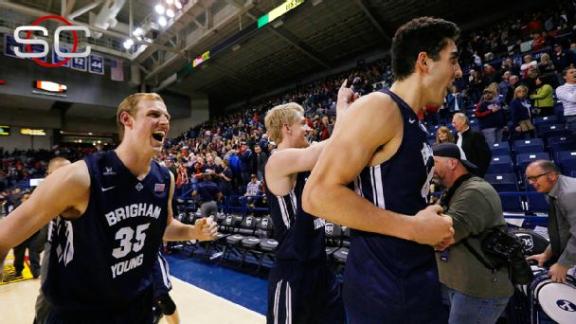 Collinsworth scored 20 points as the Cougars beat No. 3 Gonzaga 73-70 on Saturday night, ending the Bulldogs' school-record 22-game winning streak and perhaps costing them a No. 1 seed in the NCAA tournament.

"We've had a lot of ups and downs," Collinsworth said. "We've lost so many close games, big games.

"It was nice to win the biggest game," Collinsworth said.

Byron Wesley scored 17 points to lead Gonzaga (29-2, 17-1), which also snapped its 41-game home winning streak -- the longest in the nation. The Bulldogs had already clinched the conference's regular-season title.

"We battled the whole 40 minutes," Halford said. "All our guys battled together."

After trailing by 10 points earlier in the second half, Gonzaga used a 20-11 run to pull to 71-70 on Eric McClellan's free throws with 2.6 seconds remaining. After making the first attempt, McClellan tried to miss the second but it still swished through.

The Cougars inbounded the ball to Ryan Andrus, who was fouled immediately and made both free throws for a three-point lead with 1.5 seconds left.

Kyle Wiltjer's shot from beyond midcourt then bounced off the rim as time expired.

"It was beautiful, man," Halford said of the victory.

The win was BYU's first against an opponent ranked third or higher since beating No. 2 UCLA in November 1981.

Gonzaga, which never led in the game, was seeking to become the first team to go through the WCC regular season undefeated since the league's recent expansion to 10 schools. The Bulldogs hadn't lost at home since being beaten by Illinois on Dec. 8, 2012.

"They came in here and, again, were just far more aggressive than we were," Gonzaga coach Mark Few said.

Gonzaga, which leads the nation in field goal shooting at 52.7 percent, was held to 43.9 percent in the game. The Zags made just 1 of 8 3-point shots in the second half.

"We didn't put up too much of a fight," McClellan said.

Halford pointed to the defense as a key to the win.

"It felt like every single person was mentally focused," Halford said.

But BYU shot only 42.4 percent from the floor.

"We didn't play that well offensively," Collinsworth, who was 8-of-17 from the field, said. "We missed a lot of shots, but we stayed with it."

With the score tied 36-all at halftime, BYU opened the second half with a 9-4 run to build a 45-40 lead. The Cougars didn't trail again.

Gonzaga made only five of its first 15 shots in the second half, and Tyler Haws scored seven consecutive points for the Cougars to extend the lead to 60-50.

Wesley's basket cut BYU's lead to 66-61 with 3:32 left before Collinsworth replied with a three-point play to push the lead back to eight.

After a BYU turnover, Wesley was fouled on a drive and made both free throws to cut BYU's lead to three. The Cougars ran down the clock and Collinsworth scored on a putback to make it 71-66 with 14 seconds left.

"I tried to do everything I can to get that ball," Collinsworth said of his rebound.

In the first, BYU jumped to an 11-2 lead as Gonzaga made just one basket in the first 6 minutes.

After Domantas Sabonis scored three baskets to bring the Zags within three, Halford's 3-pointer pushed BYU's lead to 17-11 midway through the first.

Gonzaga found the range and Wiltjer's basket cut BYU's lead to 27-26. But the Cougars went up 33-28 behind two baskets by Collinsworth.

Gonzaga scored the final three baskets of the first half, with Kevin Pangos' short jumper tying the score at 36 at halftime.

BYU: Haws, the defending WCC player of the year, leads the league in scoring at 22.3 points per game and is the career scoring leader at BYU, but was held to 10 points. ... Coach Dave Rose has won 74.7 percent of his games in 10 seasons.

Gonzaga: This was senior night for the Zags, who honored Pangos, Bell and Wesley. ... Gonzaga has won the WCC regular-season title for the 14th time in 15 seasons. ... Pangos has started 133 of the 134 games of his college career.

BYU Upsets Gonzaga
SportsCenter Highlight of the Night: Kyle Collinsworth had 20 points and eight rebounds in the Cougars' 73-70 win over the No. 3 Bulldogs. 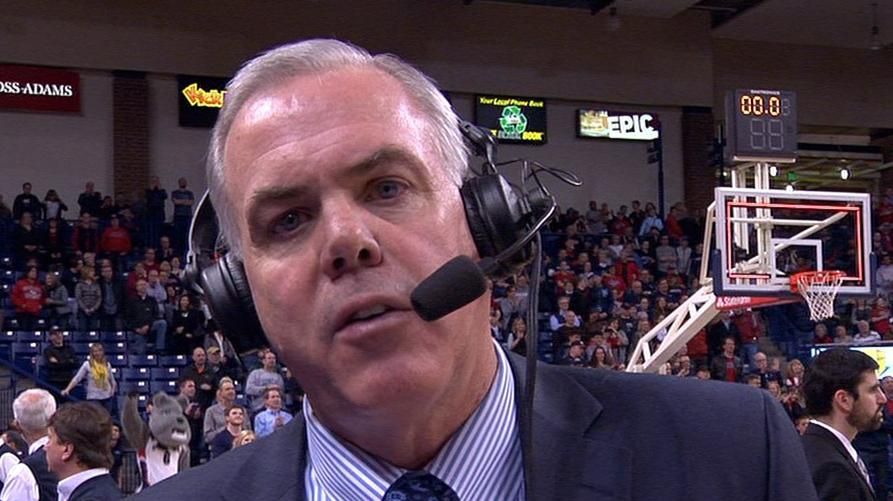 BYU Upsets Gonzaga
SportsCenter Highlight of the Night: Kyle Collinsworth had 20 points and eight rebounds in the Cougars' 73-70 win over the No. 3 Bulldogs.