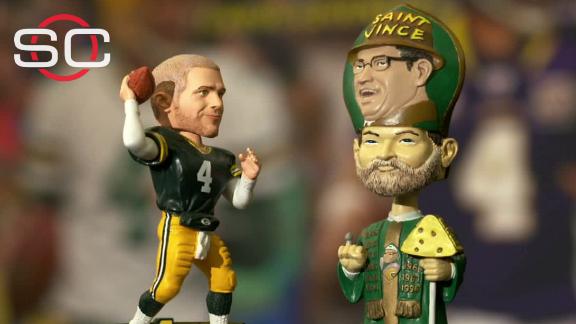 GREEN BAY, Wis. -- The unveiling of Brett Favre's retired No. 4 on the Lambeau Field facade on Thanksgiving night is a major event for the Green Bay Packers and the NFL's smallest city.

Hours before the game, Favre was presented with a key to the city, and Cherry Starr said her ailing husband, Bart, will attend the game against the Chicago Bears.

"Bart has limited strength," Cherry Starr said Thursday afternoon. "But he is going to walk on that field tonight."

But back at Favre's home in Hattiesburg, Mississippi, the monumental event barely registered in his household. Speaking at a Thanksgiving luncheon for the Rawhide Boys Ranch -- a charity Bart and Cherry Starr helped start nearly 50 years ago -- Favre said the significance of it all didn't hit him until he arrived in Green Bay on Wednesday.

"I never really thought about it," Favre said. "No one wants to hear around our house what I did. I don't walk around, saying, 'Hey, I was pretty good.' No one cares, because two nights ago I was taking out the trash. I was carrying the trash out, and I was like, 'I'm getting ready to have my jersey retired, and here I am taking out the trash.' Oh well.

It will be Favre's first time at a game in Lambeau Field since 2010, his final NFL season with the Minnesota Vikings.

But the mending process began over the summer, when Favre was inducted into the Packers Hall of Fame. As part of that event on July 18, Favre made an appearance in the stadium bowl in front of more than 67,000 fans, who welcomed him back after an ugly split in 2008.

It also will be the first time Favre will see Aaron Rodgers play in person since their last head-to-head meeting. Favre heaped praise on his successor, saying, "He's almost too good."

"I mean that with all due respect," Favre said. "It's like, 'Crap, why don't he make a mistake every once in a while?' All my good records are going to be taken, and all my bad ones I'm going to keep. Throw four picks in a game, would you? Or six. I tried that one time, too. Four of them were not my fault.

"When I watch him, he's good. I don't know what else to tell you. To me a really great quarterback, you really know if a guy's great if he can carry his team when the rest of the team's just OK and they lose guys and they plug guys in, but yet they still win."

Favregiveness
A look at the love/hate relationship Packers fans have with Brett Favre in anticipation of his jersey retirement. A "time heals all wounds" mentality is shown as Packers fans go to the confessional of longtime fan "St. Vince" at Brett Favre steakhouse. 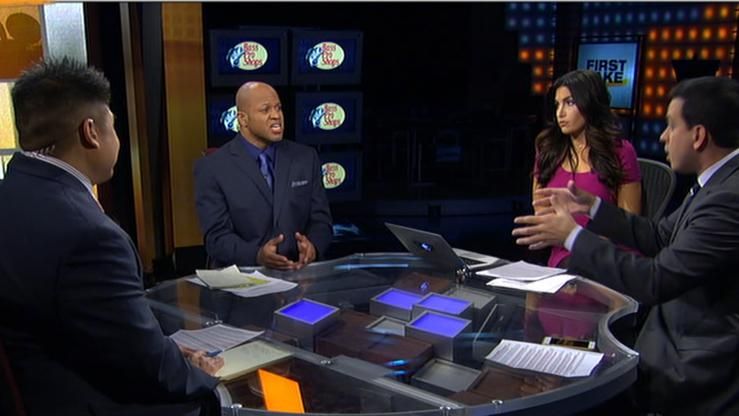