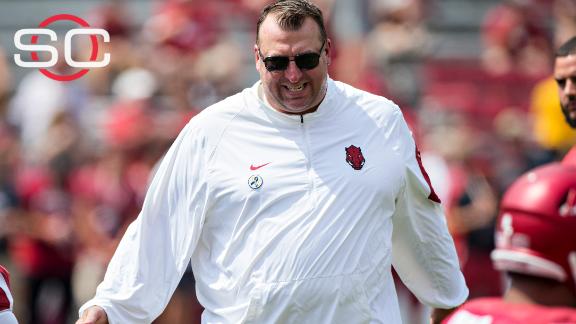 Kingsbury, irked by comments that he said Bielema made at the Texas High School Coaches Association annual convention and coaching school in July, noted that the Razorbacks' coach "got his ass kicked twice in a row" when asked how the Red Raiders managed their 35-24 victoryover Arkansas on Saturday night.

"I'm happy he got to vent and hopefully he feels a lot better," Bielema said Monday. "As a coach who has been in it for 10 years, I know better than to worry about somebody that's been around for a couple and they're .500. So we'll just go forward.

"Was I shocked? Yeah, just because you know, in this profession, you handle certain things in a certain way. I've never really had that before."

Bielema and Kingsbury, who is 15-13 in his three seasons at Tech, are on opposite ends of the philosophical spectrum. Bielema's teams run more traditional offenses with an emphasis on running the football and pro-style formations. Kingsbury is an Air Raid disciple of Mike Leach and believes in high tempo and spreading the field with lots of passing.

Kingsbury, whose father is a retired Texas high school football coach, on Saturday said those comments "definitely rubbed me the wrong way.

"[Bielema's] a prideful guy and he says what's on his mind, but it just hasn't worked out for him."

The Texas Tech coach refused to elaborate on Monday, saying, "I've moved on from that. ... I really don't want to revisit it."

Bielema expressed surprise that Kingsbury used comments from that setting as motivation.

"I don't know what part he was referencing to," Bielema said of his comments to the convention. "I do remember talking about how, when we play on defense, if we can play against someone who was completely opposite of us, we've got to feel that's an advantage.

"I didn't reference Texas Tech. I don't know if he or someone was in the crowd. Obviously, it struck a nerve. If we start digging into what people say at coaches' clinics and trying to use that as motivation, it's going to be a very, very weird world."

"It's a perfect storm," Bielema said. "I realize we haven't won in two weeks and it's an opportunity to jump on and have some fun with it. If that was an ass-kicking, I'd love to see what last year was. Obviously, it's all, 'What you've done for me lately.'"

Bielema described Saturday's postgame handshake between the two coaches as "quick," and said that he and Kingsbury "weren't talking before and we probably won't talk now."

"If I have to worry about what I said in July at a high school convention -- you're talking philosophy, you're talking about what you believe in -- it's classic," Bielema said. "I think it is just another great example of today's world with media and with all the people that comment about things, I doubt they very much read the [subtext] or content of this when any of this was said.

"... I don't know if he read all my notes or what, but it's like, 'C'mon brother, don't be so sensitive. We're talking about football here, not about you in particular or what you believe in.' It is what it is." 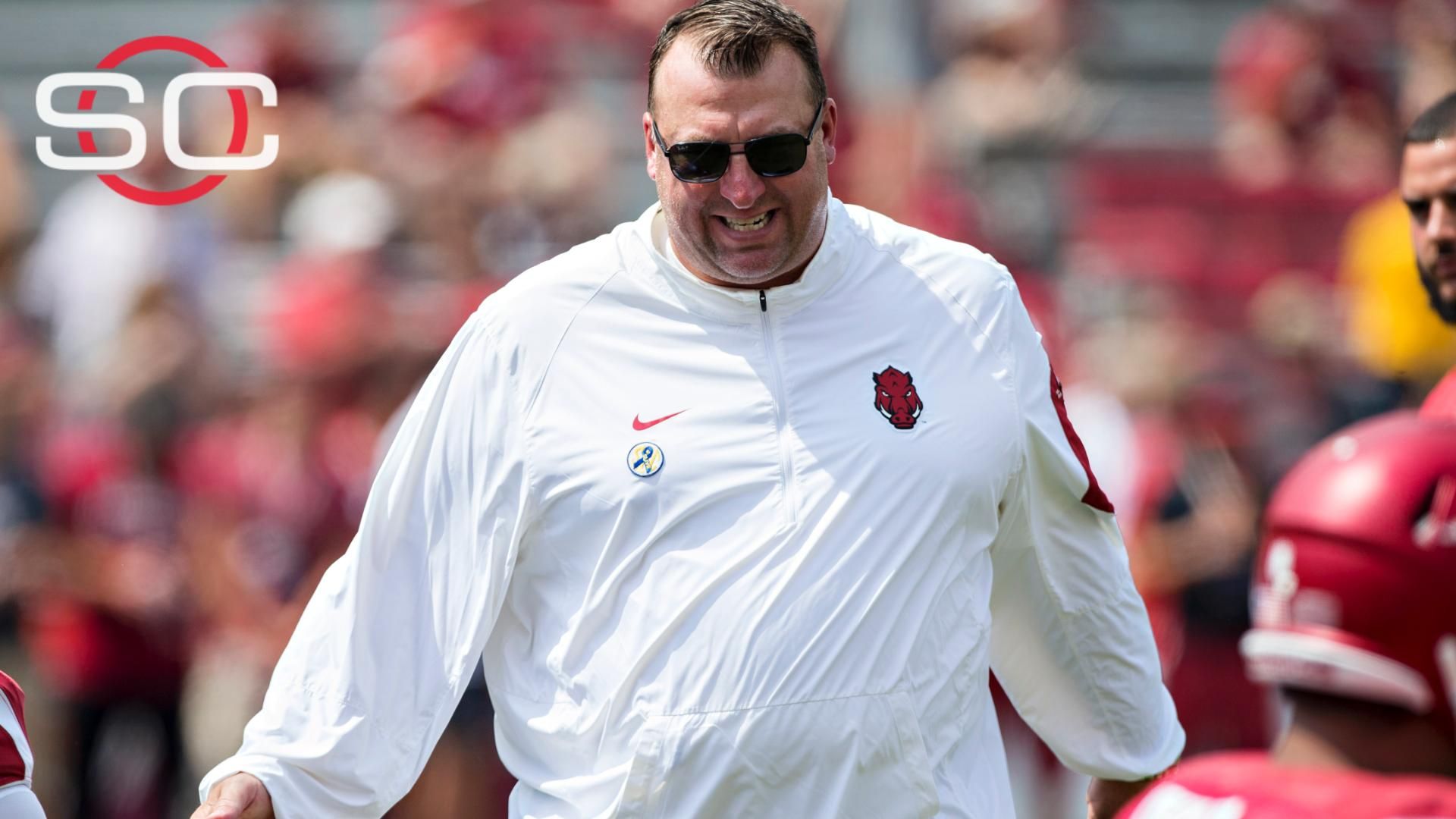 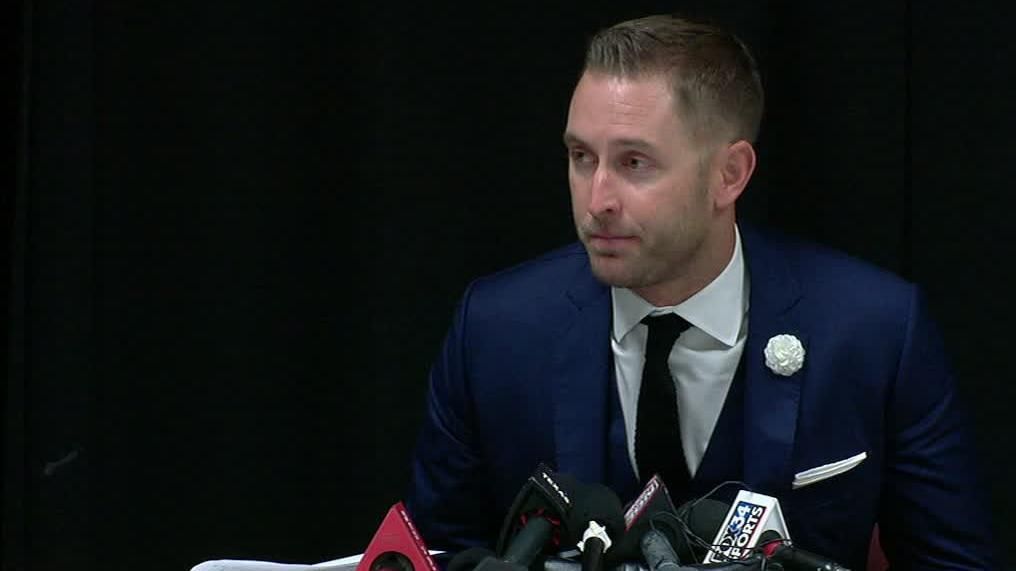