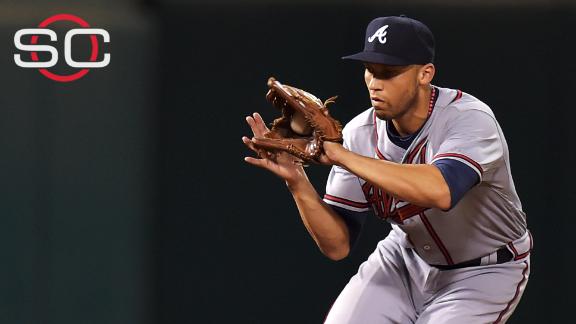 The Braves also get $2.5 million, and the Angels get minor league catcher Jose Briceno in a deal headlined by two quality major league shortstops trading places on teams with differing needs.

Simmons is arguably the best defensive shortstop in baseball, offsetting his mediocre offensive skills. He won the Gold Glove in 2013 and 2014, and was named the Wilson Defensive Player of the Year on Wednesday.

Simmons also is under contract through 2020, whereas Aybar could become a free agent next winter.

"We are extremely excited to acquire an impact shortstop and one that fits our championship standards," Angels general manager Billy Eppler said in a statement. "Andrelton provides us up-the-middle foundation at a premium position for years to come. To know we have a player with Andrelton's talents, drive and competitiveness at such a young age signed through 2020 is a vital step in adding to our core group."

Coming off a 97-loss season, the Braves got an offer they couldn't pass up, according to new general manager John Coppolella, who dealt away one of the team's most popular players in his first trade since his promotion.

"We need more talent," Coppolella said. "We think all three players in the trade will have an impact on our major league team for the 2016 season."

Over the past year, the Braves have undergone a massive rebuilding job, loading up on pitching prospects and trying to set their team for a return to playoff contention when they move into a new suburban stadium in 2017.

But Coppolella insisted this deal wasn't entirely geared to the future. Aybar should be an upgrade offensively over Simmons, no small consideration, given Atlanta's feeble offense. Also, the glut of young pitchers gives the Braves a chance to pursue future deals to upgrade the offense.

"You can make an argument that we'll win more games with Aybar," Coppolella said. "This wasn't a prospect trade. This was a value-for-value trade with two really good prospects in it."

Aybar had been the Angels' starting shortstop since 2008 and a key player in Anaheim for a decade, making the American League All-Star team in 2014 while batting .276 in 1,220 regular-season games since 2006. He has been dependable in the field and at the plate, although his offensive contributions slipped slightly last season to his lowest average (.270) and RBI total (44) in a half-decade.

"This is one of those transactions where each organization will benefit in both the short and long term," Eppler said.

With no clear heir to Aybar in the Angels' system beyond long-term Cuban prospect Roberto Baldoquin, Eppler gave up his two top pitching prospects to land a long-term replacement and another defensive star to play with Mike Trout and Gold Glove winner Kole Calhoun.

Simmons has a career .983 fielding percentage with outstanding range, leading all major leaguers since 2013 with 1,354 assists and leading all shortstops with 692 putouts.

On the other hand, Simmons batted .265 with four homers and 44 RBIs last season, showing little progress. He had 17 homers and 59 RBIs in 2013, his first full season in the major leagues.

Newcomb, the 15th overall pick in the 2014 draft, was considered the top prospect in the Angels' thin minor league system. A 6-foot-5 left-hander, he moved up to Double-A Arkansas last season and is expected to be in a big league rotation soon.

Ellis is a promising right-hander who also pitched at Arkansas last season.

"Obviously, there are areas in which he can improve," Coppolella said of Newcomb. "But we think he can pitch at the very top of a rotation."

The Braves had earlier been engaged with the Mets regarding a potential deal for Simmons, including as recently as Thursday morning at the GM meetings in Florida.

But Atlanta's asking price for Simmons -- one of the Mets' core-four young pitchers in Matt Harvey, Jacob deGrom, Noah Syndergaard or Steven Matz--was too steep.

Information from The Associated Press and ESPN's Adam Rubin was used in this report. 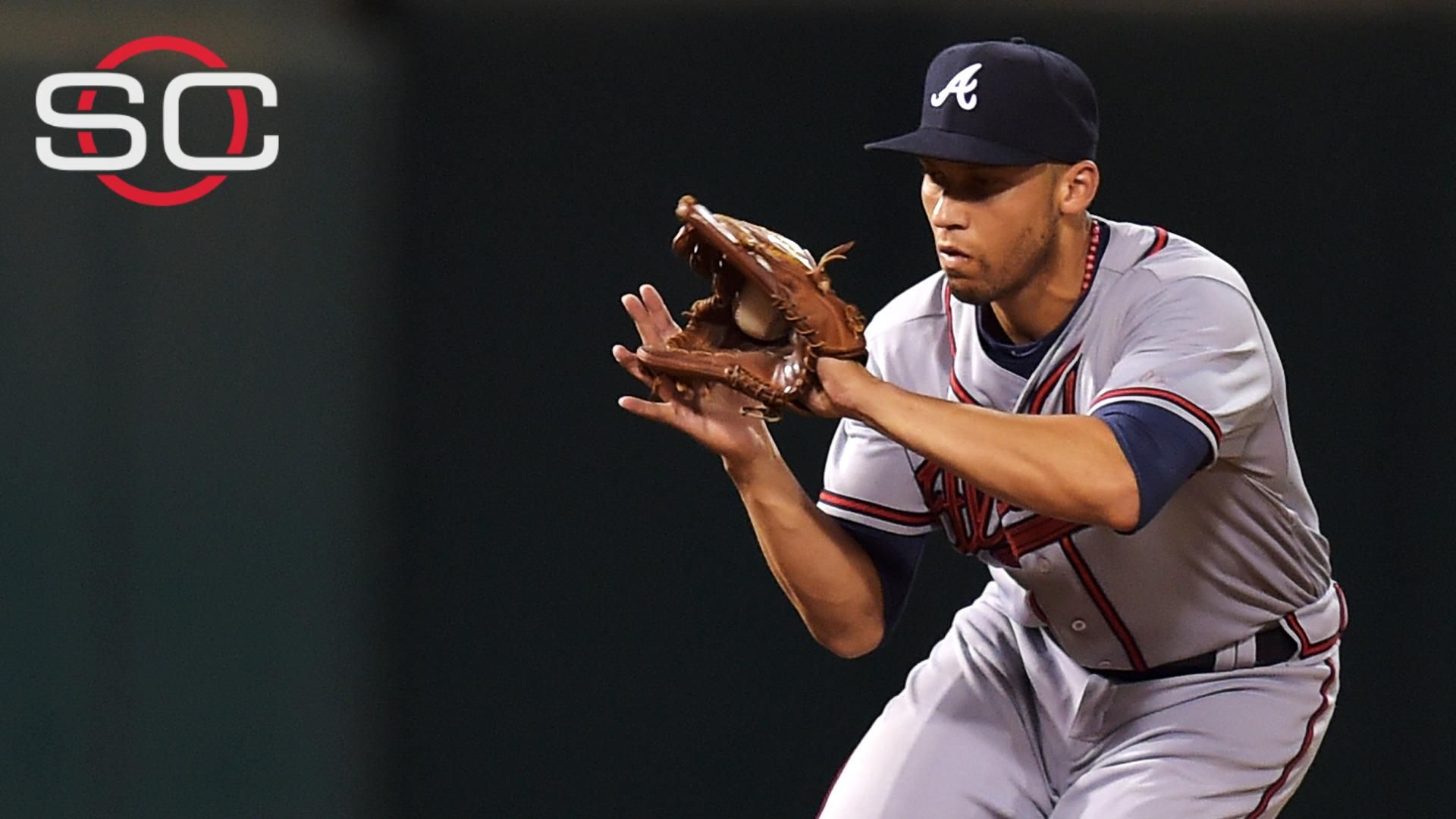