Astros' Springer carted off after collision with wall 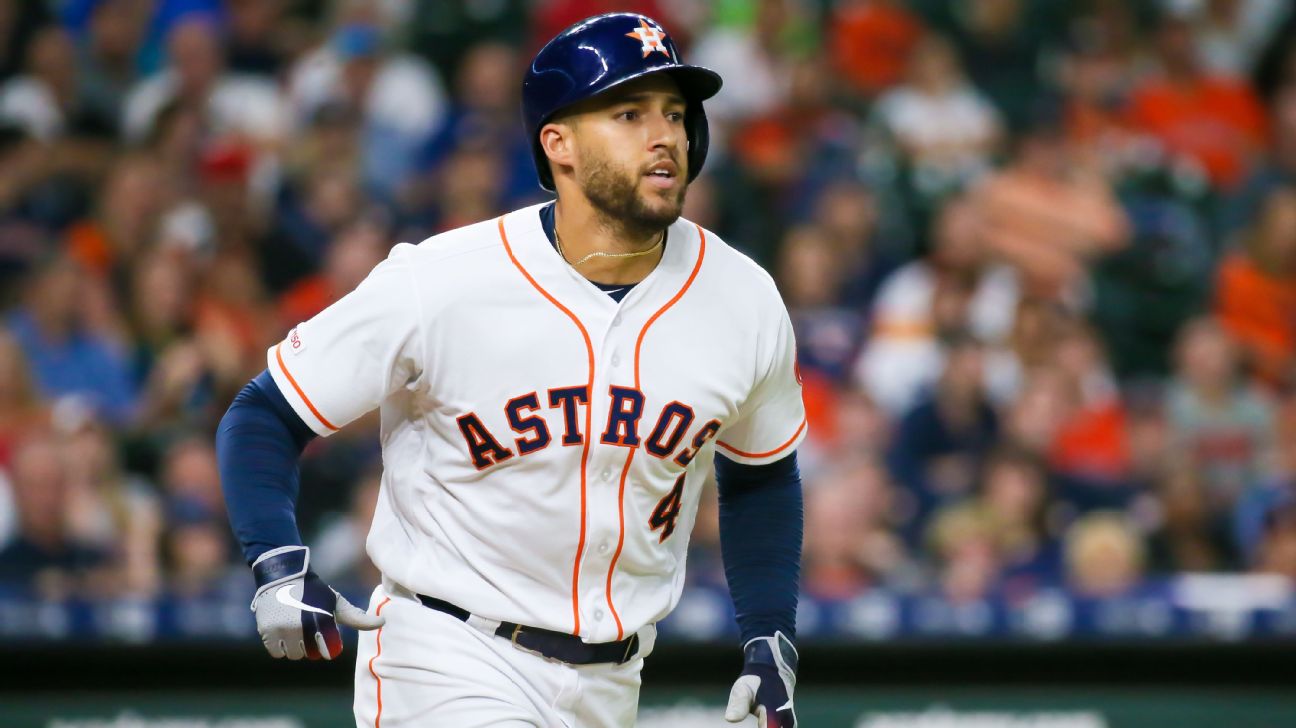 Springer made a leaping catch of a Ryan Braun shot to deep center to end the fifth inning, but his head crashed into the wall as he was landing. Teammates immediately rushed out to him, then called on athletic trainers, who tended to the star outfielder as he lay in pain on the ground.

After several minutes, Springer, 29, was able to stand up with the assistance of Houston manager A.J. Hinch and a trainer before leaving the game on a cart that made its way to center field.

"It was bad," starter Zack Greinke said of what he saw. "I was just hoping there's nothing serious because a lot of things can go wrong when that stuff happens. So it was not a good feeling, really."

Hinch said that Springer was being evaluated for a head injury and was listed as day-to-day. Springer was scheduled to travel back to Houston with the team. He sat at his locker draped in towels and was talking with his teammates postgame.

Kyle Tucker batted for Springer and replaced him in right. 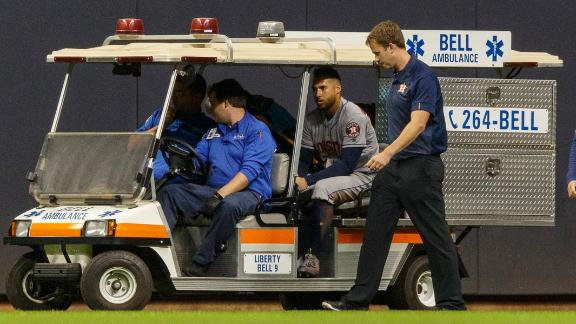 Springer carted off field after making amazing catch
George Springer leaps up and makes a great catch, but he hits his head against the wall and has to be carted off.
Report a correction or typo
Related topics:
sportsespnmlbgeorge springerhouston astros
Copyright © 2020 ESPN Internet Ventures. All rights reserved.
More Videos
From CNN Newsource affiliates
TOP STORIES