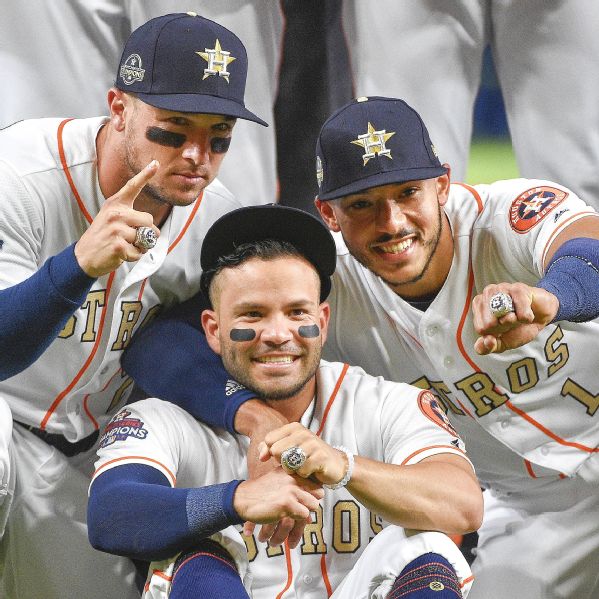 The Houston Astros unveiled their World Series rings in a presentation at Minute Maid Park on Tuesday night before their game with the Baltimore Orioles.

On the top, the colors of the team, orange and blue, are topped by an "H" made up of 11 diamonds -- one for each game the Astros had to win to claim the title.

The rings feature the Houston skyline on raised side panels, representative of Houston "being raised up after the storm," team president Reid Ryan said. "Our guys were playing for something bigger than themselves," Ryan said. "Earned history." That mantra is also on the rings, as is "Houston Strong."

Owner Jim Crane purchased 1,332 rings for members of the organization.

The first Astros player to be given the ring was second baseman Jose Altuve, who won the American League MVP award last fall.