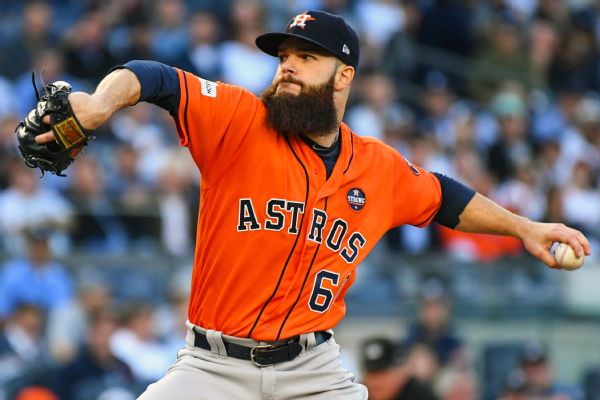 McCullers earned his first All-Star nod last season and was 7-4 with a 4.25 ERA in 22 regular-season starts, earning $548,000. He pitched four innings to get the save in Game 7 of the AL Championship Series against the Yankees and won Game 3 of the World Series against the Los Angeles Dodgers.

Springer hit .283 with 34 homers and 85 RBI -- all career highs. He batted .379 with three doubles, five homers and seven RBI in the World Series to win the MVP trophy.