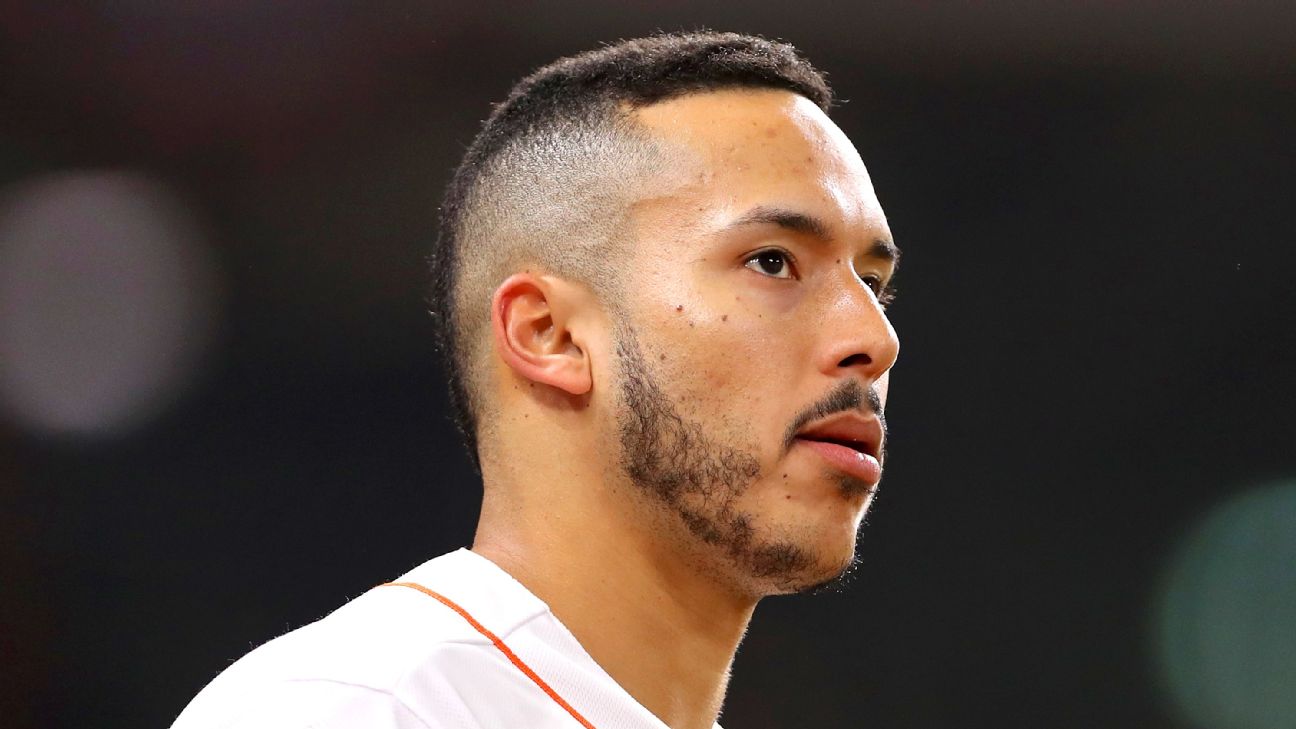 HOUSTON -- Carlos Correa is in pain.

Every swing-and-miss hurts, and on the bad days it can even be uncomfortable for the Houston Astros star shortstop to walk.

Correa often puts on a brave face but told The Associated Press how much this is affecting him as the Astros prepare to leave for Boston and the best-of-seven AL Championship Series that begins Saturday.

"You're a competitor, so every time you step on the field you play it off like everything is fine," he said Wednesday. "But obviously you're hurting."

Correa returned from a six-week stint on the disabled list on Aug. 10 and declared that he was better. But he has struggled to regain his top form. He hit just .180 in the second half of the season and managed a single hit -- a home run -- in the ALDS, looking nothing like the player who made the All-Star team last season and was the 2015 Rookie of the Year.

He said it bothers him most at the plate, and it's been impossible to get back to how he felt before the injury.

"Not only to find my swing, just to feel comfortable at the plate when I swing," he said. "Because I know every time I swing and miss it's going to hurt. So, I try not to swing and miss and then I try to baby my swing and I don't swing as hard as I usually do or as quick as I usually do. So, it's definitely been tough."

Correa said there's been a domino effect of pain in other areas, most notably in his obliques, as he tries to avoid doing things that make his back hurt.

He's receiving treatment "24/7," but the pain remains. He's using a foam roller at home and has been sporadically taking anti-inflammatories.

"It's just a pain down in my lower back that doesn't let me move right," he said. "When I bend over, when I rotate. Sometimes when I wake up and I walk in the morning, I know it's not going to be a good day."

He has accepted that the aching likely will be with him until he gets an extended rest. He's trying not to let it weigh on him, but in private moments at home with his fiancee Daniella Rodriguez, he laments that he simply hasn't been himself this season.

"When I go to sleep at night, I think about especially this year [how] I'm not performing the way I know I can perform, it's just been tough," he said. "Sometimes I talk to Daniella and I'm like: 'There's nothing I can do about it. I'm hurting.' But I'm a competitor, so you grind, you try to perform. But it's definitely ... been frustrating at times."

Despite his woes, Correa started all three games of the ALDS and continues to play stellar defense, something he takes pride in as he struggles at the plate. And though he was just 1-for-10 against the Indians, his one hit was a big one -- a three-run homer in the clinching game -- providing hope that maybe things are getting better.

"I feel like I had really good at-bats in the series vs. Cleveland, just not getting lucky with the balls I hit hard," he said. "But that one fell, and it gives me a lot of confidence going into this series."

Manager AJ Hinch was asked if he's concerned about Correa.

"Not now," he said. "We [have] four days off. We get to press the reset button. You don't just get to press pause either way. We had some guys get six and seven hits in that series, but you have to start over again, new opponent. So, no, it doesn't concern me."

Correa is focused on keeping a positive attitude as he fights through this and is determined to do all he can to help the Astros repeat as champions.

"It's been a tough year. But it's not the end of the world," he said. "I keep grinding every single day. I keep trying to find ways to help my team. I thought my defense this year was excellent, and I'm looking forward to winning another championship and getting some rest."