Astros 2B Altuve to be activated Wednesday 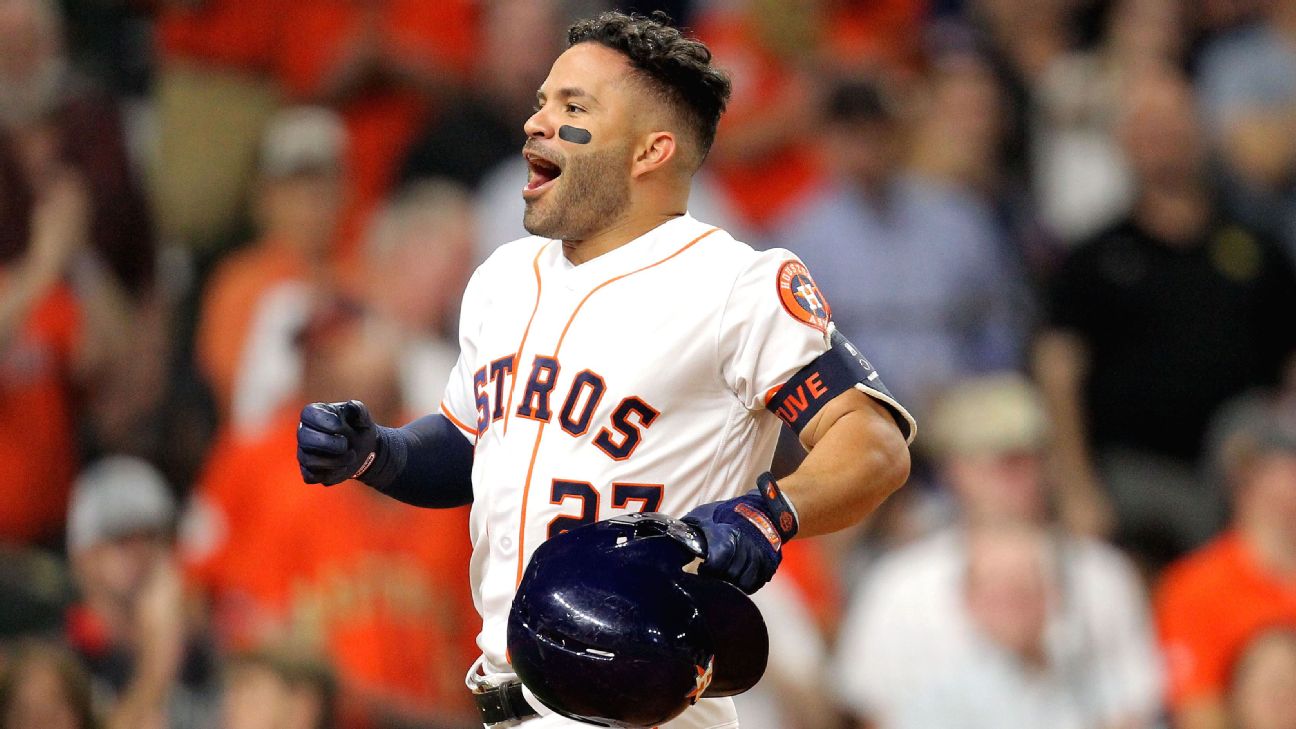 ESPN
Houston Astros second baseman Jose Altuve will be activated Wednesday and is "ready to go" in his return from a strained left hamstring, manager A.J. Hinch said Tuesday.

"I feel pretty good," Altuve told reporters in the Astros' locker room. "My confidence is up. I'm just ready to come here and play again and help the team."

Altuve has not played for the Astros since May 10 because of his hamstring injury. He has played five games at Triple-A Round Rock in a rehab assignment.

"It's been forever," Altuve said. "But at the same time it's helped me a lot that the guys have been playing so good and winning a lot of games. Makes me feel better about not playing."

Hinch said he had not decided whether he would bat Altuve leadoff and drop Alex Bregman back to the No. 2 or 3 spot. He said he might use Altuve to split up Michael Brantley and Yordan Alvarez.

Hinch also said that outfielder George Springer, who has been on the injured list since May 25 with a left hamstring strain, will begin a rehab assignment Thursday with Houston's Double-A affiliate in Corpus Christi. Hinch said he is hopeful that Springer could return to the team next week.

Reliever Collin McHugh, who has been out since May 14 with an elbow injury, had a rehab appearance Monday and is set for another one later this week, Hinch said.

"Slowly but surely we're gonna get back to full strength," Hinch told SiriusXM. "Our young guys and our new guys have done a good job of holding the fort down, but we all know that when you can get some All-Stars back and you can get your normal team back, that improves the bench, which improves our Triple-A depth."

Altuve is hitting .243 with nine home runs and 21 RBIs this season. Springer had been the American League leader with 17 home runs prior to his injury, and McHugh was 3-4 with a 6.04 ERA in 10 games (eight starts).
Report a correction or typo
Related topics:
sportsespnmlbjose altuvegeorge springerhouston astros
Copyright © 2020 ESPN Internet Ventures. All rights reserved.
More Videos
From CNN Newsource affiliates
TOP STORIES