Hashtag #TexansSuck is picking up steam on social media 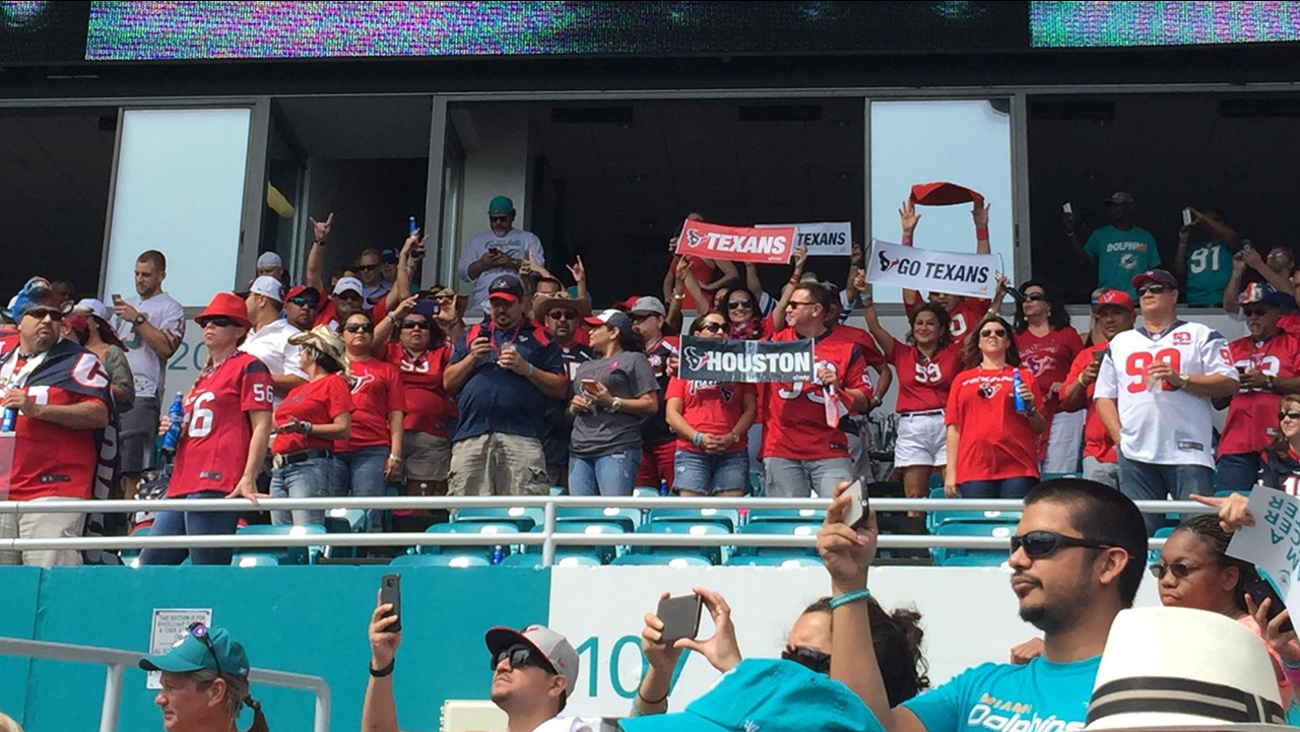 HOUSTON (KTRK) -- If you felt like throwing in the towel after the latest Texans game, you're not alone.

Some businesses around town are looking ahead to basketball. The marquis at the Velvet Melvin Pub on Richmond Avenue reads, " There is always basketball. Go Rockets."

And #Texanssuck is picking up speed on social media. One Twitter user wrote, "Maybe all the Texans will miss the flight back to Houston #texanssuck."

"I think there's a lot of people that are just gonna say, you know what, until some changes are made, I'm not going (to games)," Ybarra said.

However, he's not one of those people. He's not giving up on his embattled team.

"I know of some guys who are gonna actually stop going to Texans games because they say they'd rather sit here in the comfort of their own home and watch it," Ybarra said, "And once it gets too bad, just turn that power button off and stop watching I guess."

As tempting as that may sound, Ybarra isn't settling for that. He and his Texans tailgating group just returned from Miami, where they endured more than their share of hard knocks.

When he sees less committed fans punting their tickets mid-season, he cheers even harder for his team.

"When the tide turns, everybody's gonna be wanting back on that bus, and guess what, those die-hards are gonna be there," Ybarra said, "And they're gonna have first dibs on all those sold season tickets."

According to the ticket broker Ticket City, tickets for next week's Texans game against the Titans are going for about $120 dollars.