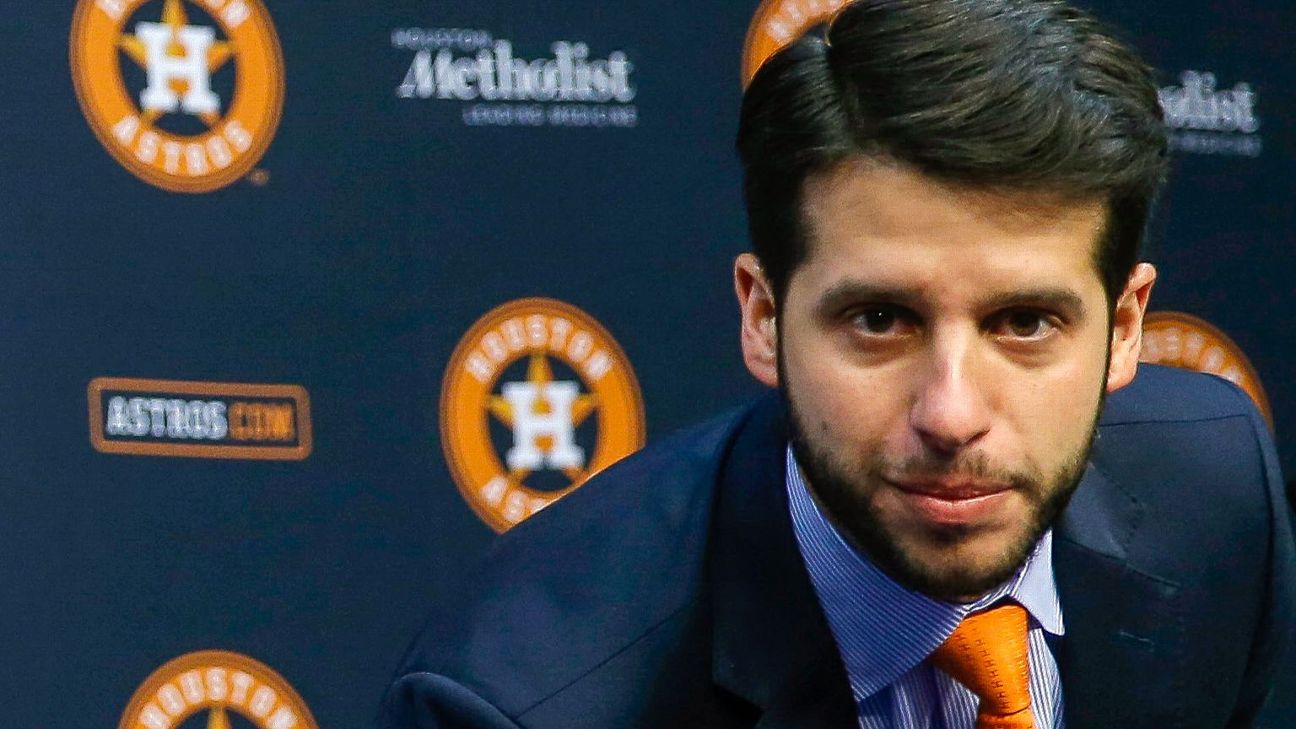 The Houston Astrosfired assistant general manager Brandon Taubman on Thursday, admitting in a statement that his "inappropriate comments" about the acquisition of closerRoberto Osunawere directed at a group of female reporters.

A report published earlier this week by Sports Illustrated's Stephanie Apstein said that during the celebration in the Astros clubhouse after clinching the American League Championship Series on Saturday, Taubman turned to a group of female reporters -- including one wearing a purple domestic violence awareness bracelet -- and repeatedly yelled, "Thank God we got Osuna! I'm so f---ing glad we got Osuna!"

Last season, Osuna served a 75-game suspension for violating Major League Baseball's domestic violence policy, stemming from an incident that happened while he was a member of the Toronto Blue Jays.

"Our initial investigation led us to believe that Brandon Taubman's inappropriate comments were not directed toward any reporter," the Astros said in Thursday's statement. "We were wrong. We sincerely apologize to Stephanie Apstein, Sports Illustrated and to all individuals who witnessed this incident or were offended by the inappropriate conduct. The Astros in no way intended to minimize the issues related to domestic violence.

"Our initial belief was based on witness statements about the incident. Subsequent interviews have revealed that Taubman's inappropriate comments were, in fact, directed toward one or more reporters. Accordingly we have terminated Brandon Taubman's employment with the Houston Astros. His conduct does not reflect the values of our organization and we believe this is the most appropriate course of action.

"We are thankful to Major League Baseball and to everyone that cooperated in the investigation. As previously stated, the Astros are very committed to using our voice to create awareness and support on the issue of domestic violence. We fully support MLB and baseball's stance and values regarding domestic violence. We will continue to make this cause a priority for our organization."

The Astros initially called the report "misleading and completely irresponsible" and accused SI of trying to "fabricate a story where one does not exist." Taubman later apologized for his language but said his comments were misinterpreted. Astros manager AJ Hinch told reporters Tuesday that the incident was "unfortunate" and "uncalled for."

Talking to reporters in Washington Thursday, on an off day for the World Series that Houston trails 2-0, Astros general manager Jeff Luhnow said, "That original reaction by the Astros was wrong, and we own it as an organization. There were many people involved in reviewing that and approving that, and I'm not gonna get into the details of that. It was wrong; it was the Astros' decision. And that's where I'm gonna leave that."

Pressed by reporters on who wrote the statement, Luhnow said, "It was an organizational statement; there was nobody's name on it; there were a lot of people involved in reviewing it, looking at it, approving it; and it was on behalf of the Astros. But regardless of who wrote it and who approved it, it was wrong; it was incorrect; it should never have been sent out. We've learned a lesson about it."

Luhnow spoke with the media for around 20 minutes in a session that was at time contentious. At one point, Luhnow was asked if he had reached out directly to any of the reporters involved in the incident and whether he felt like the events might set back the acceptance female sports journalists have earned over the years.

"I can't answer that second question. There's a lot of really talented female journalists in baseball and other sports and journalism in general, and I hope that continues. There's no reason to think that this is a setback, I hope.

"I have not (reached out). I've been traveling up here. I had to have a pretty tough conversation this morning with someone that's worked with me for a long time. But I will, as soon as I can."

Luhnow was also asked if there might be further disciplinary actions taken related to the events.

"The person that was responsible for making those inappropriate comments has been terminated from employment with the Astros," Luhnow said. "And that's the action that we've taken at this point. I don't know what's gonna happen in the future."

According to the team's statement, Houston assisted in interviewing Astros employees as part of MLB's investigation into the incident. On Wednesday, MLB commissioner Rob Manfred said he was "really concerned" about the allegations.

Luhnow told reporters that the Astros' initial response was, in retrospect, premature, as the club did not have a chance to conduct a formal investigation into the allegations outlined in the report.

"I think when a story comes out that's negative, you have two choices: You either respond immediately if you think it's potentially not true, or you wait and figure out what the facts are and then respond.

"And we made the wrong decision. We responded quickly, thinking that it was not true. And it turned out that was an incorrect way to go about it." 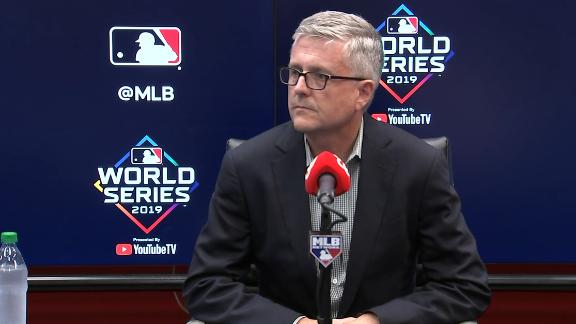 Astros GM: Taubman's 'comments were inappropriate'
Astros GM Jeff Luhnow says that Brandon Taubman's comments are "not representative of who the Astros are, and our culture and what we stand for" and explains the organization's first statement. 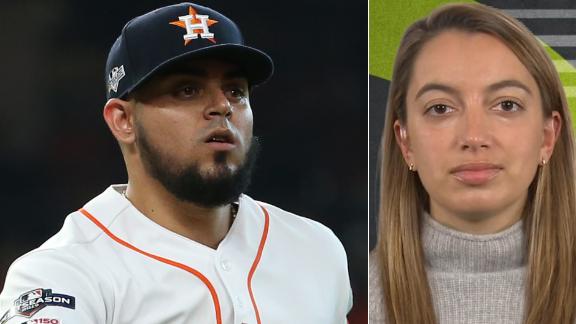 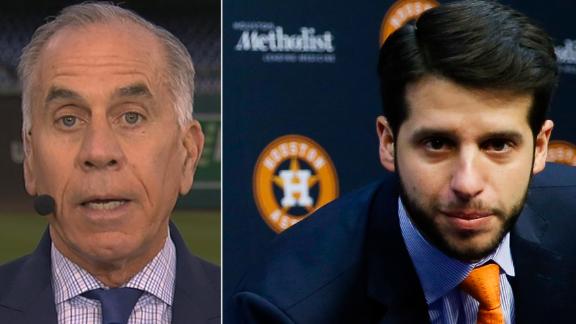 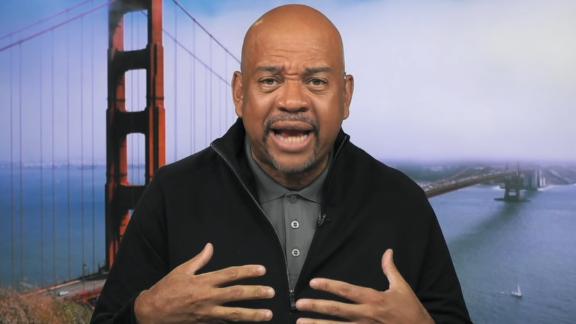