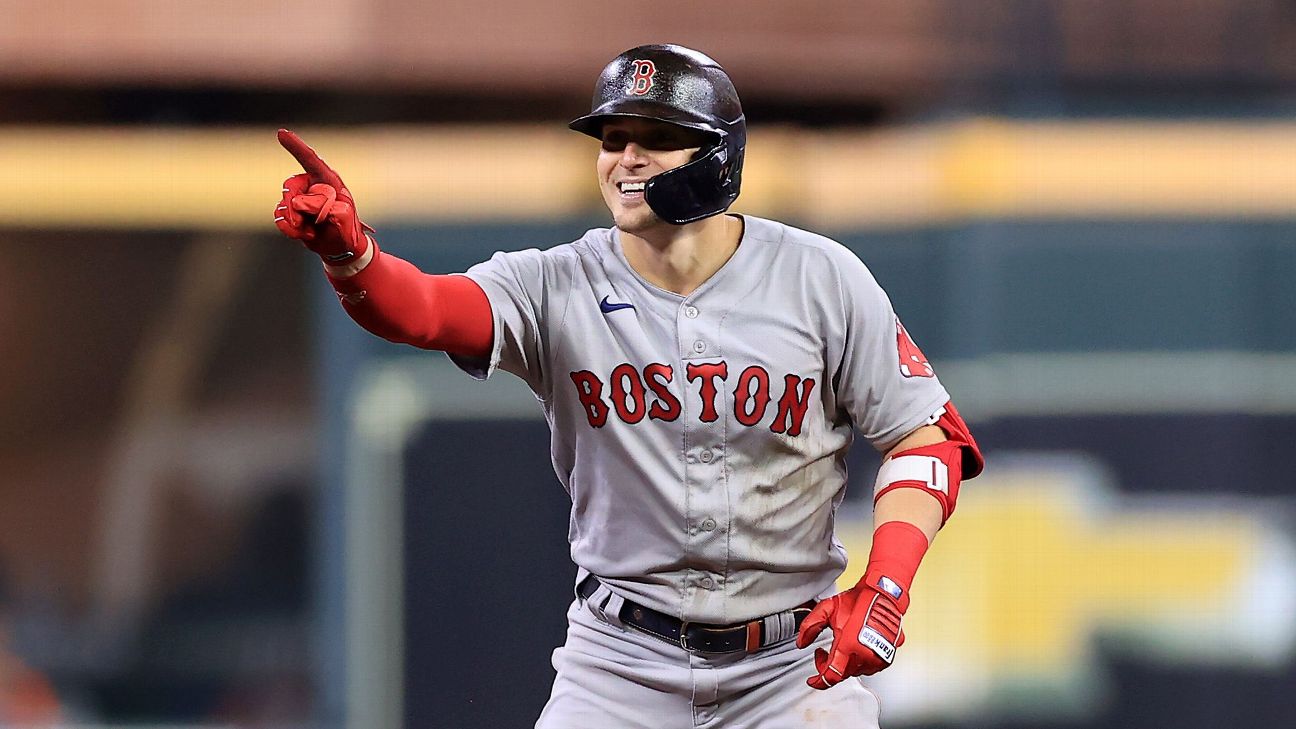 "Oh Lord," Baker said as the ball traveled over the left-center field wall, chuckling under his breath.


Before the home run, Baker told the broadcast that starting pitcher Framber Valdez was struggling. Hernández then unloaded on a pitch from the Astros' hurler.

"He hung a breaking ball," Baker said. "Usually he doesn't hang them. He was having trouble finding his release point because he was bouncing some of them, and then he hung that one. Got to flush that one too and start all over again."

After the game, Baker talked about what it was like to be live on television during Hernández's first home run of the evening.


"It was terrible," Baker said. "I blame Fox for that because invariably, when you are doing it live, an in-game live interview, something usually always happens."

Hernández finished the evening with two homers, a double, a single, and he saved two runs with a diving catch in center field, although his performance could not bring Boston over the top in a 5-4 defeat at the hands of the Astros in Game 1.


Baker couldn't help but praise the Red Sox center fielder after the game.

"I haven't seen a hitter this hot in the last week than Kiké Hernández," Baker said. "Boy, when I saw that ball go up, I was like, oh man, that was a blast. Then he blasted another one. It's not a good feeling when you know you're live on-air and you see that ball leaving the ballpark."

So far this postseason, Hernández is 14-for-28 in six games with four doubles, four home runs, eight RBIs and seven runs scored. He currently ranks first in MLB postseason stats in hits, home runs, RBIs and extra-base hits. Friday also marked his third career playoff game with 10 total bases, the most in baseball history. He also became the first leadoff hitter in MLB postseason history with two homers and four hits in a game, according to ESPN Stats & Info.

Hernández said his postseason experience with the Los Angeles Dodgers helped prepare him to perform in big moments.

"There's nothing that compares to playing in the playoffs until you play in the playoffs," Hernández said. "And the fact that I was able to be in the postseason six years when I was with the Dodgers, it was huge. We played some very important games, and with time you kind of get a little numb towards the moments." 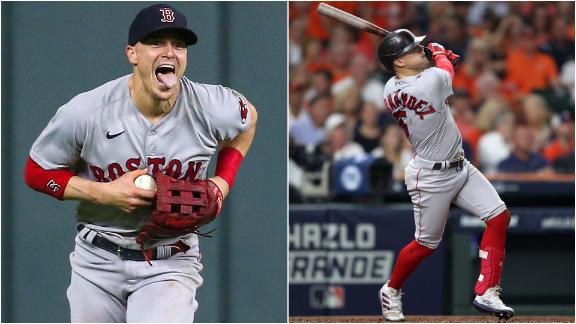