Spider lived inside man's body for three days, burrowing into his skin 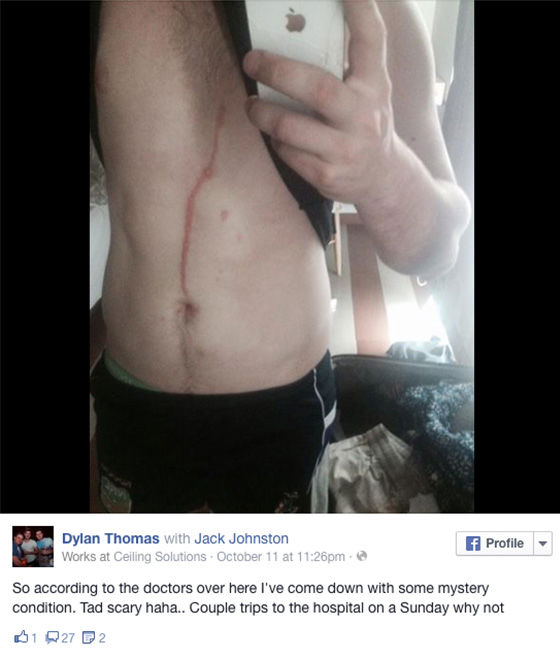 Thomas posted on Facebook on October 11 with a thick red scar running down his abdominal area. Doctors told Thomas it was nothing more than an insect bite and gave him some cream, according to NT News.

That following Monday though, the scar began to blister. Thomas visited a dermatologist who knew something strange was going on with the scar. Surgery was then performed on Thomas, and doctors were able to remove a tiny tropical spider from his body. 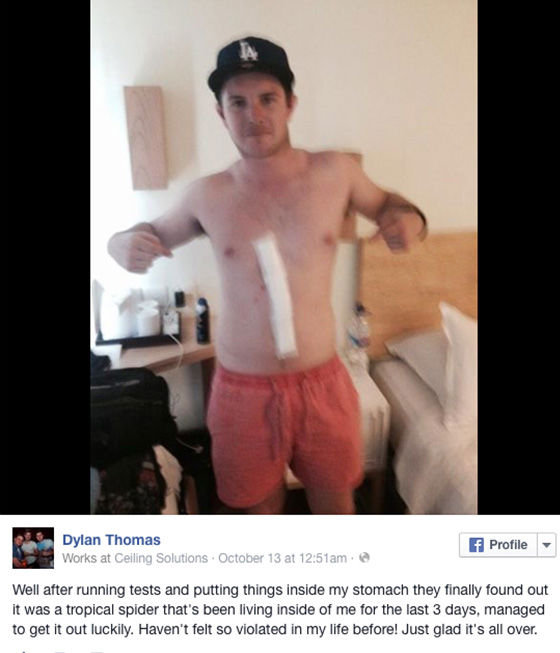 The spider was dead when removed and has been since sent off for tests. He'll learn what type of species the spider was in the next few days. 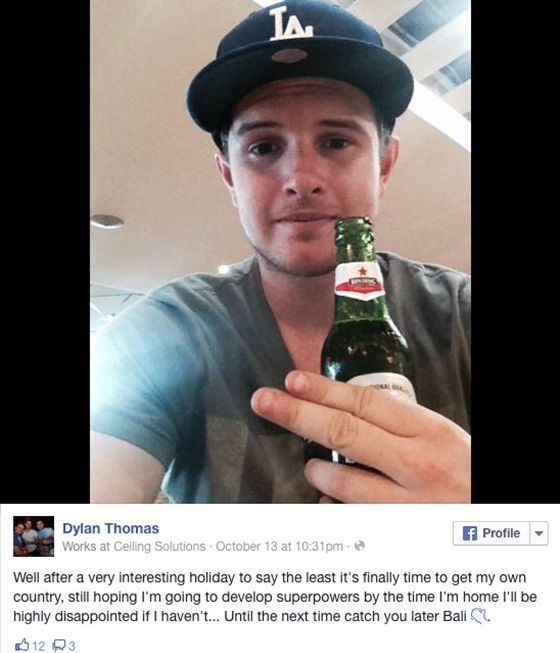 Thomas though is taking his unfortunate spider incident in stride: According to the Bunbury Mail, Thomas is trying to raise money for a Spider-Man tattoo to commemorate the experience.

Update:There have been accusations that Thomas' spider-story may just be a big webbed hoax. Some have claimed that the insect allegedly pulled from his body might have been a mite, not a spider. But we will continue to update as spidey updates swing our way.
Related topics:
travelhealthsurgeryspiderman
Copyright © 2021 KTRK-TV. All Rights Reserved.
HEALTH
SPONSORED: EON is on the cutting edge of smarter body contouring!
SPONSORED: Learn about the All Me Augmentation Process
SPONSORED: Innovative Lasers wants to help you with your health goals
SPONSORED: Innovative Lasers works to help you meet your fitness goals!
TOP STORIES
Matthew McConaughey says he won't run for Texas governor
6 dead, including 2 teens, in span of 10 hours on Houston roads
Shots fired while families eat at Galleria-area restaurant
19-year-old shot trying to sell PlayStation 5 in NW Harris Co.
11-year-old girl fatally shot by father in E. Texas hunting trip
'Everything is lost': Family in need after SW Houston townhome fire
Judge sets $1M bond for man charged with neighbor's murder
Show More
Man fatally shot in head outside SW Houston apartment complex
Man stabbed to death during fight outside north Houston restaurant
Innocent driver and passenger killed in crash with DWI suspect
Trial set to start on charges Jussie Smollett faked racist attack
Fashion designer Virgil Abloh dies at 41
More TOP STORIES News