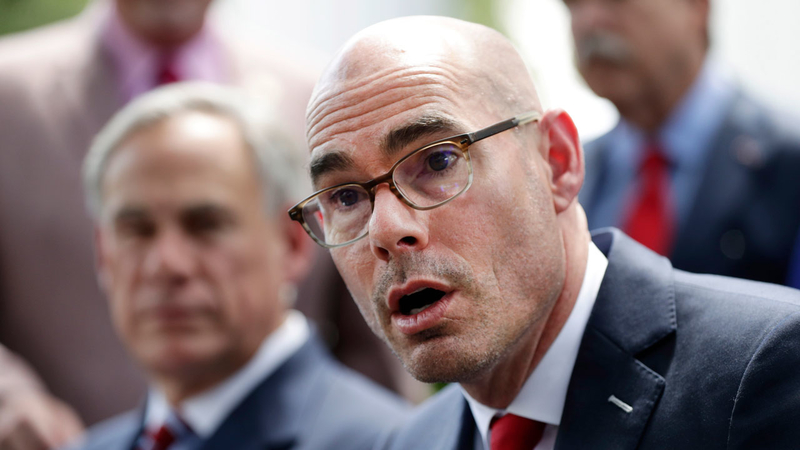 ANGLETON, Texas (KTRK) -- Texas House Speaker Dennis Bonnen announced he will not seek re-election for the 2021 legislative session on Tuesday.

His departure from state politics comes after a months-long drama playing out in Austin between himself and political watchdog group Empower Texans.

Last week, Michael Quinn Sullivan, Empower Texans' CEO, released a secret recording of a meeting he took with Bonnen back in June.

In a statement released to the media, Bonnen said:
"Since Friday, I have had numerous conversations with Members who care deeply about the Texas House, and I respect the manner in which they have handled this entire situation. After much prayer, consultation, and thoughtful consideration with my family, it is clear that I can no longer seek re-election as State Representative of District 25, and subsequently, as Speaker of the House. I care deeply about this body and the work we have accomplished over the years, namely, the outstanding success we achieved in the 86th Legislature. My below colleagues have made clear that it is in the best interest of both myself and the House to move on, and I thank them for the respectful and thoughtful way in which they have convinced me to do so."

"This is a really unfortunate end to what was a very spectacular career, one where he actually reached the pinnacle of the Texas House as speaker," said Rice University Political Science professor Mark Jones.

Speaker Bonner, who was first elected to the House in 1997, represents District 25, encompassing a chunk of the Gulf Coast from Angleton down to Palacios.

"In this tape, Dennis Bonnen not only said some very hurtful and negative things about many of his colleagues in the House, but effectively engaged in activities that many consider to be unscrupulous and unethical," Jones said.

The tape, which spans 64 minutes, was recorded by Sullivan.

Bonnen is heard going after some in his own party that he believes are too moderate, asking Sullivan to target them during the primaries.

In exchange for the political coverage, Bonnen is heard offering Sullivan's group media credentials to cover the 2021 legislative session in Austin.

Sullivan says the credentials were a sensitive topic because they were denied during the 2019 session.

Despite the negative publicity, constituents in Angleton tell Eyewitness News they still support their local representative.

"He's always been a man of character, I've never had a problem," resident Glen Pelt said. "Dennis has been a friend for a long time, he's had a great career, I mean outstanding career, and unfortunately things happen."

ABC13 stopped by the speaker's district office in Angleton, but he was not in. A call to his media rep in Austin was not returned.