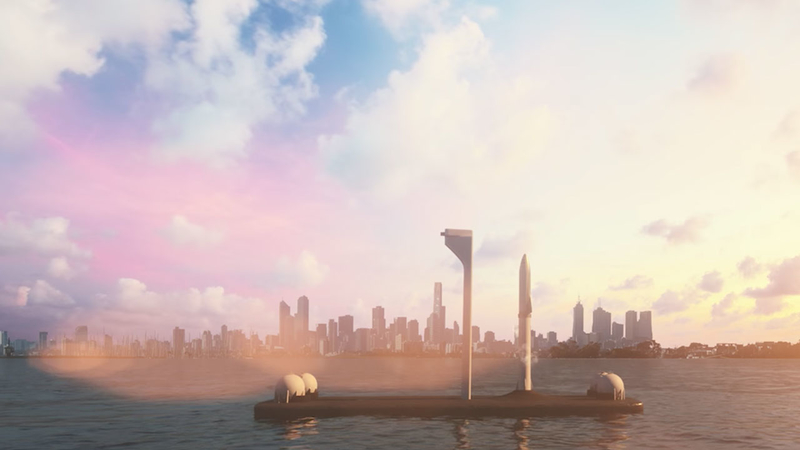 SpaceX proposes rocket travel to get around Earth

CAPE CANAVERAL, Florida -- SpaceX said it has signed the first private moon traveler, with some changes to its original game plan.

On Monday, the company revealed Japanese billionaire Yusaku Maezawa will become its first private passenger to the moon in an announcement at its Hawthorne, California headquarters.

SpaceX founder Elon Musk also announced its not going to be the same mission outlined last year. The original plan called for two paying passengers to fly around the moon this year, using a Falcon Heavy rocket and a Dragon crew capsule.

The new strategy is to still fly around the moon, but using an even bigger SpaceX rocket still in development that has its own dedicated passenger ship. And now, it appears there will be only one person aboard.

Given that this new BFR rocket, as it's dubbed, has yet to be built, the flight presumably is at least a few years off.

Musk's ultimate goal is to colonize Mars. This lunar mission - a flyby, not a landing - represents "an important step toward enabling access for everyday people who dream of traveling to space," SpaceX said in a tweet.

On its website, SpaceX is touting the "first passenger on lunar BFR mission," implying there will be more.

This could be humanity's first lunar visit since 1972, depending on how NASA's latest moon plans shape up. Twenty-four NASA astronauts flew to the moon from 1968 through 1972, and only 12 of them strolled its dusty surface. Next July will mark the 50th anniversary of the first manned moon landing by Apollo 11s Neil Armstrong and Buzz Aldrin.

NASA is shooting for its own flyby of the moon, with a crew, around 2023. The space agency aims to build a gateway in the vicinity of the moon, complete with staff, during the 2020s. It's envisioned as a base for exploration of the moon, Mars and beyond.
Report a correction or typo
Related topics:
technologyfloridaspacexu.s. & worldtourism
Copyright © 2022 by The Associated Press. All Rights Reserved.
TOP STORIES
Timeline breaks down Uvalde school massacre
San Antonio artist creates memorial for Uvalde victims
Former Uvalde school teacher grieves for her mentor, students killed
NRA day 1: Trump calls for school security overhaul in Houston speech
Beto O'Rourke, Parkland survivor challenges NRA in Houston protest
Houstonians travel to Uvalde to show support
Uvalde school police chief faulted in shooting response
Show More
Official admits police made 'wrong decision' in TX shooting
Here's your holiday weekend forecast
Delta Airlines to cut daily flights in July to decrease load
Houston man found guilty of transporting minor in plastic bin
Man sentenced life in prison for killing Spring couple in their home
More TOP STORIES News