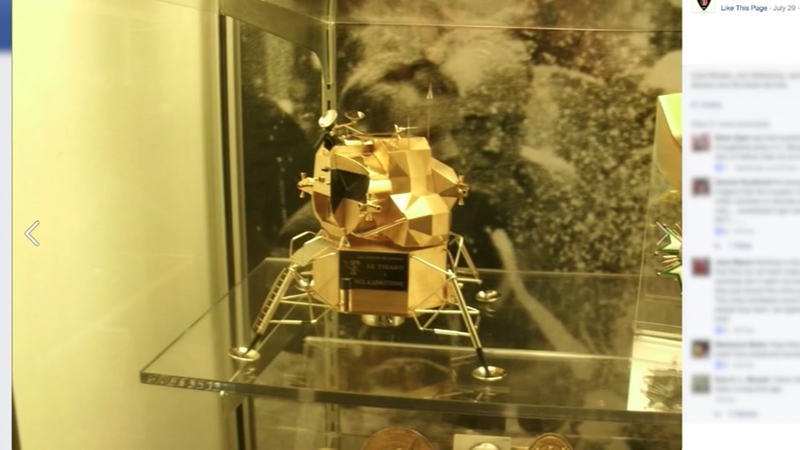 WAPAKONETA, Ohio -- Ohio police say a rare gold replica of the lunar space module has been stolen from the Armstrong Air and Space Museum.

Police in Wapakoneta responded to a museum alarm late Friday night and discovered the 5-inch high, solid-gold replica had been stolen.

Replicas of the lunar excursion module produced by Cartier were presented to Neil Armstrong and his two fellow astronauts, Buzz Aldrin and Michael Collins, in Paris shortly after their historic space mission. Armstrong, a Wapakoneta native, became the first person to step onto the moon's surface in 1969.

Police say the value of the replica cannot be determined.

The FBI and the Ohio Bureau of Criminal Investigation are assisting Wapakoneta police in investigating the theft.