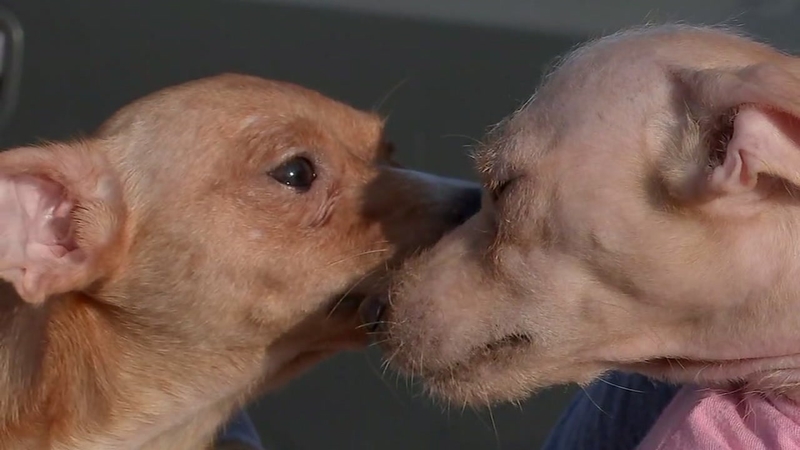 Nearly 100 Chihuahuas rescued after being dumped throughout Houston area

HOUSTON, Texas (KTRK) -- For three weeks, Houston animal rescuers have been responding to large groups of dogs that they believe were dumped. Today, the count stands at more than 120.

The dogs caught by rescuers are similar. They're small and are either Chihuahuas or Chihuahua mixes.

They were discovered in different parts of southwest Houston. Another group was found in Jersey Village and one more near Sugar Land.

The size of the groups believed to have been dumped range from 14 dogs to nearly 40.

Independent rescuer Molly Kohn says all the dogs that have been rescued lived inside. She said they also show signs of being kept in dirty cages because of damage to their paws.

Kohn saved several dogs from a field on Willowbend. She also found the bodies of the dogs that didn't make it.

Xio Rodriguez, Founder of Homeless Angels Rescue Team, is caring for three rescued pups that were recovered from one of the sites.

"I've never seen anything like this in all my years of rescuing animals. I believe it's some kind of black market breeding operation, that's trying to get rid of the animals," Rodriguez said.

Groups are also trying to come up with a reward fund for information on who is abandoning these dogs.