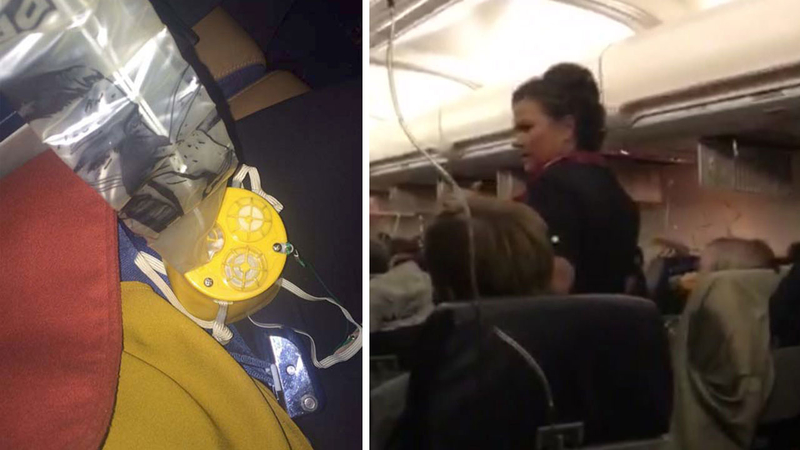 HOUSTON (KTRK) -- A Houston-bound flight forced to make an emergency landing in Mississippi overnight finally arrived here around 2am.

It was a long night for travelers on Southwest Airlines Flight 214 after a problem on board caused the cabin's oxygen masks to drop in the middle of their journey.

Officials were unable to confirm what caused the problem, but the crew and passengers were forced to land in Jackson after departing from Atlanta, Georgia.

"The Pilot in command of Southwest Airlines Flight #214 from Atlanta to Houston diverted to Jackson, MS to check out a potential pressurization issue," wrote a Southwest official. "The plane landed in Jackson safely and is being taken out of service for inspection. We are working with our Customers to get them to Houston on a different aircraft.

Everybody is outside the airplane safe, waiting for more details after the emergency landing. @SouthwestAir @diegoap #flight214 From ATL pic.twitter.com/VsGv3x4H4r

Dramatic video posted to social media shows the concerns mounting after the oxygen masks were deployed.

Flight attendants checked on the well being of the souls on board, but fortunately, everyone appears to be alright.

Dr. Myles Shelton, the president of Galveston College, said there was a rapid decompression and a quick descent.

"Felt like a big bump," Leenhouts said. "Next thing you can feel the pressure building and all the oxygen masks fell, and we got instructions to put them on. The plane tipped a little bit."

Leenhouts said he has been flying for a long time, but has never seen an oxygen mask drop like it did on this flight.

"It was kinda scary, to be honest with you," Leenhouts said.

Another passenger, Michele Betancourt, said she knew something was wrong when her ears started popping.