Why CBD is like the wild west: Montgomery County DA 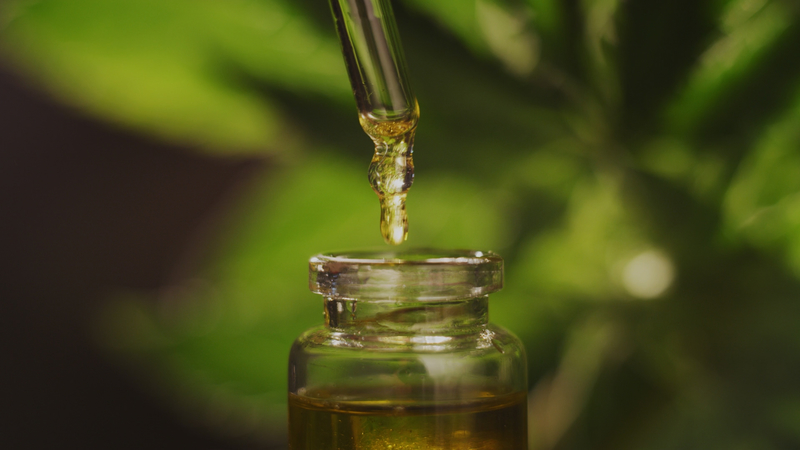 MONTGOMERY COUNTY, Texas -- Recent laws passed this year by the state legislature helped the cannabidiol, or CBD, market to quickly expand in the Conroe and Montgomery areas, with at least seven CBD stores opening in the last seven months. However, Montgomery County officials said they plan to continue prosecuting marijuana-related cases, which could affect some CBD consumers.

Local business owner Tammy Didier said she sells CBD products at her store Arolistic Naturals, which opened in Conroe on May 10.

"We want to educate the community on CBD, the benefits of it and the effects of it," Didier said. "And you know, it's not a cure-all, and we're not here to say it's a cure-all."

Even though stores such as Didier's are educating the public on possible benefits of CBD, there is confusion over what CBD actually is and what is legal in Montgomery County.

Marijuana and hemp are two different plants under the same cannabis family, Didier said. The CBD customers buy from her shop is from the hemp plant, which is high in CBD and low in tetrahydrocannabinol, the psychoactive element in marijuana known as THC.

Dr. Michel Watkins, a pediatric neurologist at UT Health and Memorial Hermann-Texas Medical Center, said both CBD and THC interact with cannabinoid receptors that are located throughout the body via the endocannabinoid system - a physiological, regulatory system inside the body that is said to promote stability. But the science behind this system is still poorly understood, he said.

Didier said customers buy CBD to deal with several issues such as sleep problems, anxiety and general pain. However, the U.S. Food and Drug Administration has yet to set up regulations on the standards and practices surrounding CBD.

Didier said CBD products are either broad spectrum - meaning the CBD has been processed to remove the THC - or full spectrum - meaning they contain all the cannabinoids within the hemp plant, including trace amounts of THC. Although the trace amounts of THC are not enough for a consumer to experience psychoactive effects, if someone uses the product every day, the THC could be stored in his or her fat cells and cause a positive drug test result, she said.

Katharine Neil Harris, a research fellow in drug policy at Rice University's Baker Institute for Public Policy, said there is no way to test whether CBD products come from hemp or marijuana.

"So essentially those products can be bought and sold legally and without repercussions," Neil Harris said.

Montgomery County District Attorney Brett Ligon said he believes people should be wary of the CBD trend as there is little research or regulation.

"Right now, it's kind of like the wild, wild west when it comes to CBD oil. It's not regulated. It's often times not tested. You don't know where it's being produced from," Ligon said. "I tell my personal friends, 'Hey look, just know that you don't know what you're getting.' But right now, hey, if it's lawful within the state law, it's lawful."

Gov. Greg Abbott signed two bills into law from the 86th Texas Legislature in June that pertain to medical marijuana and hemp. House Bill 3703 allows physicians to prescribe medical marijuana for illnesses such as terminal cancer and autism, not just severe epilepsy, as the law previously said. House Bill 1325 legalized the production of hemp with a THC concentration of less than 0.3%.

State Rep. Will Metcalf, R-Conroe, said in an email HB 1325 presents a unique opportunity for Texan farmers and hemp is a viable agricultural commodity for west Texas.

Ligon spoke to the Montgomery County Commissioners Court about HB 1325 on July 9. Ligon said the problem is most police departments do not have the necessary equipment to test for the presence of THC.

Following the bill's passage, several district attorneys, including Harris County District Attorney Kim Ogg, said they would limit how many new marijuana cases they would prosecute due to a lack of testing equipment. However, Ligon said marijuana is still illegal and his office has to uphold the law.

"If an officer can articulate that it's marijuana ... there was nothing in the law that said you could not arrest," Ligon said. "The law didn't change. Now, did it become more factually difficult to distinguish? Well, of course it did."

Sgt. Jeff Smith of the Conroe Police Department said in an email CPD officers do not have a specific policy toward CBD oil but reiterated Ligon's statement on probable cause.

"If a person were found in possession of any product that the officer believed to have more than 0.3% THC, the product could be seized and tested," Smith said.

On July 9, Ligon received funding from the Montgomery County Commissioners Court to hire labs to determine the THC percentage. During that meeting, he said HB 1325 was written to change farming, not law enforcement.

The fund established by the commissioners comprises $10,000 from Ligon's forfeiture budget and $10,000 from the court's contingency funds. Ligon said the tests cost $90 each and require a $100 certification. However, if the test shows the sample has an illegal amount of THC, the fee will be sent through the court system, and the county will recover its cost.

Local criminal defense attorney Gilbert Garcia said he believes public attitudes in Montgomery County have shifted in the last five years in favor of a more liberal stance on marijuana to the point where almost all of the jurors called for a recent possession case of his were in favor of legalizing marijuana.

However, Ligon said it is simply his duty to interpret the law to protect the residents of Montgomery County, even through difficult laws such as HB 1325.

"The role of the DA is to look at what the landscape is currently and then make a decision based on what the community standards are and what the law is, which is what we try to do," Ligon said.

Metcalf said HB 1325 did not end or lessen prosecution for marijuana.

Neil Harris said the public and many government officials need to understand deciding to decriminalize possession of marijuana is not the same as legalization.

"Saying you're not going to take charges for marijuana possession does not mean you're legalizing it," Neil Harris said. "That's not what's happening. It just means you're not punishing people for having it. But in no way are you creating a market for it."