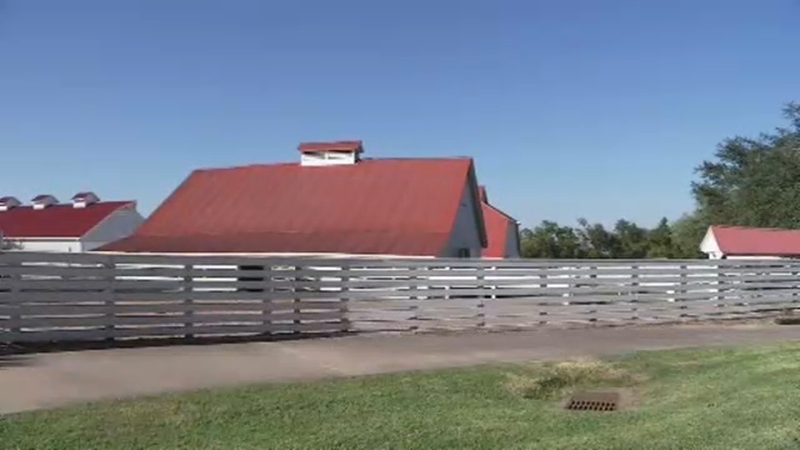 RICHMOND, Texas (KTRK) -- Despite a petition led by three Black students objecting to dances being held on a former plantation, Lamar Consolidated ISD said it is staying with plans to hold all of its proms this year at George Ranch Historical Park.

In a statement to Eyewitness News, a school district spokeswoman said the decision to hold proms at the historic site's outdoor covered arena was made due to "COVID-19 considerations" and after dances were canceled last year due to the pandemic.

"This will allow our students and staff to be socially distanced, outdoors and protected from potential rain showers," the district said. "We are looking forward to providing all of our seniors with an official school prom, after COVID-19 prevented this event last spring."

LCISD also pointed at other districts in the area holding field trips at George Ranch as part of its reasoning to keep proms at the site.

The school district was recently met with pushback by a LCISD high school senior Zenobia Wiley who shed light on the prom plans through a Change.org petition.

"The majority of LCISD is comprised of minority students-around 60% to be clear. With this in mind, you can understand the disbelief from students, us Black students in particular, when it was revealed our prom would be held at George Ranch Historical Park, a former plantation," Wiley stated in her petition that started on Tuesday.

She continued, "We are aware it may be too late to get LCISD to change our prom location. The goal of this petition is to allow us to show the Board of Trustees just how unacceptable this decision was, with hopes that such an atrocity will never occur again."

As of late Thursday morning, the petition was closing in on 1,000 signatures.

Eyewitness News has reached out to Wiley to elaborate on her petition as well as respond to LCISD's decision to keep proms held at George Ranch Historical Park.

The history behind George Ranch Historical Park, in brief

The current George Ranch site sits on more than 20,000 acres just off FM 762 in Richmond.

According to its website, the site preserves the "four-generational storyline" of the George family from its beginning in 1824.

The site mentions being a significant anchor of Fort Bend County history, and according to its blog, doesn't necessarily hide George Ranch's role in the slavery era. The ranch instead celebrates the contributions of freed Black cowboys who thrived during that challenging part of history.

"And while the racial tensions that impacted all of the south well into the 20th century certainly did not spare our area, Black cowboys encountered less prejudice and had more economic opportunity than many other African Americans," a George Ranch blog entry stated.

The bodies of 95 African-Americans who were part of the convict leasing and labor program were laid to rest at the site where they were found.