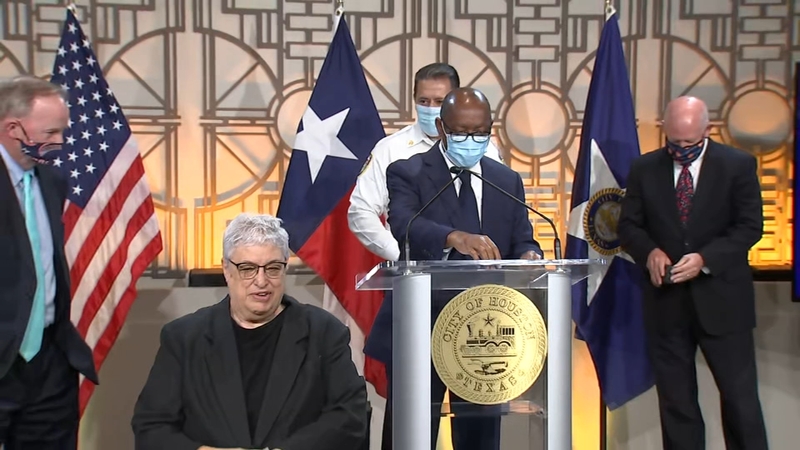 Houston service may be delayed with 200 workers sick

HOUSTON, Texas (KTRK) -- Mayor Sylvester Turner is addressing the city's response to COVID-19 in a press conference Monday at 3 p.m.

An increase in #COVID19 testing should mean a lower positivity rate. But in Houston, the opposite is happening. This means there is a very high level of disease spreading in our city. If we want to restore the economy, we must #MaskUp, #SocialDistance & #WashHands. #hounews pic.twitter.com/UsPjESr6nM

He said city services like trash pickup and street repairs may be impacted or delayed "because of what employees are having to face."

224 municipal/city employees, excluding fire and police, have tested positive for #COVID19. That is impacting the services Houstonians rely on like trash pick up.

Some precautions that have been taken for city workers are:

Despite these measures, more than five percent of the team is under quarantine for being exposed to the virus. This is why services by the Houston Public Works may see some delays.

"City employees are not immune," said Turner. "So, please be understanding if there are some delays."

Chief Pena said 162 firefighters are currently in quarantine. Of those 162, he said 38 have tested positive.

He said despite what people may have seen on social media, there are no fire stations that have been closed.

"We are doing everything we can to make sure all units are staffed," he said.