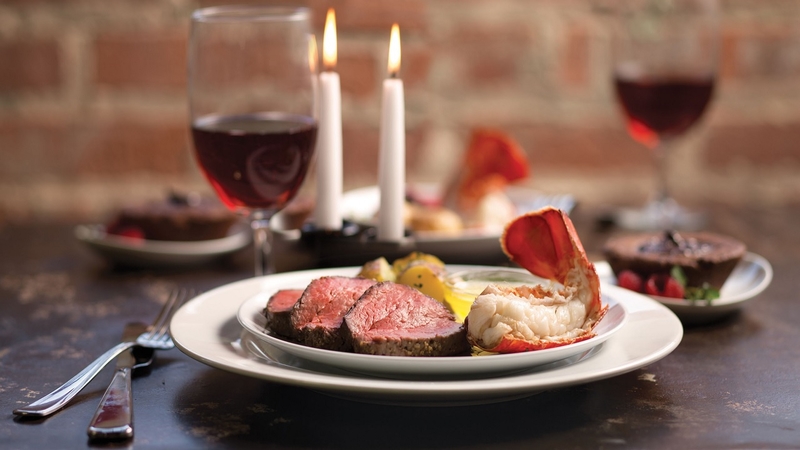 HOUSTON, Texas (KTRK) -- We know Houston is home to some of the best steakhouses in the country. Here are 10 favorites, as voted on by ABC13 viewers for having the best steaks in town!

Taste of Texas
The Houston landmark steakhouse opened in 1977, and has been serving up some of the freshest cuts of beef ever since. If you've lived here long enough, you may have taken a school field trip to the restaurant to learn about Texas history.

Killen's Steakhouse
Killen's has made several national lists of best steakhouses. Chef Ronnie Killen has returned to his hometown of Pearland after training at Le Cordon Bleu and honing his culinary skills throughout the U.S. Everything is homemade, and the only thing frozen in the kitchen is the ice cream!

If you're ready to cozy up to a hearty plate of hanger steak, check out this recipe from Lucille's.


Perry's Steakhouse
There are six Perry's locations in the Greater Houston area. Hopefully you'll still be able to snag a reservation for dad at one of them! Make it an early Father's Day treat by heading to their famous Porkchop Friday lunches!

Texas Roadhouse
We know, Texas Roadhouse is a chain with hundreds of locations across the country, but there must be a reason why it's so popular.

Saltgrass
Back in the 1800s, the Longhorn were driven each winter to the Texas Gulf Coast to graze on the rich coastal salt grass. And when they headed for market, they followed the legendary Salt Grass Trail, known far and wide for creating the best beef in the Lone Star State. The first Saltgrass Steak House still stands along this historic trail. Now there are 15 locations in the Houston area to choose from.

LongHorn Steakhouse
LongHorn is another national staple that is still a favorite among ABC-13 viewers. Make sure to join their eClub and you can treat dad to a free appetizer just for joining!

Fogo De Chao
If you've never had the Fogo de Chao experience, it goes like this: First, head to their salad and sides bar with over 30 items. When you're ready to really start eating, turn your card green side up. Then, the servers will bring 16 cuts of meats to your table for you to choose from. When you are done, flip the disc to the red side until you are ready for more offerings.

RELATED: The rub is the key for a great bone-in ribeye
EMBED More News Videos

Tradicao Steakhouse
Tradicao Brazilian Steakhouse is similar to Fogo de Chao. Each guest gets a coaster with a red side and a green side. Once finished with your salad, start signaling the gauchos (meat servers) by flipping over the coaster to the green side. This tells them you are ready to enjoy the 13+ succulent meats, which include lamb, beef, chicken, and fish. There is a Tradacao in Southwest Houston, as well as Clear Lake.