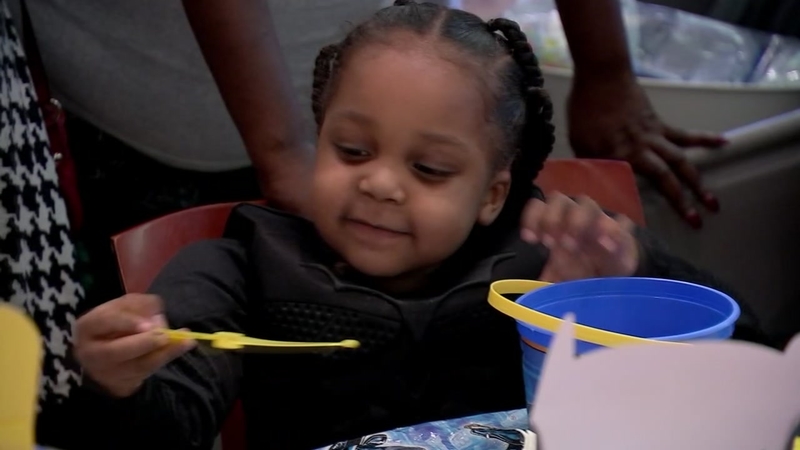 Five-year-old Sir Romeo Milam is now out of the hospital and celebrating after an organization collected toys for him for the holidays.

He was hit by a stray bullet and has been in the hospital since May.

He even celebrated his 5th birthday there.

His grandmother wants out of the neighborhood before he gets home from the hospital.

"So we can raise this boy somewhere else, so we don't have him growing up to be a statistic," said Milam.

But she doesn't have the means to move. After seven months in the hospital, she said the bills are in the millions.

Texas Attorney General Ken Paxton has a fund that helps victims with medical and other expenses. Plus, victims of domestic violence and sex offenses can receive funding to help them relocate.

However, victims of other violent crimes, such as homicide and attempted murder, are not eligible for relocation funds. They are eligible for all other forms of compensation.

They still live in the same apartment complex where Sir Romeo was shot. She took that message to Andy Kahan of Crime Stoppers.

"It dawned on me perhaps Sir Romeo's cause could be a catalyst for change," said Kahan.

Kahan is now working with a local lawmaker to add relocation expenses as a cost that's covered by the fund.

"At least this would give families, like Sir Romeo, an opportunity not to return back to the residence in which they suffered a life-long traumatic scenario," said Kahan.

Sir Romeo is expected to return home from the hospital by January.

His grandmother would like the healing process to continue in a place that isn't full of painful memories.

"Where you lay your head, that's supposed to be your sanctuary. This is no sanctuary out here," said Milam.

Kahan said the bill would be called the Sir Romeo Bill. If it passes, it would go into effect next September.
Report a correction or typo
Related topics:
societyhoustongovernmentfamilylawscrime stoppersgofundme
Copyright © 2021 KTRK-TV. All Rights Reserved.
More Videos
From CNN Newsource affiliates
TOP STORIES