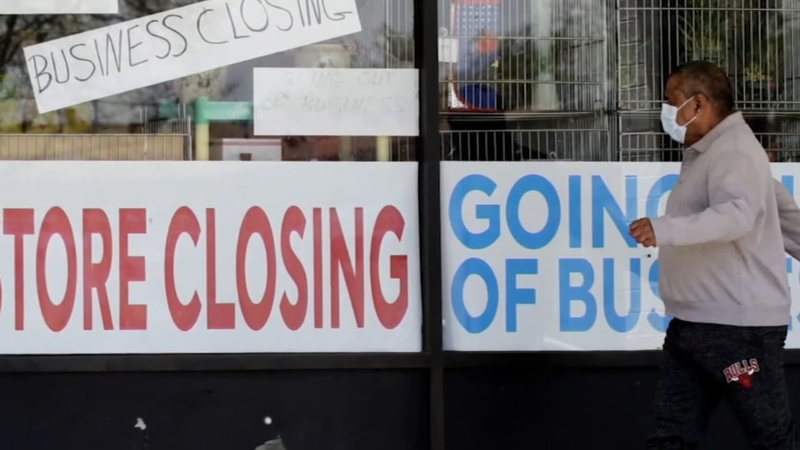 HOUSTON, Texas (KTRK) -- The extra federal unemployment benefit comes to an end in Texas next week, but there's still a chance it gets extended.

The clock is ticking to see what happens with the increased unemployment benefit. Right now, unemployed Texans can receive an extra $600 a week.

A boost Jaylen Curtis said has helped him tremendously.

"In my case, bills that were behind, you could catch up on," Curtis said.

Although he's back at work, Curtis is worried about others who may not have returned to their jobs.

"If you're not supposed to be out, and you don't have a job, really, that $600 is all you have to live by," Curtis explained.

Congress approved the increased unemployment benefit to last until the end of July, but it's set to end next week for Texans.

Here's how much of a difference the benefit makes. Right now, the average unemployed Texan receives about $1,900 every two weeks. In August, it drops to $700.

"State unemployment benefits will continue to be paid after the week ending on July 25," Gamez said. "They simply won't include the additional $600 anymore."

RELATED: Why extra $600 in unemployment benefits is ending early for Texans

The extra $600 could continue, but it'll need congressional support.

The House already approved an extension, but it will be up to the Senate, who returns to work next week.

We couldn't get an answer from U.S. Senator John Cornyn's office on the benefit, but they do say he's eyeing another stimulus, including help for health care workers, and municipalities that lost sales tax money.

Instead, he would like a long-term solution to help with the pandemic.

"Sen. Cruz believes the focus now should be on long-term recovery, not short term relief. And that after sending nearly $3 trillion to our cities, states, job creators, and hardworking families, Congress should stop spending money it doesn't have. Sen. Cruz is focused specifically on tax reform and regulatory reform proposals to help the millions of small businesses that are now reopening and rehiring their employees not only survive, but thrive," a statement from Cruz's office read.

But with Texas possibly facing another shutdown, some say now is not the time to end the benefits.

"The $600 bonus made it be livable. It helped you be able to survive," Curtis said. "Especially, with everything being shut down right now."