Harvey debris clean up ends in Friendswood and Dickinson Saturday 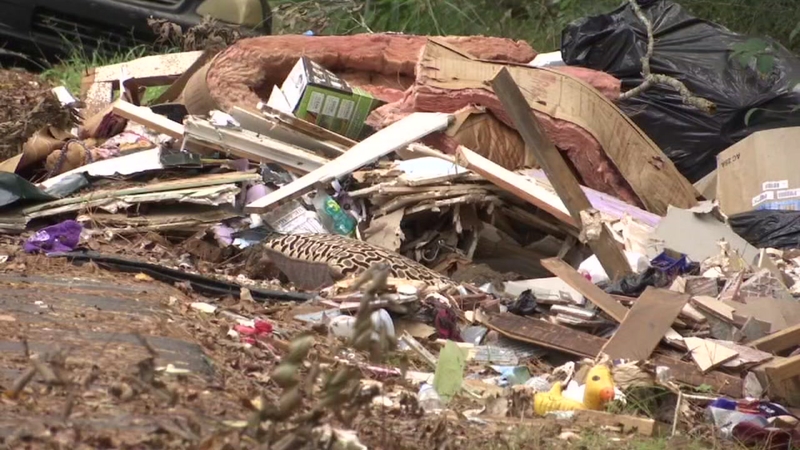 On Saturday, both Friendswood and Dickinson will end its pick-up. Both cities made three passes since August.

But to some neighbors, it's not enough.

"There's quite a lot of debris that the city hasn't finished picking up," Dickinson neighbor Toni Costa said.

Costa's Dickinson home had feet of water during the storm.

"The furniture was floating," Costa said. "The refrigerator was upside down. It was heartbreaking."

"It is what it is," Dickinson neighbor Emery Allen Jr. said. "I'm taking it one day at a time, trying to get to a to b."

Allen is not only dealing with his home, but the mess on his lawn.

"If the city is not going to pick it up I have to," Allen said.
Dickinson said officers went into neighborhoods to find areas that still need help.

In Friendswood, the city said if they missed you to call the office of emergency management.

However, for the majority of people, after Saturday, debris removal becomes their responsibility.

With more clean up still to come, both cities are concerned about illegal dumping.

But now that they're almost done, each city is worried about illegal dumping.

"We are actively monitoring various areas that are problem spots for us for illegal dumping, but it is a concern for the city," Friendswood Assistant City Manager Morad Kabiri said.

If someone is caught doing dumping, they face a $2,000 fine.

"It's an impact to the environment," Kabiri said. "This material has mold on it, other hazardous waste such as paints and gases from folks homes that were impacted."

Friendswood neighbors don't have to only rely on trucks Saturday.

"If there are any downed trees, any limbs, any fences, you can bring those items to the park and we will take care of those items for you," Friendswood Parks and Recreation Director James Toney said.

From 8:00 a.m. until 2:00 p.m., Friendswood neighbors can bring wood debris to Centennial Park for the annual fall haul event.
However, storm damaged household goods will not be accepted.

"Right now, it's considered hazardous because of the flood waters," Toney said.

If you're looking for other options, you can throw stuff away. The items must be sorted and placed with your trash.

However, neighbors cannot throw paint or any other hazardous waste away.

There are dumps as well. At the Dixie Farm Road location, it costs $9 a cubic yard.

However, you can't bring electronics or appliances at that site.

Those are options neighbors said they need because there's still so much to do.

"It's more than we can handle, but we're just doing our best," Allen said. "Sooner or later, we're going to be there."